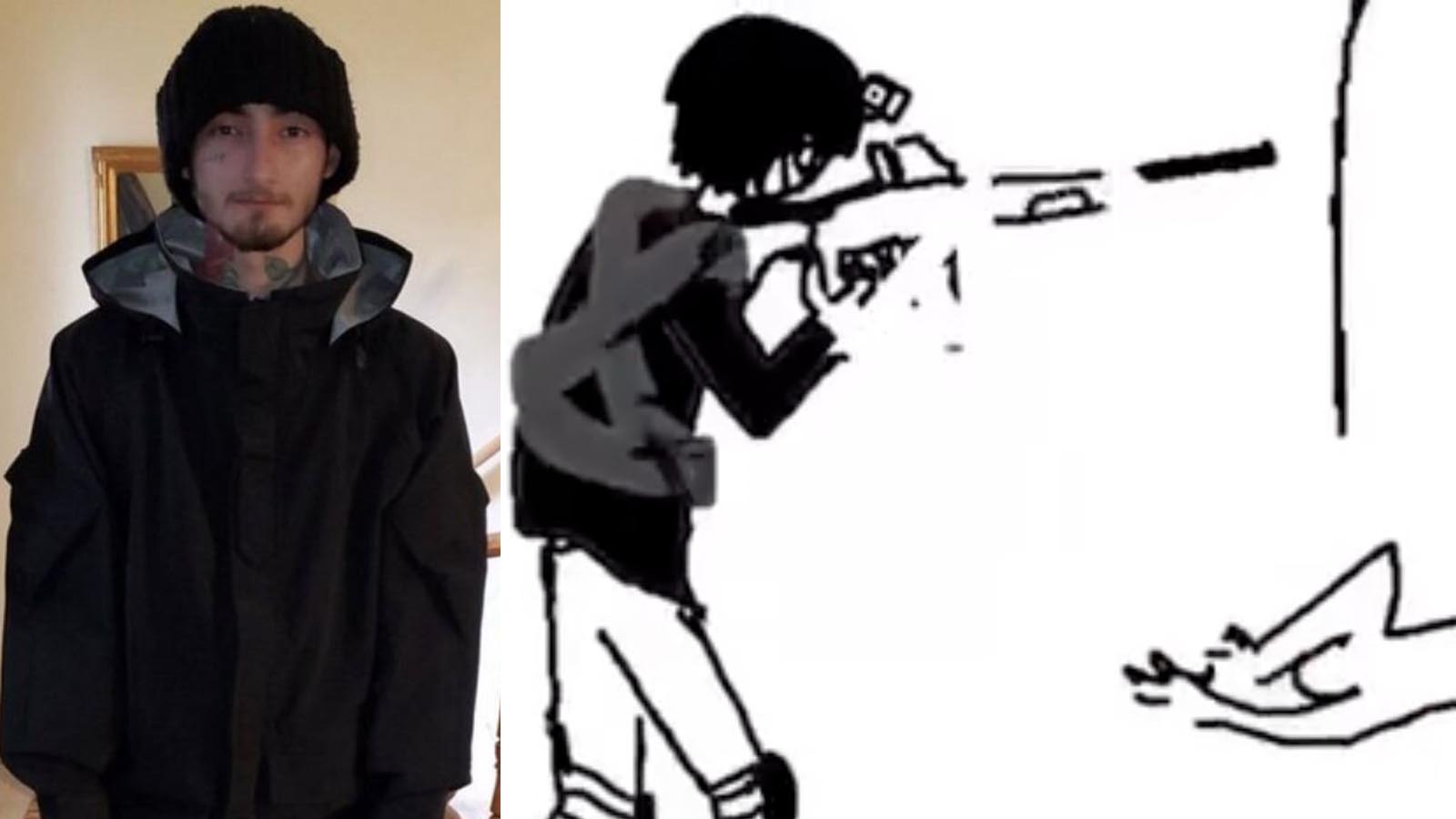 A bizarre video uploaded to YouTube eight months ago (approximately November 2o21) featuring the person of interest in the Highland Park, Ill. shooting has been discovered.

A post about Robert “Bobby” E. Crimo III, 22, who also goes by the stage name “Awake,” has Crimo reciting a poem in which he frequently repeats that he is “like a sleepwalker” that “can’t be stopped.”

“I know what I have to do. I know what’s in it, not only for me, but for everyone else. Where am I going? I don’t know, I don’t care. There is no past or future, just the now.

“It is more abstract than I could ever have imagined. I can feel the atmosphere pushing me in. It’s unstoppable. Like a wave pulling me under, I can’t breathe without it. I can’t see or hear what I don’t want. I need to leave now, I need to just do it.

“It is my destiny. Everything has led up to this. Nothing can stop me, not even myself. Is there such a thing as free will? Or has this been planned out, like a cosmic recipe, it is what I’ve been waiting for in the back of my head, ready to be awakened. It’s what I was sent here to do, like a sleep walker, walking steady with my head held high, like a sleep walker, walking blindly into the night.”

A post about Robert “Bobby” E. Crimo III, 22, who also goes by the stage name “Awake,” has Crimo reciting a poem in which he frequently repeats that he is “like a sleepwalker” that “can’t be stopped.”

Crimo is the lead suspect in the Highland Park shooting that saw 6 dead and two dozen killed earlier on Monday during the Fourth of July parade.

Police have identified 22-year-old Robert “Bobby” E. Crimo III, 22, as the suspect. “He may be driving a 2010 silver Honda Fit, license plate DM80653. He is considered armed and dangerous.