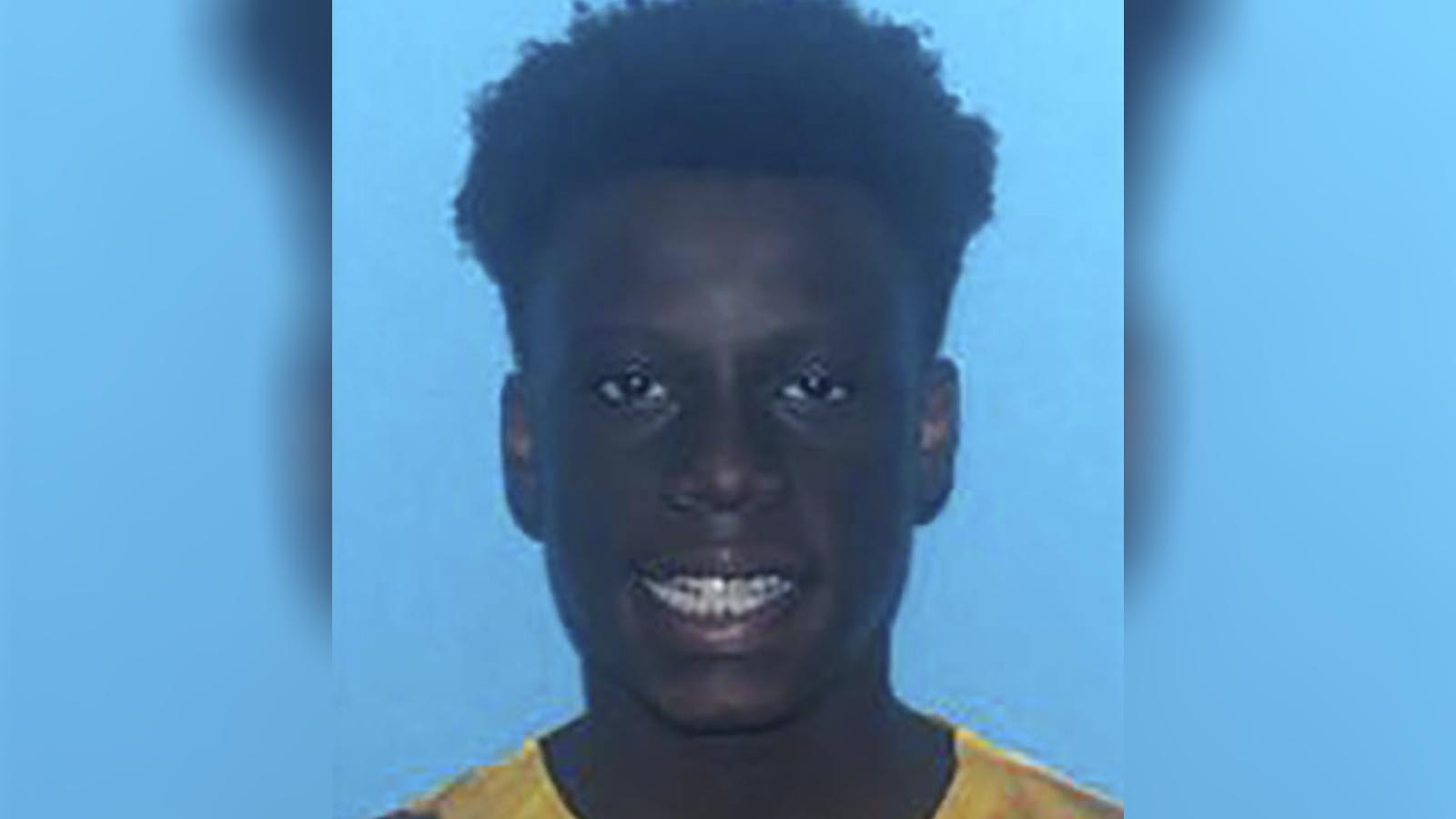 Another day, another race hoax.

The poster, whose Facebook page included a Confederate battle flag, said he and friends, “Are coming to [the] Opelika Alabama fair to kill every NEGRO that we lay eye contact on so be prepared. WHITE POWER.”

The Opelika PD announced they have identified the poster as a Black teenager from Lafayette, AL.

A Black Louisiana teenager has been identified as the person who posted a social media message late last month that threatened to kill Black people at an Alabama fair and used white supremacist imagery, police said Thursday.

Pharrell Smith, 18, of Lafayette, La., was arrested by Lafayette police Thursday on unrelated charges and is expected to be extradited to Alabama to face a felony charge of making a terroristic threat once he is released from custody in Louisiana, Opelika police said.

Opelika police began investigating the Facebook post Sept. 19 where the poster, later identified as Smith, said he and his friends “are coming to [the] Opelika Alabama fair to kill every NEGRO that we lay eye contact on so be prepared. WHITE POWER.”

UPDATE: Officials were able to trace the social media account to a residence in Lafayette, AL. Through the investigation, 18-year-old Pharrell Smith was developed as a suspect. On 10/06/2022, the City of Lafayette Police Department arrested Smith on unrelated charges. Once he is released from their custody, Smith will be extradited to the Lee County Justice Center where he will be arrested on a Terroristic Threat charge. This case is still under investigation. 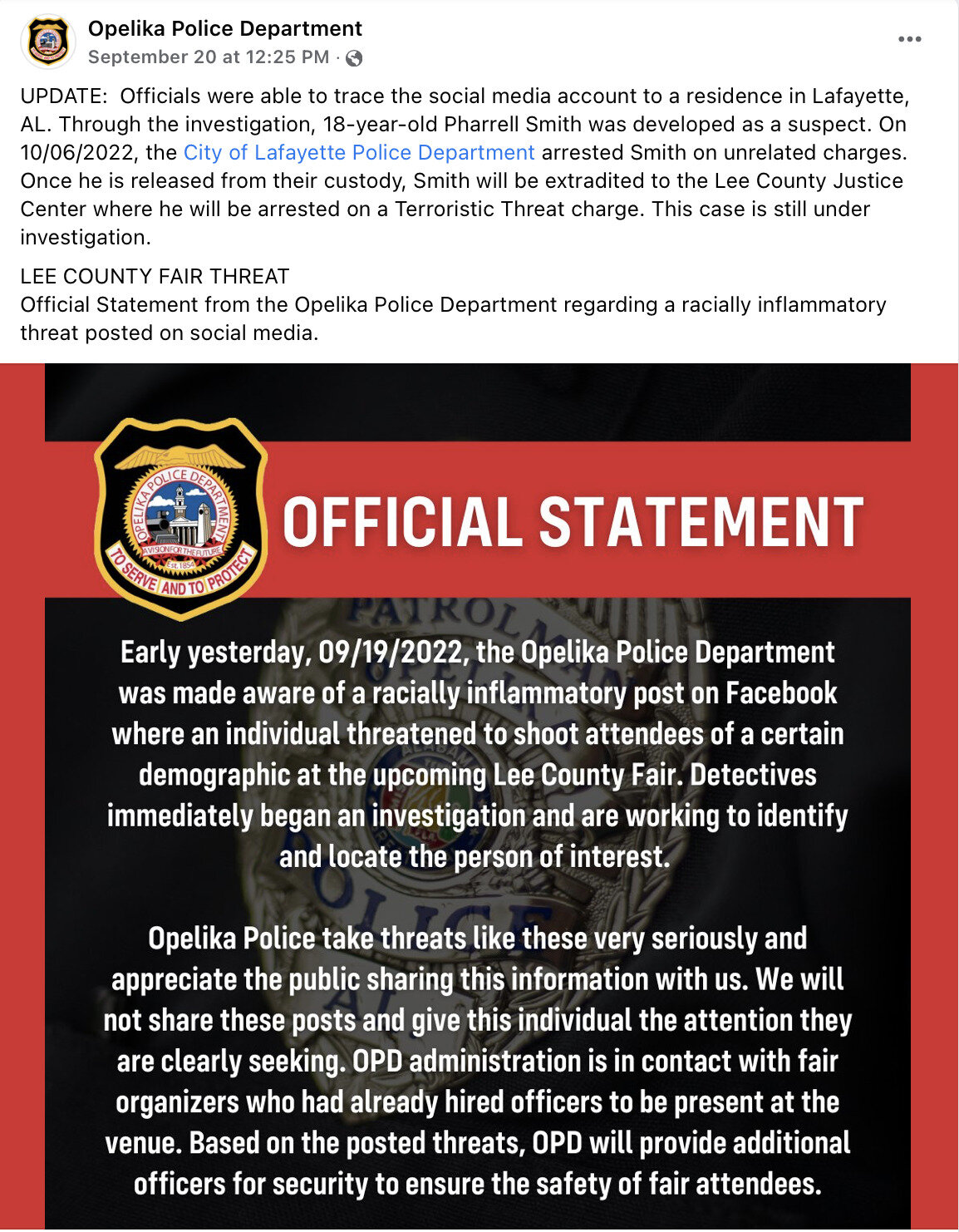