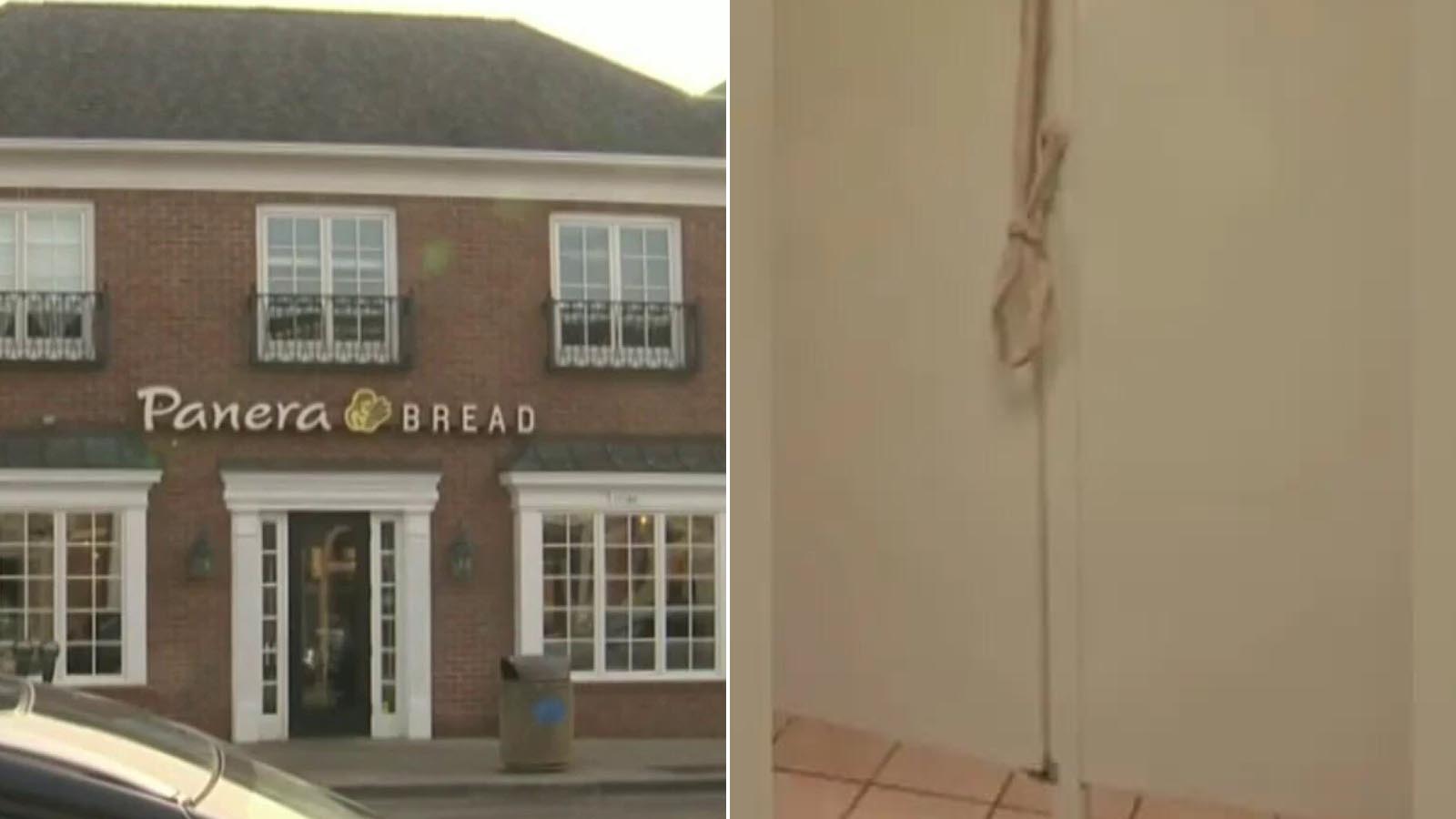 A hate crime investigation has been opened after a “noose” made from paper towels was found in the bathroom of a Michigan Panera restaurant.

The mayor of Gross Pointe, where the alleged “noose” was found, called the paper towels a “hate crime.”

“This is a hate crime that is unacceptable and will not be tolerated in our community,” said Grosse Point Mayor Sheila Tomkowiak in a statement. “The noose, which is a symbol of human oppression and violence, has no place here. Any attempts at racial intimidation will be dealt with to the full extent of the law.”

The restaurant’s assistant general manager Kareema Regular said that most of the staff there are black.

“Ninety-nine percent of us who work here is Black, so it’s no way around it that that wasn’t intended for us,” Regular told Fox 2

Regular continued, “one of my team managers went into the men’s restroom and discovered this noose made out of paper towel hanging in the stall.”

Police were called to the scene and are investigating it as a hate crime.

“I had to be the work the very next day at 5 a.m. and I was terrified in the morning,” said Regular. “Because I didn’t know what to expect.”

Surveillance video was pulled, which showed a group of teenagers going into the bathroom before the discovery.

“They were able to (get some video footage of) a group of students who were here around the time of the incident now waiting to see what the outcome is,” Regular said.

Last month, a former Oriental Trading employee in Nebraska was sentenced to four months in prison for leaving a twine noose on a floor scrubber.

The prosecution claimed that Bruce Quinn left the noose on the equipment, knowing it would be used by a black employee.

“Federal courts have long recognized the noose as one of the most vile symbols in American history,” said Assistant Attorney General Kristen Clarke for the Justice Department’s Civil Rights Division in a statement to ABC News. “Individuals, like this defendant, who use a noose to convey a threat of violence at a workplace will be held accountable for their actions.”

In addition to the four months in prison, Quinn will also have one year of supervised release.

Quinn had no prior criminal history.