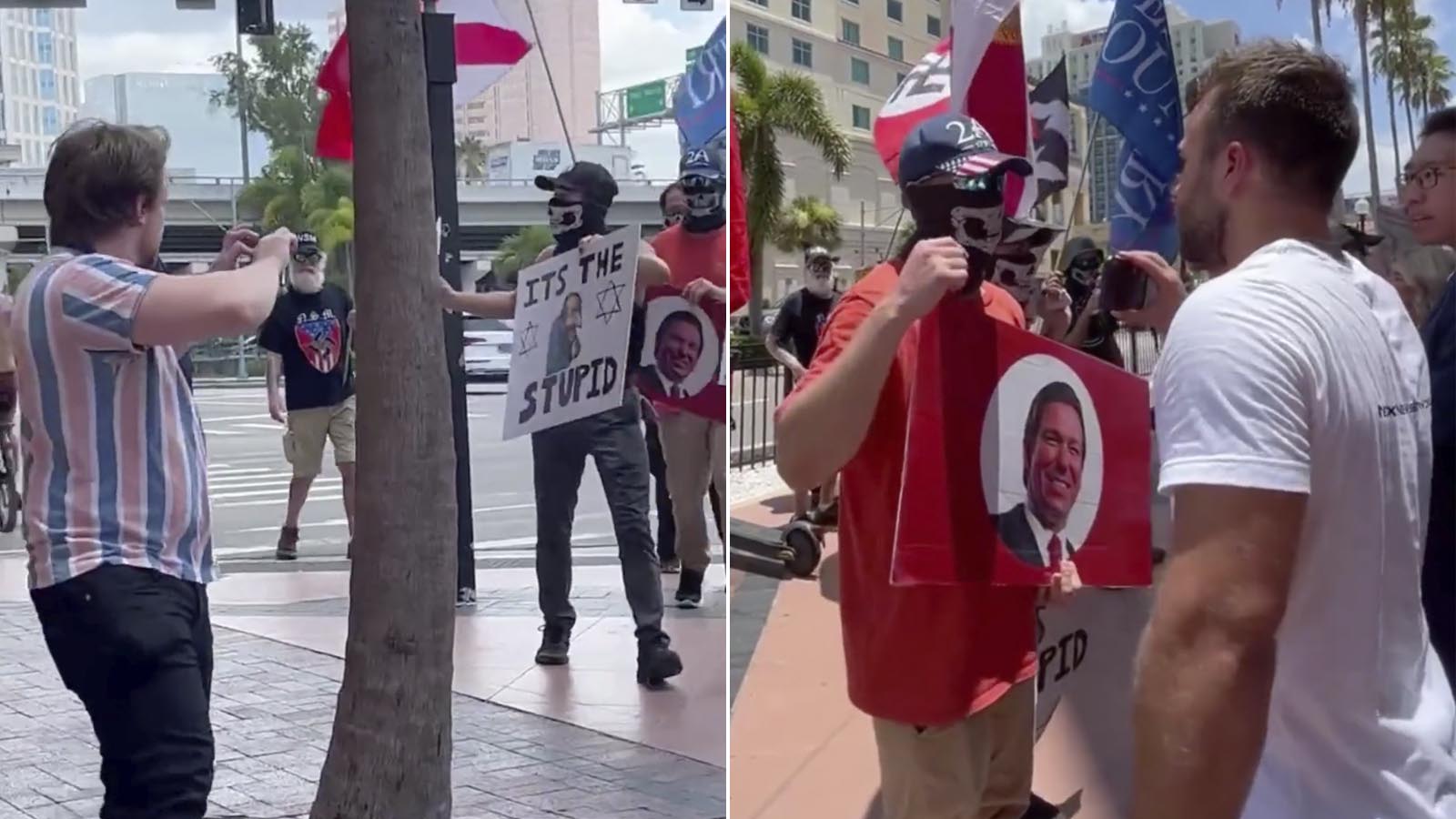 Remember the fake tiki torchbearers who pretended they were supporters of Glenn Youngkin near one of his campaign buses in October 2021? Of course, it was a little difficult for them to sell the white supremacist effort when one of them was black. But, it was such a ridiculous attempt at a smear against Youngkin. The Lincoln Project took the blame for that odious stunt.

The stunt didn’t help the Democratic cause — Terry McAuliffe went down to crushing defeat, with that November win and sweep by the Republicans in Virginia a likely harbinger of the red wave that is to come this November.

But because of that, we’re all very aware of such efforts to try to smear conservatives.

Now, I don’t know if it’s a fake op, but a small group of people carrying Nazi flags and anti-Semitic material turned up outside the Turning Point Student Action Summit in Tampa, Florida, Saturday. They also were holding a picture of Florida Gov. Ron DeSantis and a DeSantis flag, although DeSantis would have nothing to do with such things.

Warning for graphic images and language:

Some Nazis showed up. Unclear if they’re serious or pretending — to try to claim conservatives support them so they can get coverage in left-wing media.

Without an exception, all the conservative attendees who came out were calling out their hate and telling them to leave. pic.twitter.com/L3qjdgSj1g

If I had to guess: this is staged. I just hope left-wing outlets don’t fall for this. pic.twitter.com/CuuAtaA3A6

#WATCH | Fascist protestors with Nazi flags are gathered at the Tampa Convention Center, where #SAS2022 is being held. 📍

#WATCH | Fascist protestors with Nazi flags are gathered at the Tampa Convention Center, where #SAS2022 is being held.

Now, they may be real Neo-Nazis, but they had nothing to do with the event, and anyone who was at the event told them to go away. But, it does smell like an op, with the effort to smear DeSantis.

And you know they’re not conservatives, as they’re wearing masks, in addition to the fact that no conservative would support such sentiments.

Funny how the leftists were all over it and spreading it, as though it had something to do with the event and DeSantis.

Welcome to Desantis's America, where Nazis & Fascists get to roam free. #GTFOH https://t.co/3tCdbzOFHZ

How desperate is the left to try to demonize Republicans–and specifically, Florida Gov. Ron DeSantis? Very desperate. And any media that would fall for that smear would have to have their heads examined. But unfortunately, many in liberal media would run with it.

People made guesses that we were seeing a rehash of the tiki torchbearer incident.

@ProjectLincoln can you call off the paid for members? pic.twitter.com/CTJ5dbWSjX

Whatever was happening there, it stinks to high heaven.