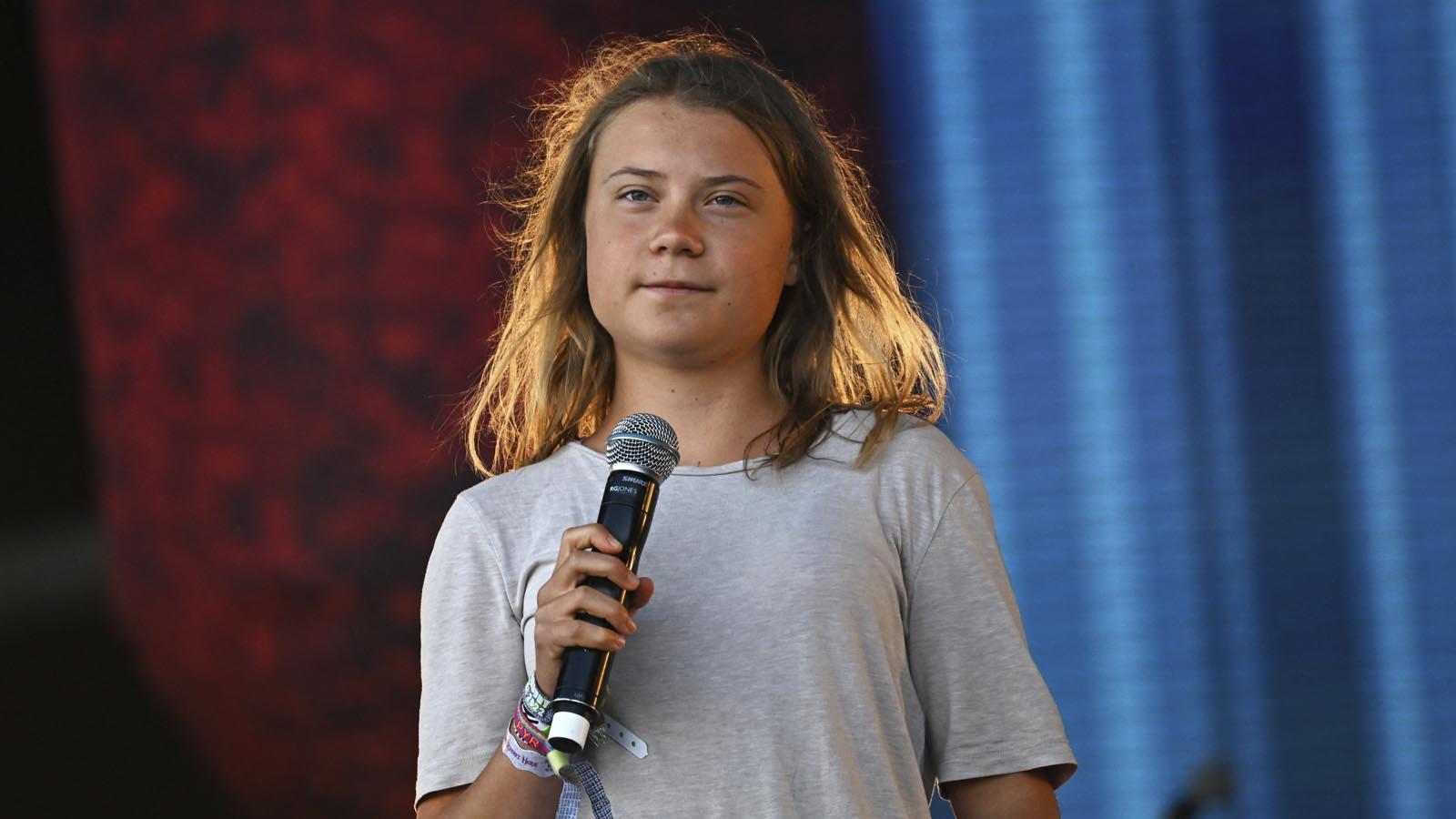 Climate change activist Greta Thunberg, who has been propped up by global elites and central planners since she was a child, is finally admitting her activism isn’t about saving the environment.

Instead, it’s about tearing down capitalism and implementing communist, government controlled systems around the world. 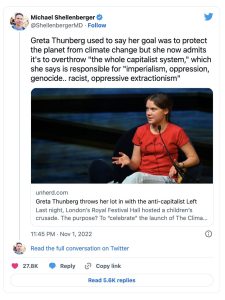 Former California gubernatorial candidate Michael Shellenberger is explaining how capitalism has been a gift to human kind and how devastating Thunberg’s ideology is to most of the world.

The "whole capitalist system" produces larger food surpluses than any other in history pic.twitter.com/bTzb9Xn0JL

Thanks to Greta's war on natural gas, this year will be a record year for coal, globally, Europeans are burning garbage and wood to stay warm, and governments are nationalizing failing electricity consumption. https://t.co/oQOVtZ5UDq

As such, it's clear Greta doesn't care at all about climate change or the environment. If she did, she wouldn't be seeking to overthrow "the whole capitalist system," she'd be seeking its expansion to places under the oppressive yoke of feudalism.

Few things are as devastating for poor & oppressed people than a scarcity of energy & food, which is precisely what Malthusian elites like Thunberg want. She urged nations to panic. They did. The result is the worse food & energy crisis in a half-century.https://t.co/jwQqne55Sq

What Thunberg is advocating is a Great Reset. That's why she said she doesn't want civilization to go “back to normal." The result is havoc around the world.https://t.co/VBtqGcf3DY

Meanwhile, the Biden administration continues its war on fossil fuels and officials, including President Biden, are moving forward with their forced transition to expensive and inefficient energy.

John Kerry: “President Biden’s goal” is to have only “electric cars being manufactured.” pic.twitter.com/HYopLeeOOR