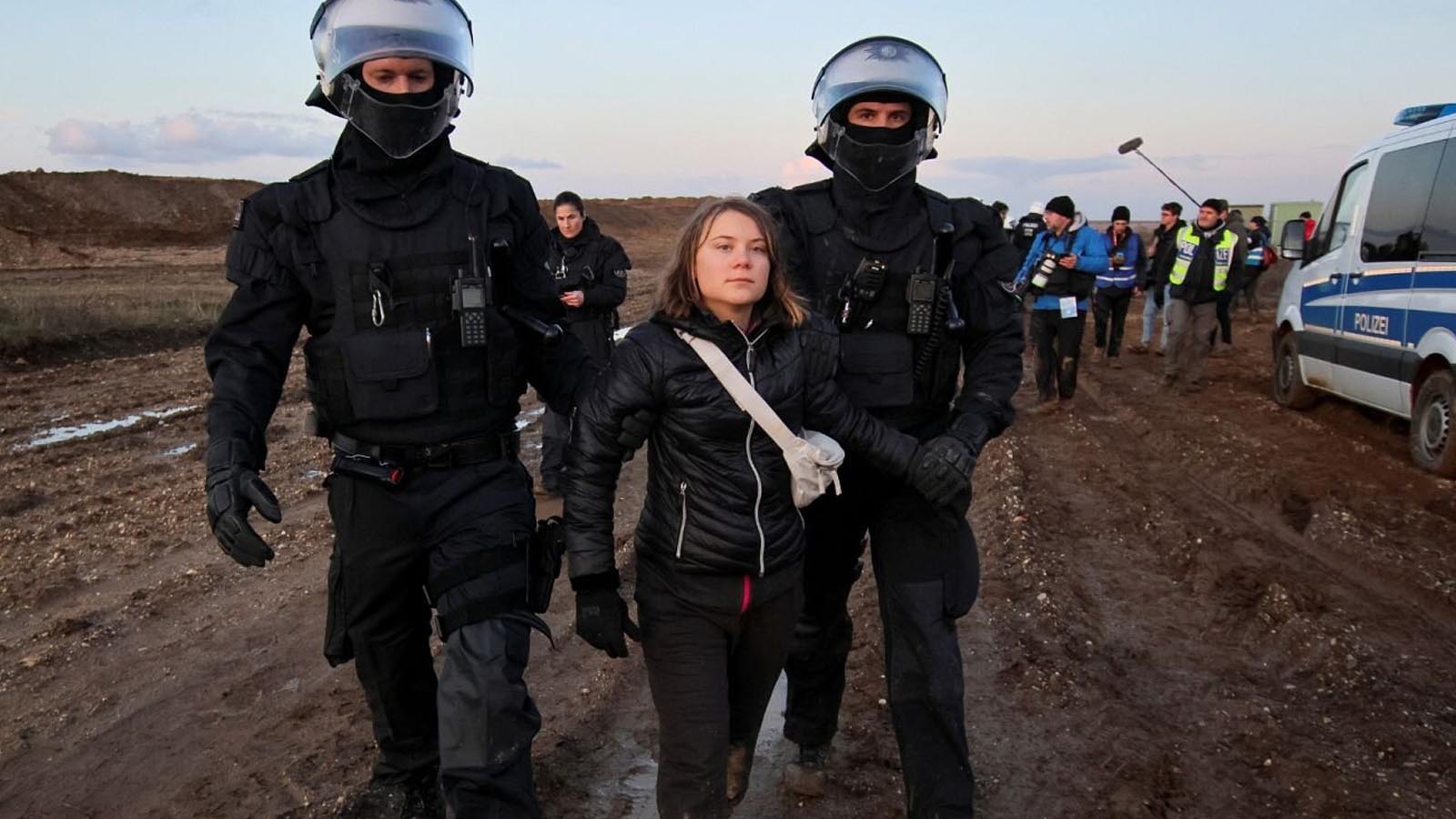 Swedish climate activist Greta Thunberg on Sunday protested against the expansion of a coal mine in Lützerath, Germany.

German police carried Thunberg away from the protest after she refused to comply with requests to vacate the area.

On Tuesday, Greta Thunberg was detained by German authorities for protesting again in a new coal mine.

Climate campaigner Greta Thunberg was detained alongside a group of activists on Tuesday during protests against the demolition of the coal village of Luetzerath, according to police.

A spokesperson for the police division in the region said it was not yet clear what would happen to Thunberg, who joined protesters at the site last week to campaign against the expansion of the mine, owned by energy giant RWE.

Thunberg was detained while protesting at the opencast coal mine of Garzweiler 2, some 9 kilometres (5.6 miles) from Luetzerath, where she sat with a group of protesters near the edge of the mine.

Thunberg, was seen sitting alone in a large police bus after having been detained, a Reuters witness said.

“We are going to use force to bring you to the identity check, so please cooperate,” a policeman said to the group, according to Reuters footage.

“Greta Thunberg was part of a group of activists who rushed towards the ledge. However, she was then stopped and carried by us with this group out of the immediate danger area to establish their identity,” a spokesperson for Aachen police told Reuters, adding one activist had jumped into the mine.

Something about recycling pizza boxes or protesting at home or something.