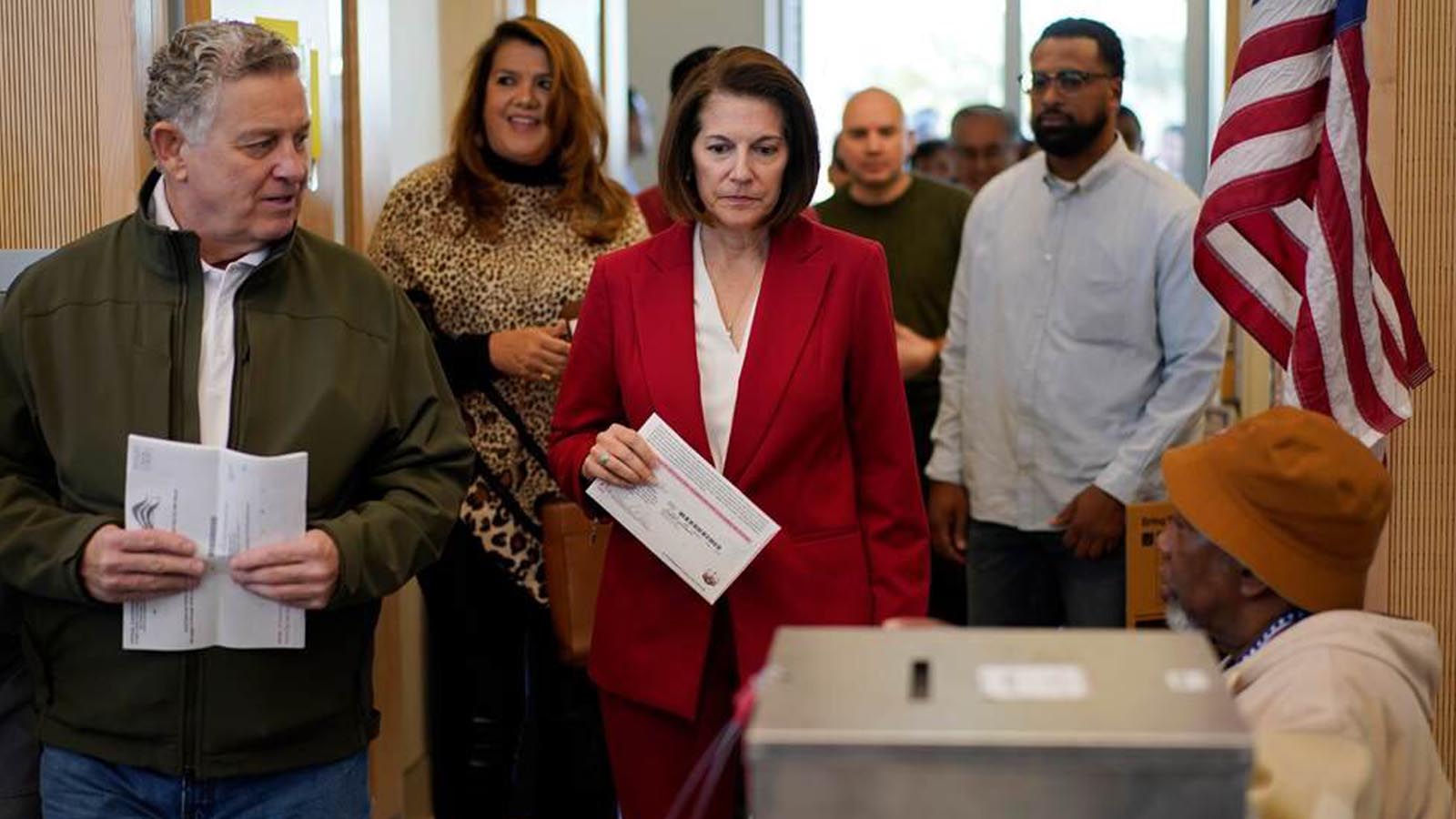 Enough votes were finally counted in Nevada by Saturday evening for Decision Desk HQ to project that incumbent Democrat Senator Catherine Cortez Masto had defeated Republican challenger Adam Laxalt, sinking any remaining GOP hopes of retaking control of the Senate in the midterms. 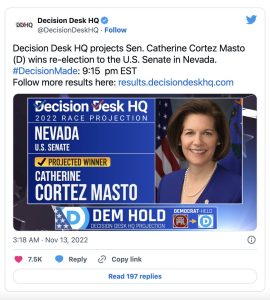 With the call in Nevada, Democrats now have 50 seats while Republicans have 49. The final margin will come down to what happens in the Georgia U.S. Senate runoff on December 6 where Republican Herschel Walker is seeking to unseat Democrat Sen. Raphael Warnock.

If Warnock wins, then Democrats will hold a 51-seat majority in the United States Senate. If Walker is able to pull off a win, then the U.S. Senate will, with a few new faces, be the same 50-50 split it was for the last two years in which Vice President Kamala Harris was needed as a tie-breaker on any party-line votes.

So, regardless of what happens in Georgia, Democrats will retain their majority in the Senate, either with 51 votes including Warnock or with their technical majority composed of 50 Democrats plus VP Harris.