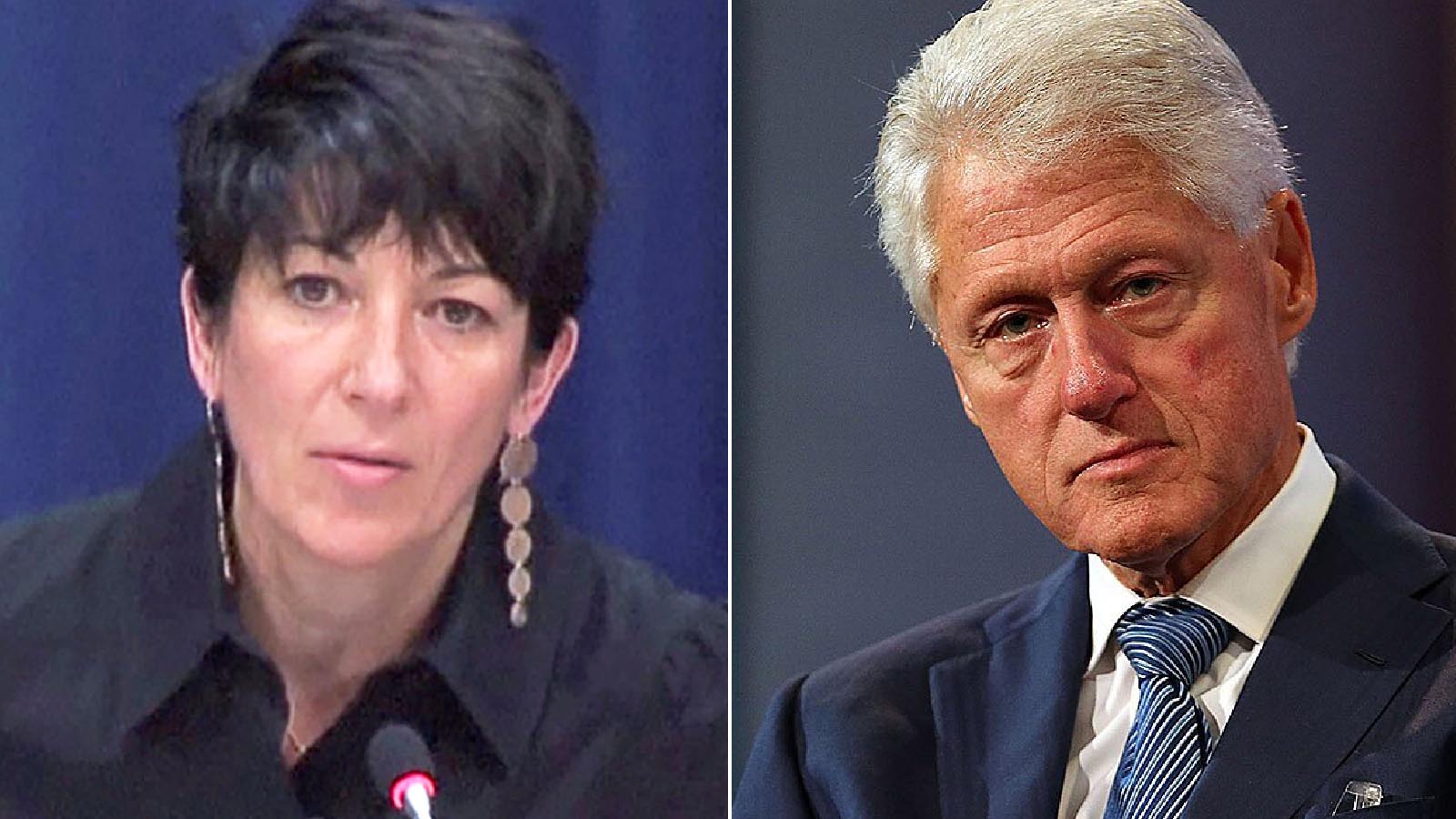 Convicted sex offender Ghislaine Maxwell cited her connections to former President Bill Clinton in a request for a lesser sentence for her crimes.

The 60-year-old accomplice of convicted sex offender Jeffrey Epstein will receive her sentencing on June 28.

In a 77-page court filing, Maxwell cited her involvement in Clinton’s philanthropic work as why she must be handed a lesser sentence of four years’ imprisonment, The Daily Mail reported.

The court filing argued that prosecutors were “scapegoating” Maxwell and treating her as a “proxy” for Epstein’s crimes.

The filing further argued that Maxwell demonstrated a “desire to do good in the world” because she helped kickstart the Clinton Global Initiative, The Daily Mail reported.

These “accomplishments,” according to the filing, include “becoming an Emergency Medical Technician (EMT), a helicopter pilot, a submersible pilot, a banker; partnering with the Cleveland Clinic to establish a telemedicine platform to enable people in remote areas to obtain quality medical treatment; helping develop the Clinton Global Initiative; and supporting a variety non-profit and charitable organizations.”

Maxwell is not an “heiress, villain or vapid socialite,” the filing said. Instead, the filing said, Maxwell had “energy, drive, commitment, a strong work ethic and desire to do good in the world,” The Daily Mail reported.

“She has supported friends and family through tough times and personal crisis and currently is assisting women in her unit at the MDC,” the filing stated. “She has endeavored to contribute to society … (by) helping launch the Clinton Global Initiative.”

Maxwell was convicted in December last year of five counts related to luring teenage girls and women for sex.

The charges included two counts of violating the Mann Act, which prohibits the transport of people across state borders for unlawful sexual activity.

She was also hit with two counts of conspiracy to violate the Mann Act.

Prosecutors alleged that during her time with Epstein, Maxwell served as his madam, helping him find vulnerable women and minors to satisfy his and his often powerful and influential clients’ sexual tastes.

In the filing seeking a lesser sentence, Maxwell’s lawyers wrote that Maxwell’s “treatment” while in confinement awaiting sentencing was “unnecessarily and intentionally degrading and threatening,” The Daily Mail reported.

“While in isolation, a high-ranking prison guard told Ms. Maxwell that there was concern that she would be shot by a sniper,” the document stated.

“Putting aside the reason and propriety of dispensing this alarming information, the diminution of security concerns resulting in her transfer to general population appears correlated to Ms. Maxwell having been sufficiently safeguarded to fill Epstein’s empty seat.”

“On information and belief, one of the female inmates in Ms. Maxwell’s housing unit told at least three other inmates that she had been offered money to murder Ms. Maxwell and that she planned to strangle her in her sleep. The inmate who made the threat has been moved to the SHU (special housing unit), presumably to protect Ms. Maxwell.”

“This incident reflects the brutal reality that there are numerous prison inmates who would not hesitate to kill Ms. Maxwell – whether for money, fame or simple ‘street cred,’” the court filing stated.

Maxwell’s attorneys wrote in court documents published Wednesday that Maxwell should receive a sentence lesser than the 50-year maximum.

The lawyers stated that giving Maxwell a higher sentence would be “absurd” and that she did not present a “containing danger to the public,” according to The Daily Mail.

“In sentencing Ms. Maxwell, the Court cannot be influenced by this inexorable drumbeat of public condemnation calling for her to be locked away for good.”

‘The Court cannot heal the wounds caused by Epstein by heaping on Ms. Maxwell’s shoulders the pain of every one of his victims, the outrage of society, the public scorn of the community, and then driving her out of the community forever,” the lawyers wrote.

“While that may assuage the public and give the perception that ‘justice was done,’ that is not justice. That is scapegoating. Ms. Maxwell must be sentenced on the record before the Court and not these external pressures,” the filing stated.