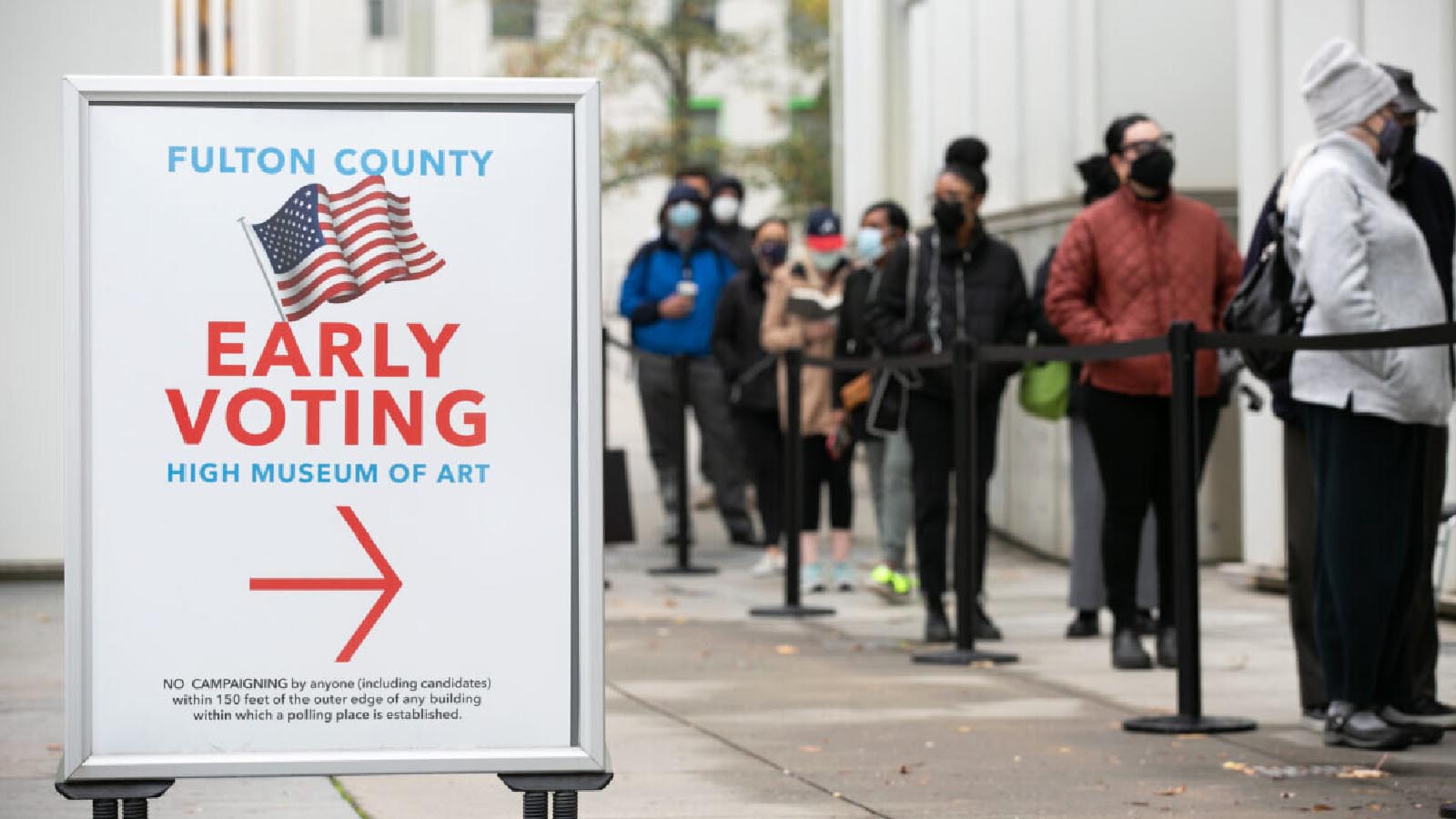 Early voting in Georgia broke records this week despite last year’s adoption of election integrity measures that critics derided as “voter suppression” and President Joe Biden called a “blatant attack” on the Constitution and compared to a Jim Crow-era relic.

More than 710,000 people had voted early in Georgia’s primary election as of May 19, according to the secretary of state’s office, which is 149 percent higher than at the same point in 2020, when elections officials encouraged vote-by-mail and early voting to reduce crowding at polling stations amid the COVID-19 pandemic.

“The record early voting turnout is a testament to the security of the voting system and the hard work of our county election officials,” Georgia Secretary of State Brad Raffensperger said in a statement.

“As Secretary of State, I promised to strike a strong balance between access and security in our elections, and these numbers demonstrate that I kept that promise and that voters have confidence in Georgia’s elections,” he added.

Allegations of voter fraud and other irregularities in the 2020 election prompted Republicans in a number of states to advance measures they argued were meant to shore up election integrity and public confidence in the electoral system.

Among these was Georgia’s Election Integrity Act of 2021 (pdf), or SB 202. The reforms ushered in by the bill include requiring photo or state-approved identification to vote absentee by mail. They also mandate that secure drop boxes be placed inside early voting locations, with constant surveillance, while expanding early voting across the state.

When it was signed into law by Georgia Gov. Brian Kemp in March 2021, SB 202 drew praise from backers of elections security initiatives and criticism from those who claimed the bill amounted to voter suppression.

President Joe Biden criticized SB 202 as “a blatant attack on the Constitution and good conscience.”

“It adds rigid restrictions on casting absentee ballots that will effectively deny the right to vote to countless voters,” Biden said during his first solo press conference on March 26, 2021.

Calling the Georgia voter law “sick” and “un-American,” Biden labeled it as “Jim Crow in the 21st century,” referring to Jim Crow laws that enforced racial segregation in the South.

“It must end. We have a moral and constitutional obligation to act,” Biden said at the time, prompting Kemp to reject the president’s characterization of the law.

“It is obvious that neither President Biden nor his handlers have actually read SB 202, which I signed into law yesterday,” Kemp said in a statement emailed to The Epoch Times. “This bill expands voting access, streamlines vote-counting procedures, and ensures election integrity.”

A number of voting rights groups filed several lawsuits over Georgia’s election law, with one complaint calling it “the culmination of a concerted effort to suppress the participation of black voters and other voters of color by the Republican State Senate, State House, and Governor.”

Raffensperger, who was named as a defendant in one of the lawsuits, said in a statement in March 2021 that he implemented a version of the identification requirement ahead of the 2020 election and that it didn’t lead to a falloff in turnout.

“The left said that photo ID for in-person voting would suppress votes. It didn’t. Registration and turnout soared, hitting new records with each election cycle,” Raffensperger said at the time.

“Their cataclysmic predictions about the effects of this law are simply baseless. The next election will prove that, but I won’t hold my breath waiting for the left and the media to admit they were wrong,” Raffensperger added.

The record-breaking early voter turnout numbers in the 2022 primaries that Raffensperger’s office announced on Friday provide a datapoint in support of his forecast.