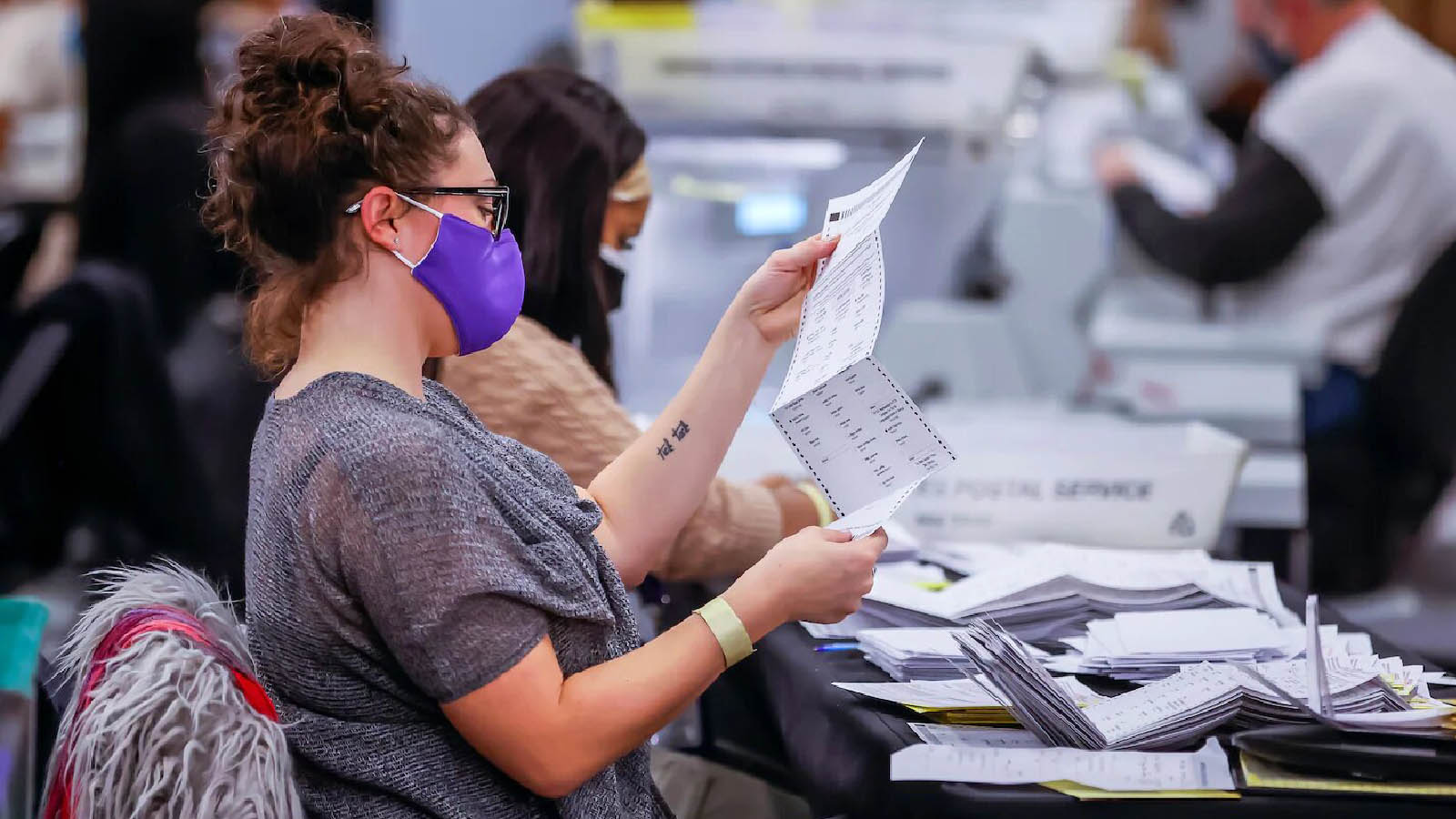 A shocking new report lays bare the anxiety many voters continue to feel about ballot integrity following the 2020 elections.

According to the Atlanta Journal-Constitution, the Democratic primary for a county in Georgia has been called into question after a hand count revealed that voting machines were off by thousands of ballots.

Democratic DeKalb County School Board member Marshall Orson, who is running for the county commission, asked the local election board on Thursday not to certify results as it was scheduled to do because of “numerous errors” with the local race, the paper noted.

Instead, he requested an “independent review” as well as a formal recount of the election in a letter to the board.

“There is no rational basis for believing that there are not continuing issues with the results and the results should not be certified with the continuing existence of multiple substantive issues and concerns,” Orson wrote. “Doing so would pose a substantial risk not only to the confidence the public will have in the overall election results from this race but could extend to the entire primary as well as the general election.”

The initial Democratic primary results showed Orson winning for commission District 2 with Lauren Alexander in second place and Michelle Long Spears in third. This would have put Orson against Alexander in a runoff election.

However, Spears noticed that the results showed she received zero votes at most election precincts.

The secretary of state’s office admitted late last month to making several programing mistakes in the ballot equipment that affected the final tally.

There was an attempted re-scan of the ballots in District 2, but ultimately a hand count was conducted, concluding around midnight on Memorial Day.

Wednesday evening, the results of a hand count were published, which showed that Spears, the last-place candidate, is now in first place and is heading for a June 21 runoff election against Alexander. Former first-place finisher Orson, meanwhile, was pushed down to third place.

Reports noted that the Dekalb County Election Board is scheduled to certify the results Friday afternoon.

Georgia has been one of a handful of states experiencing significant election controversies beginning with the 2020 elections.

For instance, “a complaint filed in April to the Georgia State Election Board claims that more than 300,000 ballots in the 2020 election were unreliably recorded in state’s largest county of Fulton,” Just the News reported.

In March, a ballot harvesting investigation launched by Secretary of State Brad Raffensperger’s (R) office also moved forward after the state’s election board approved a sought-after subpoena following allegations stemming from the 2020 election.

The subpoena allowed Raffensperger’s office to begin gathering evidence and testimony into what has been an ongoing probe regarding whether third-party liberal activists illegally collected thousands of absentee ballots in the general election in November as well as a subsequent run-off election that wound up determining Democratic control of the U.S. Senate, Just the News reported, adding:

The vote was a major win for Secretary of State Brad Raffensperger, who announced the investigation into alleged ballot harvesting in January and was seeking the subpoena authority to assist the probe.

The subpoena power will allow Raffensperger’s team to secure evidence about a whistleblower who alleged to an election integrity group that he participated in a large operation to gather ballots in which activists were paid $10 for each ballot they delivered.

Georgia law expressly prohibits third parties from collecting, gathering, or delivering absentee ballots, except in the case of immediate relatives.

“A vote on whether to issue the subpoena had been delayed several weeks because the Elections Board could not determine who would be its new chairperson. However, the board unanimously chose member Matthew Mashburn last week during a meeting to serve as interim chairman. Afterward, the board voted in favor of the subpoena during a closed-door session,” Just the News reported.