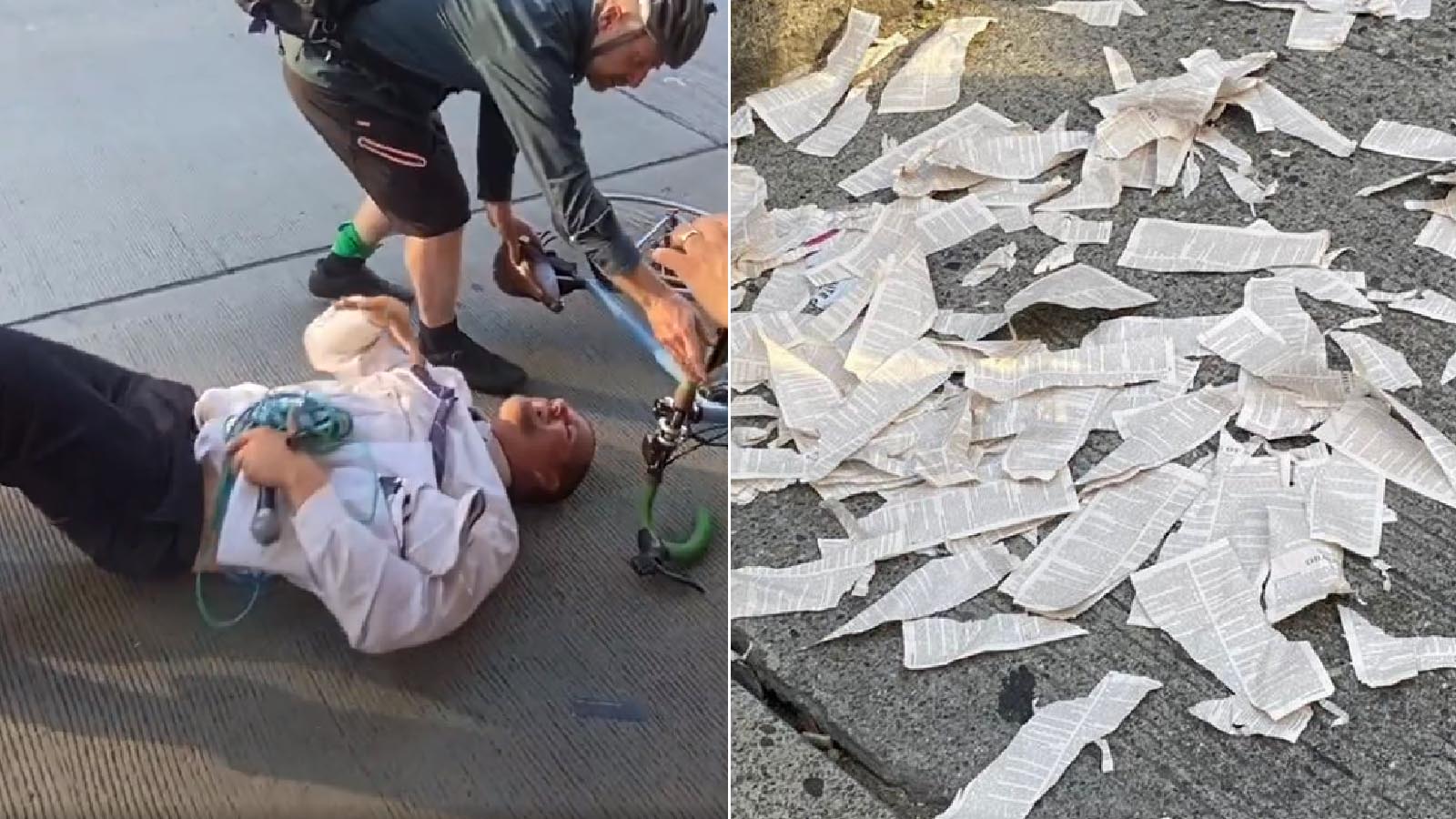 A Seattle street preacher found himself in a maelstrom of hate on Friday, according to multiple social media posts that showed the man lying on the pavement and his Bibles torn to shreds.

Black-clad gangs of what appeared to be antifa agitators targeted the preacher as violence erupted in the aftermath of the Supreme Court overturning the Roe v. Wade ruling that had legalized abortion nationwide.

Video shared by journalist Jonathan Choe showed the preacher hanging on to a piece of construction equipment as assailants carried him off and dumped him in the street.

Choe called it a “full blown assault on Christianity, personal faith, and freedom of speech.”

#BREAKING: Well known street preacher in Seattle assaulted by Antifa/black bloc members. I caught tail end of them carrying him on a construction sign, then throwing him on ground. Preventing him from entering abortion rights rally. Unclear what led up to this. @SeattlePD pic.twitter.com/CJEBpcqjz6

A Twitter user whose account is called “The Seattle Preacher” said he was the victim of the attack.

“This needs to be investigated. I demand someone take actions and press charges. My bibles were destroyed In Hate for my Christian beliefs,” he tweeted.

Hate Crime this needs to be investigated. I demand someone take actions and press charges. My bibles were destroyed In Hate for my Christian beliefs pic.twitter.com/e4Fas2EDKc

Journalist Andy Ngo voiced his outrage at the incident.

“This is a hate crime by those who assaulted the man for his religious beliefs & then destroyed his religious text. No comment from [Seattle Mayor Bruce Harrell] at the open violent extremism in his city yesterday?” Ngo posted on Twitter.

A female pro-life demonstrator was tackled and pepper-sprayed during the unrest in Seattle, according to the Post Millennial.

Republican Rep. Marjorie Taylor Greene of Georgia commented on the violence, noting efforts by Democratic Reps. Alexandria Ocasio-Cortez of New York and Maxine Waters of California to whip up anger.

“AOC gave the order today in front of the Supreme Court. ‘TAKE TO THE STREETS!’ So did Maxine Waters. And just like that Antifa came out of retirement attacking innocent women. Tell me about women’s rights again,” Greene wrote in a tweet.

Seattle police said that two people were arrested during the pro-abortion protests. The circumstances of the arrests were not disclosed, according to The Seattle Times.