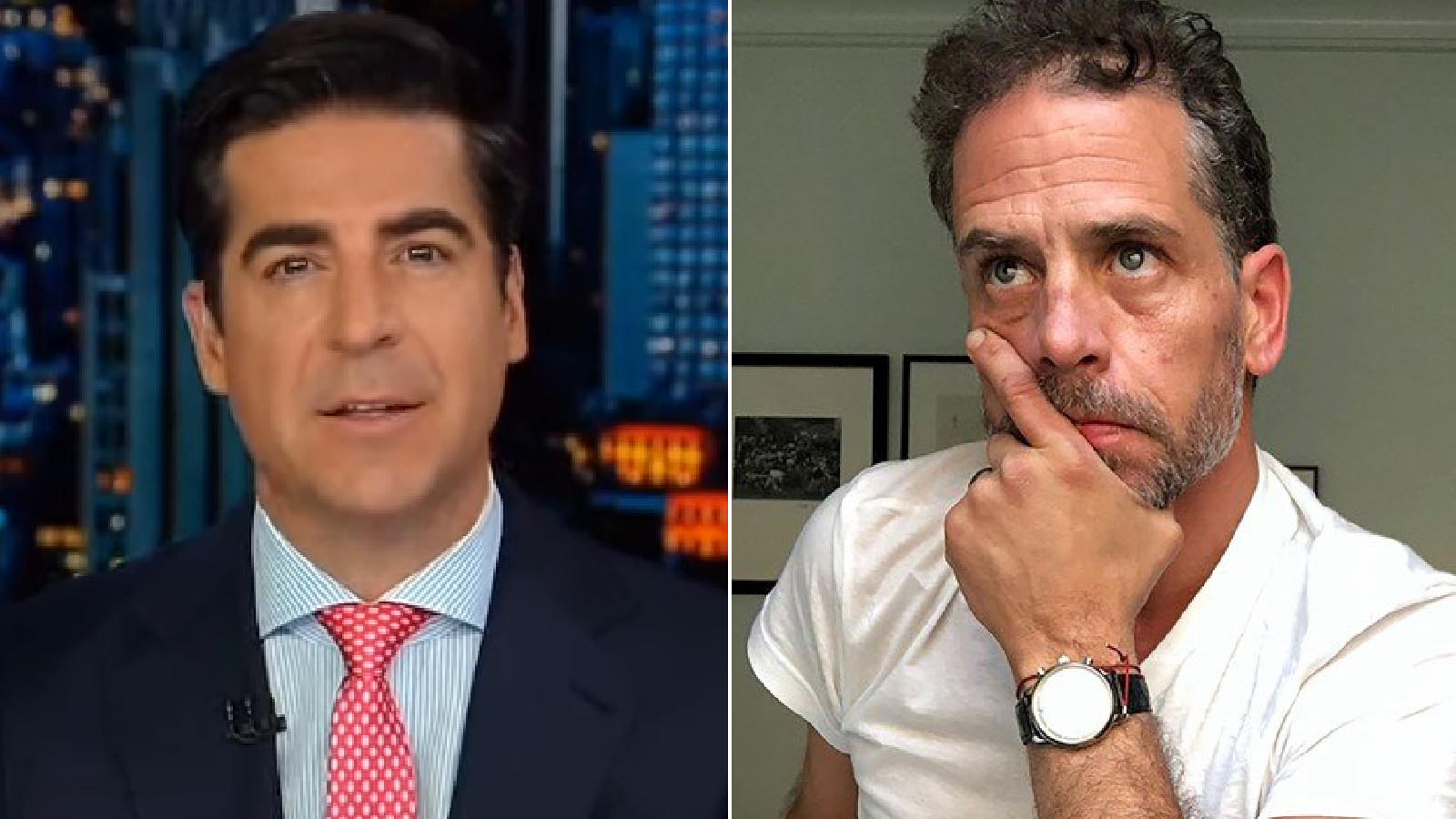 There is nothing but bad news ahead for the Biden family, according to Fox News host Jesse Watters.

“We all see that emperor Joe Biden has no clothes,” he said during a Friday episode of “Jesse Watters Primetime.”

“Joe Biden’s not making anybody happy. He’s not delivering for Republicans or Democrats or anybody. And his polling numbers are terrible. And Democrats are about to get wiped out and America knows it.”

Watters said “the media has too much pride” to admit that Biden is unpopular.

He then touched on the subject of Biden’s scandal-plagued son Hunter.

“’Primetime’ is hearing that Hunter will be indicted. Biden will probably pardon his son and announce he’s not running for re-election,” Watters said, without indicating the source for his claim.

This month, the lawyer for an Arkansas woman who battled Hunter Biden for child support made a similar prediction.

“I expect him to be indicted,” attorney Clint Lancaster said. “Just based on what I saw in his financial records, I would be surprised if he’s not indicted.”

Lancaster represents Lunden Alexis Roberts, who had a child by Hunter Biden in 2018. After first denying that the child is his, Hunter Biden refused to pay child support, leading to more legal action until he agreed to a $2.5 million settlement, according to the Daily Mail.

Last month, Roberts traveled to Delaware to testify to a federal grand jury. Lancaster said he had supplied “a significant amount of Hunter’s financial records” to investigators in compliance with a subpoena. The records, he said, were from the child support case.

Lancaster said he “saw a lot of information” that is “problematic” for Biden.

Although Lancaster would not go into detail, the truth about Hunter Biden’s activities could emerge if Republicans gain control of the House in the midterm elections, according to the New York Post.

“It should concern every American that they did this for the Biden family’s financial gain, which came at the cost of our national security,” she said.