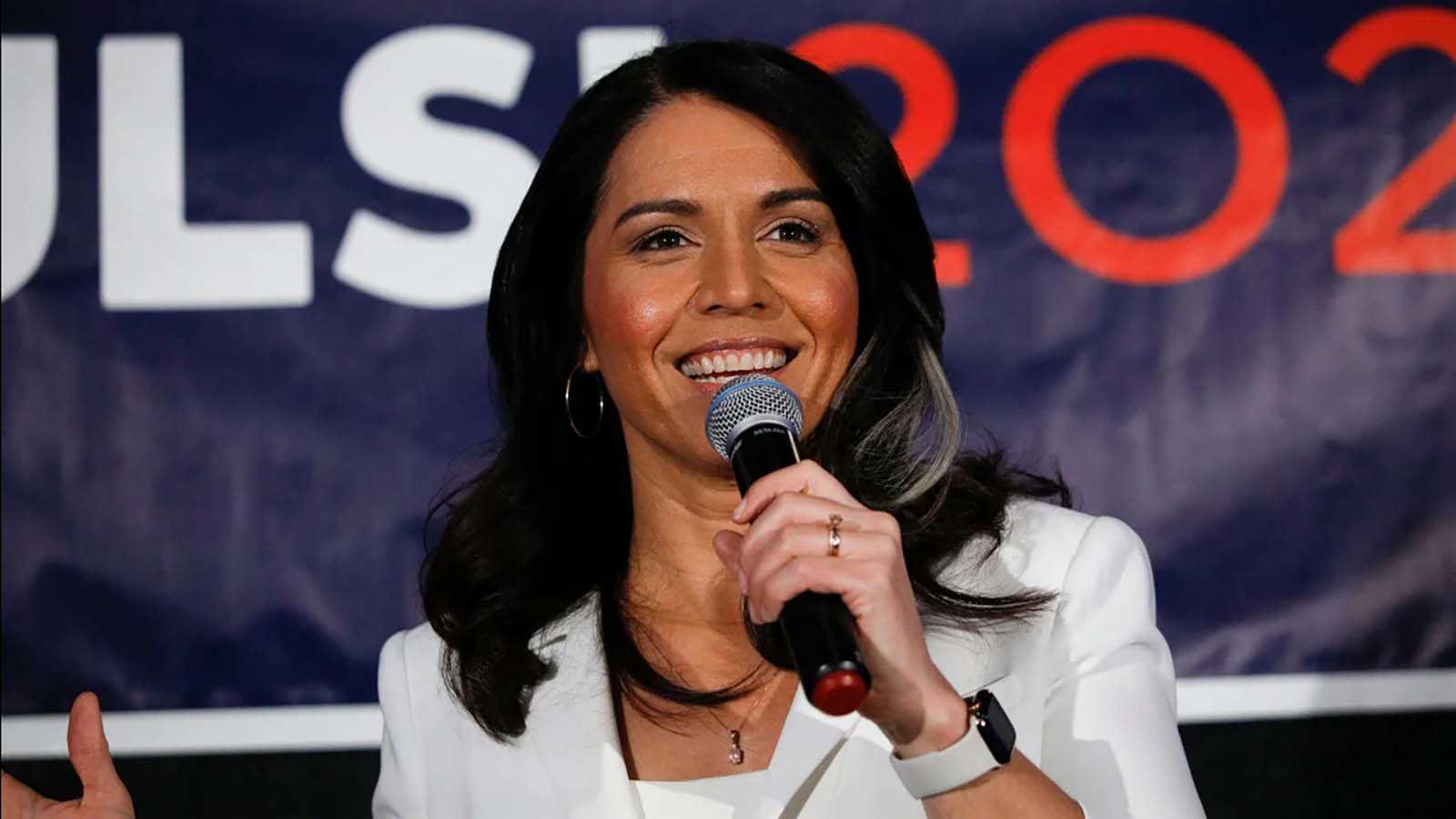 A spokesperson confirmed to The Hill that Gabbard would be signed on as a contributor after spending months joining several Fox News shows and guest hosting “Tucker Carlson Tonight.”

“The FBI raid on Mar-a-Lago earlier this week marked the beginning of a new and dangerous path for America,” Gabbard had said.

Gabbard then announced in October that she was leaving the Democratic Party, arguing it is an “elitist cabal of warmongers” promoting division and “anti-white wokeism.”

“I can no longer remain in today’s Democratic Party that’s under the complete control of an elitist cabal of warmongers who are driven by cowardly woke-ness, who divide us by radicalizing every issue and stoke anti-white racism, actively work to undermine our God-given freedoms that enshrined in our Constitution, who are hostile towards people of faith and spirituality.”

Gabbard later told Fox’s Tucker Carlson that she had no choice but to leave her party after they strayed from the Constitution.

“When you look at this party, today’s Democratic Party, it’s controlled by fanatical ideologues who hate freedom. They despise the Constitution. They actively find ways to undermine our God-given rights enshrined in the Constitution like freedom of speech.”