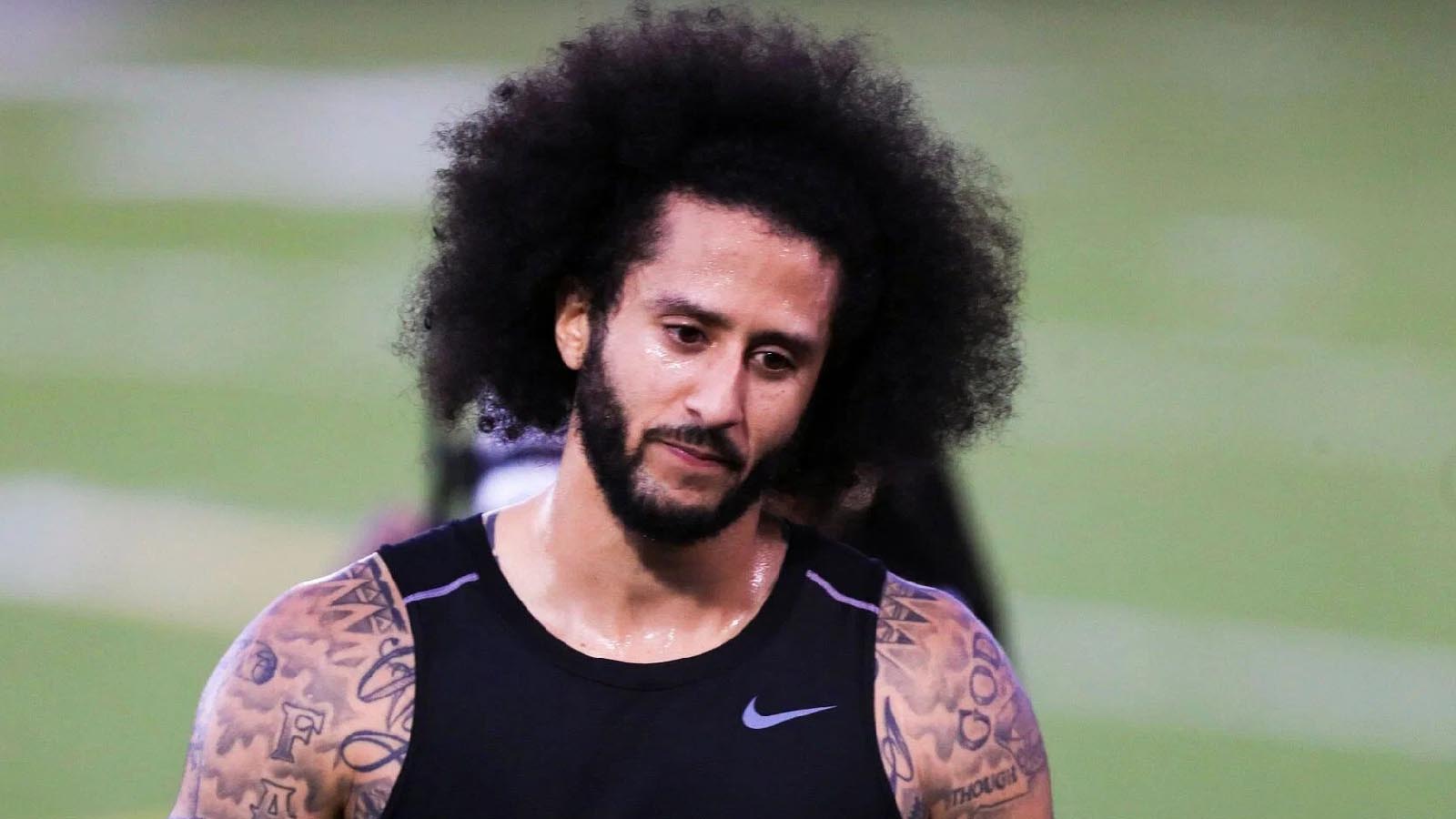 Ex-Raiders player Warren Sapp has finally said what has apparently been a guarded secret in the Raiders camp when he revealed that Colin Kaepernick’s workout with the team was a “disaster.”

Late in May it was reported that the former NFL quarterback, who is more famous for his anti-American protests than his football skills, was afforded a workout opportunity with the Las Vegas Raiders to see if he was still in shape for a return to the NFL after a six years out of the game.

Immediately after the workout concluded, the Raiders let the sports media know that Kaepernick’s workout “went well” and that the “door is open” for him to be signed sometime in the future.

However, little has been said of the workout since and there never was any video of the workout released, nor any reports filed by witnesses of the event. It all just seemed to go quiet,

On top of that, the Raiders have taken no further steps to sign the former 49ers second-string QB, another indication that all is not as “open door” as it seems.

If Warren Sapp’s comments are evidence, maybe we know why it all just seems to have gone quiet. Sapp says that Kaepernick’s workout was horrible and no one wants to admit it.

After the VladTV host noted that there are rumors that Kaepernick’s workout was not very good, Sapp jumped in saying, “I heard it was a disaster. I heard it was one of the worst workouts ever. I’m wondering how the hell this happened and the tape didn’t get out, right.”

Sapp said it was very suspicious that no video of the workout has ever come to light.

Warren Sapp: Colin @Kaepernick7’s #Raiders workout was “one of the worst workouts ever.”

Kaepernick became a national figure when he spent the entirety of the 2016 season protesting against the country by taking a knee during the playing of the national anthem.

His anti-Americanism made him a hero for the left but his protest quickly morphed from being thoroughly anti-American, to being merely a statement against “police brutality.”

When he first began his protests in 2016, former NFL player Colin Kaepernick said quite directly that he could not stand for the American flag. His protest was a direct attack on the flag and the country, and he said so in his own words in August of 2016.

“I am not going to stand up to show pride in a flag for a country that oppresses black people and people of color. To me, this is bigger than football, and it would be selfish on my part to look the other way. There are bodies in the street and people getting paid leave and getting away with murder,” Kaepernick said.

Kaepernick gave other clues about the nature of his protests in 2016, as well. For instance, he wore a shirt praising Cuban dictator Fidel Castro, a mass murderer, and self-professed enemy of America. Kaepernick also showed that he was not just protesting the few police that misbehave when he wore socks that portrayed all police officers as pigs.

Also, in 2016, Kaepernick said that the U.S. was never great, noting that he was standing up against the whole country in general, not just in support of “social justice,” with his anthem protests.

The former NFL player also made his protest about the flag when he forced Nike to ditch its Betsy Ross flag shoes in 2019. Nike announced that it intended to release a patriotic gym shoe with a Betsy Ross Flag theme until Kaepernick ginned up the anti-American left to attack Nike for the proposal. In one of his broadsides against Nike, Kaepernick even claimed that the U.S. Betsy Ross flag was a “symbol of slavery.”

Unsurprisingly, Nike immediately caved in and dumped the plans for the patriotic shoe.

Colin Kaepernick compares the NFL combine, which allows all players of all races a voluntary chance to become multi-millionaires, to slavery. Anyone still defending this imbecile lacks a functional brain. https://t.co/rMaKi7c6xh

It should also be remembered that Kaepernick is right now not playing pro football because he turned down every opportunity he was offered.

Kaepernick turned down an off from the San Francisco 49ers to stay on the team in 2017 because he wanted more money. He turned down several opportunities after that, too, not to mention his act of making a circus out of the NFL’s workout offer in 2019.

Kaepernick continues to call the NFL something akin to slavery, and yet, he also continues to claim that he wants to be given another chance to continue his NFL career.