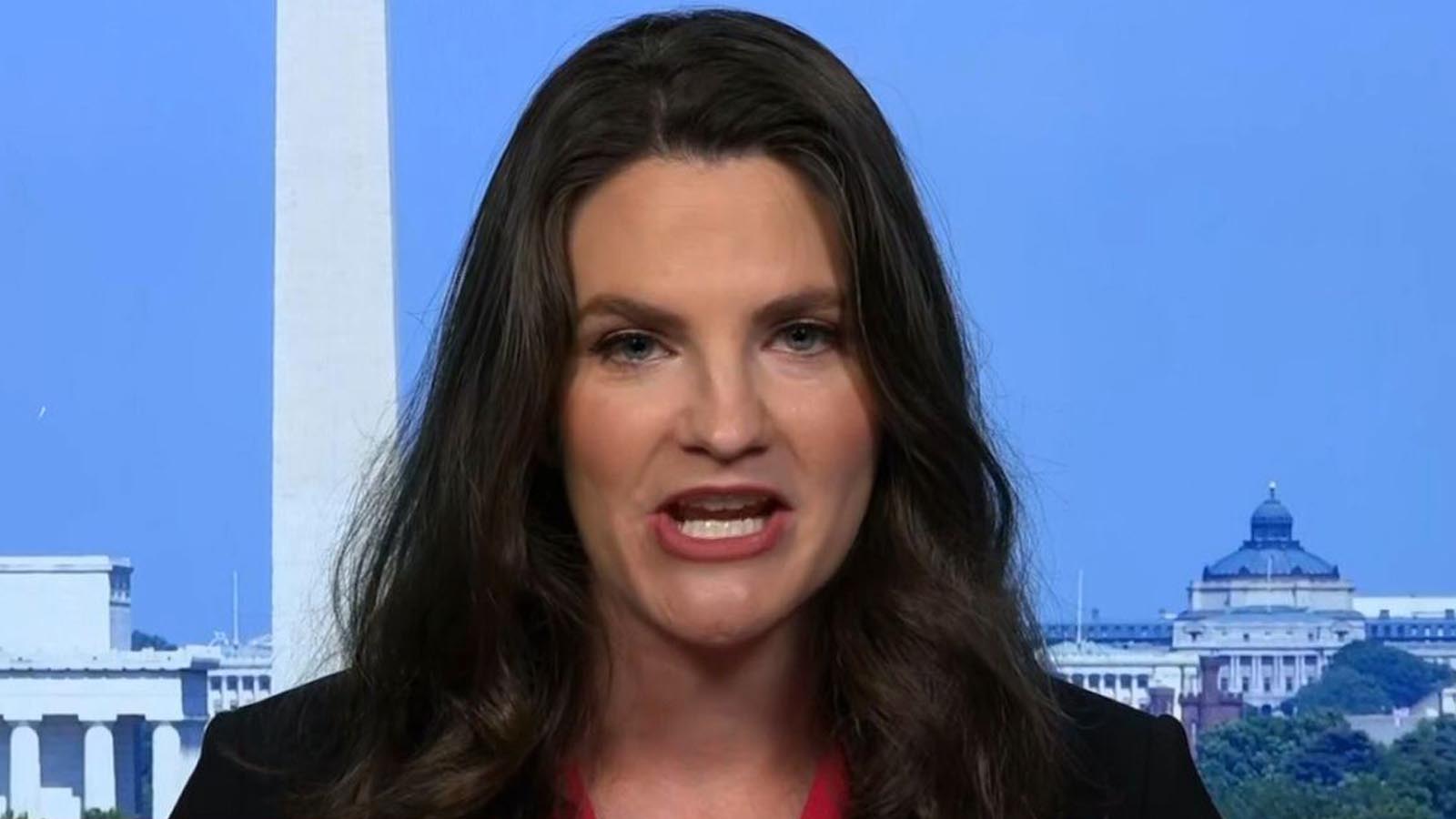 Let’s say you’re the former leader of an Orwellian-named arm of the federal government that got canned almost as soon as it was announced because of the blowback it created. We’ll call you N. Jankowicz. Nah, that’s too complicated of a pseudonym. Let’s go with Nina J.

You, Nina J., need to launder your reputation, stat. Not only did your Disinformation Governance Board get shut down, but you were exposed as little more than a partisan hack with a cringeworthy sideline in musical theater to which you felt the need to subject America.

Sure, you get a few weeks to wallow around your DuPont Circle apartment, eating DoorDash and rewatching the entirety of “Gilmore Girls.” Eventually, though, you have to pop your head above ground and give an interview, get your name out there again.

Who do you choose? Brian Stelter, naturally. In this theoretical scenario, there’s no one in the media world more obsequious than the CNN host, who’s the kind of guy who would uncritically praise something called the Disinformation Governance Board. What could go wrong?

On Sunday, this meeting of the minds actually happened: Nina Jankowicz, head of the erstwhile Disinformation Governance Board, went on Stelter’s “Reliable Sources” and whiffed at pretty much every softball lobbed at her by a sympathetic host, all while throwing the Biden administration under the bus.

And even then, the host wasn’t uniformly sympathetic, asking the question somebody should have asked before the administration announced this whole folly: Why the heck did they go with that name, anyway?

During Sunday’s interview, Jankowicz said the board “absolutely was the victim of disinformation,” told Stelter “there was a disproportionate focus on me” and turned on the Biden administration, saying that “the government had just rolled over to the critics.”

A refresher: The Department of Homeland Security agency was rolled out on April 27 with Jankowicz, a disinformation scholar, at the helm. Beyond the board’s Orwellian name and vague purview (initial targets included Russian propaganda and illegal migration), Jankowicz herself emerged as a problematic figure.

Most notably, she’d repeatedly insinuated or claimed Hunter Biden’s laptop was a Russian disinformation job. She’d also advocated for the ability to change or add context to people’s tweets based on the fact she was a verified user of the platform, and she said she’d never want something like a Disinformation Governance Board here in America during a Zoom symposium that took place during the Trump administration.

Now that the whole project is kaput, Jankowicz assured Stelter that the Disinformation Governance Board was benigner than benign, telling him it “was meant to advise the many parts of the Department of Homeland Security that were working on disinformation.”

According to a CNN transcript, she said it was supposed “to bring best practices to bear, and to make sure that we were up with the latest research, the latest trends, in disinformation and countering it and make sure that work was being done in a way that protected freedom of speech, protected civil rights, civil liberties, and privacy.”

Softball time! “So, the sympathetic view, to you, is that the Disinformation Board was the victim of disinformation. Is that how you feel?” Stelter asked.

Ah, yes, us rascally conservatives, we ruin everything. Stelter then asked, not unreasonably, why the DHS didn’t defend her if this was all false.

“Yeah, I have a lot of misgivings about the way things went down and I think the first thing to point out, Brian, is that there was a disproportionate focus on me, given my level of power within the department,” she said.

“I was not allowed to speak on my own behalf, and frankly, all the communications decisions that were being made about how to talk about the board were made above my pay grade, and above my level of decision-making,” Jankowicz said. “I was the executive director, but there were a lot of people that were involved that didn’t take advice frankly that I had given them.”

And then, like a shaft of light beaming down from a monsoon of spin, Stelter shone a bit of sense into the proceedings.

“Look, I would start with the name,” he said. “Even just the name, right, Nina, it sounds Orwellian. And any PR professional would say don’t call it that, you know? There were just dumb mistakes made.”

Ever seen that meme of Nicolas Cage, his face contorted in one of those rictuses only he can pull off, with the caption, “You don’t say?” I would have given any amount of money for an intern to just flash that sucker right behind Stelter the moment he said those words.

That said, Stelter is right — and Jankowicz vacillated between agreeing and blaming the Biden administration for the disintegration of the DGB.

She said the name “belies the fact that it was meant to be an internal governing mechanism, governing how the Department of Homeland Security did its work on disinformation, not governing the internet.

“And that was one of the reasons that I ended up making the choice to resign, right?” Jankowicz said. “I felt like the government had just rolled over, to the critics, who had completely spun this narrative out of control based on absolutely nothing and reality and the fact that they weren’t able to defend me, the person that they had chosen, the experts that they had chosen to lead this board and safeguard this work.

“It just didn’t feel like it was worth it, especially given the fact that my family was receiving threats.”

Ah yes, the alleged threats. Threats against Nina Jankowicz are bad. Nina Jankowicz was a bad choice to head the Disinformation Governance Board, and it should have never existed. Next?

Then again, what do you expect? This was the closest Stelter came to calling her out during the interview, refusing to push back on some of her more problematic claims.

Nina Jankowicz was on Stelter’s CNN show & he didn't bring up one single example of her pushing falsehoods. Nina trashed the motivations of her critics & claimed that “I did not post disinformation” & denied spreading disinfo in tweets on 2016 & related to Hunter Biden’s laptop. pic.twitter.com/W4YCHy0QQc

As Fox News noted, he let Jankowicz get away with the lie that she only tweeted about Hunter Biden’s laptop being Russian disinformation in the context of the presidential debates, without actually commenting on whether it was disinfo or not. (She very much thought it was: “We should view it as a Trump campaign product,” she said, claiming the Biden computer likely had “illicit provenance.”)

He also let her get away with peddling disinformation from the discredited Steele dossier against Donald Trump — as well as praising Christopher Steele, the former British spy who assembled that piece of hackery.

One can say this much about Nina Jankowicz: She’s great at disinformation. If you’re an ardent believer in the “it takes a thief to catch a thief” philosophy, she’s your woman.

The rest of us can breathe more easily now that we dodged a massive bullet when this prevaricating, responsibility-dodging ideologue removed herself from a position that should have never existed in the first place.

After all, if she looked this bad in an interview with Brian Stelter, of all people, how would she effectively do the job when faced with actual opposition?

Go back to that “Gilmore Girls” marathon, Nina. Stars Hollow needs your attention a whole lot more than the DHS ever did.