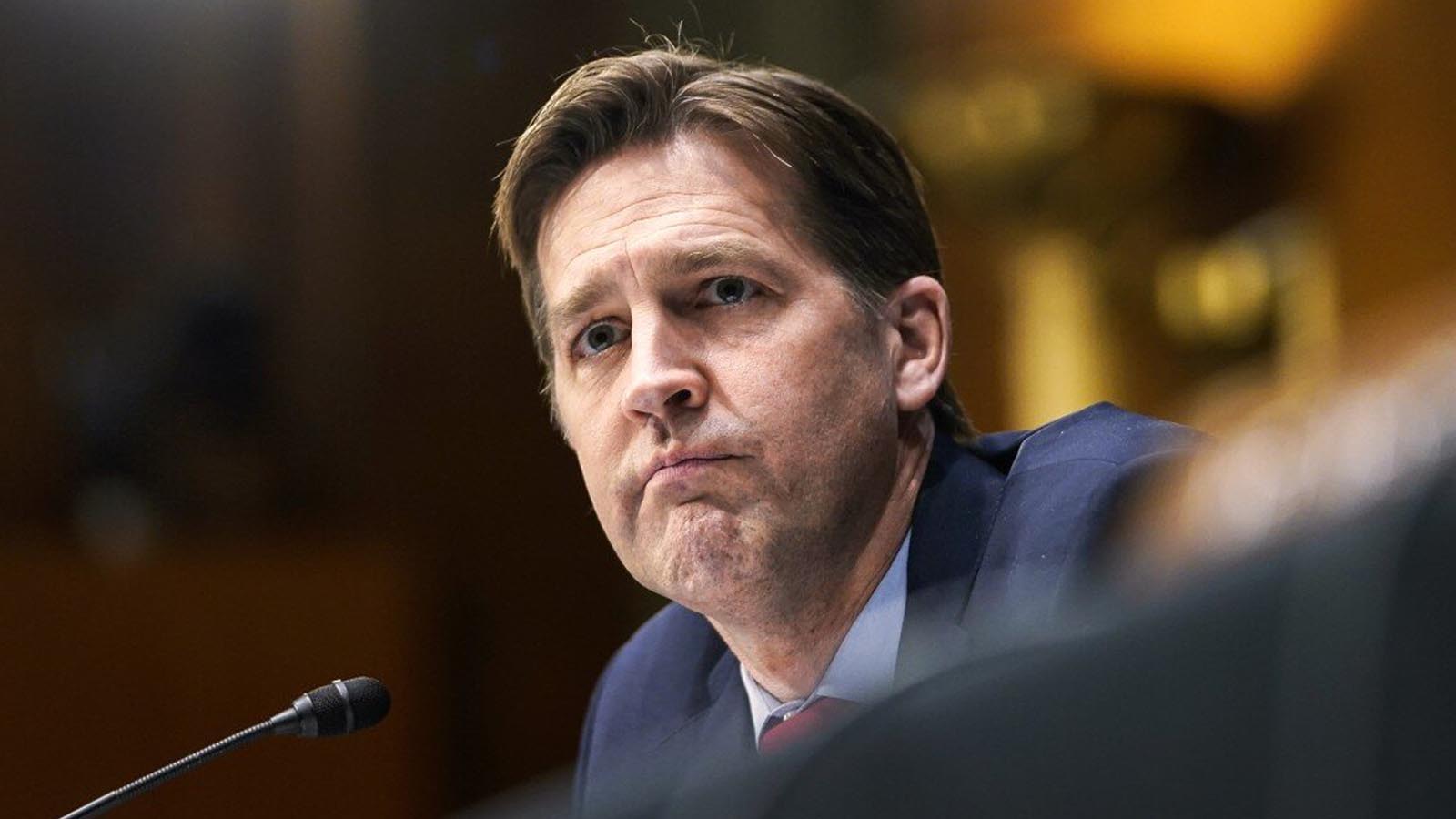 “Gov. Ricketts assured me that no matter who calls for a different job, he is committed to the United States Senate,” Pillen said at a press conference. “No matter who calls him to be a vice president of the United States, who calls him to be … Secretary of State or any other thing, he’s committed to this seat; and he and Susanne have committed to winning elections at a minimum of 10 years, and I’m praying it’s gonna be longer than that, and you’re gonna love it there, Susanne.” 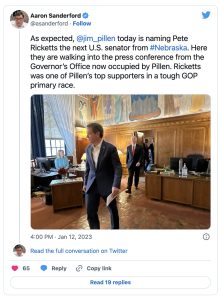 Sasse, who was reelected in 2020, officially resigned on Sunday to take over as the University of Florida’s president. Ricketts will serve through 2024, when a special election will be held for the remainder of the term ending in 2026. Ricketts previously ran for Senate in 2006, and is likely to run in the special election.

Critics of Ricketts’ impending appointment argued that the former governor effectively bought the seat. Ricketts gave $100,000 to Pillen’s 2022 gubernatorial campaign directly, and more than $1 million to a pro-Pillen political action committee. Pillen pushed back on those claims during the press conference, noting that he interviewed nine candidates for the seat.

“Anybody who knows me, that’s not part of my DNA. Just doesn’t work,” Pillen said. “Integrity of the process and commitment to the process was highest priority.”