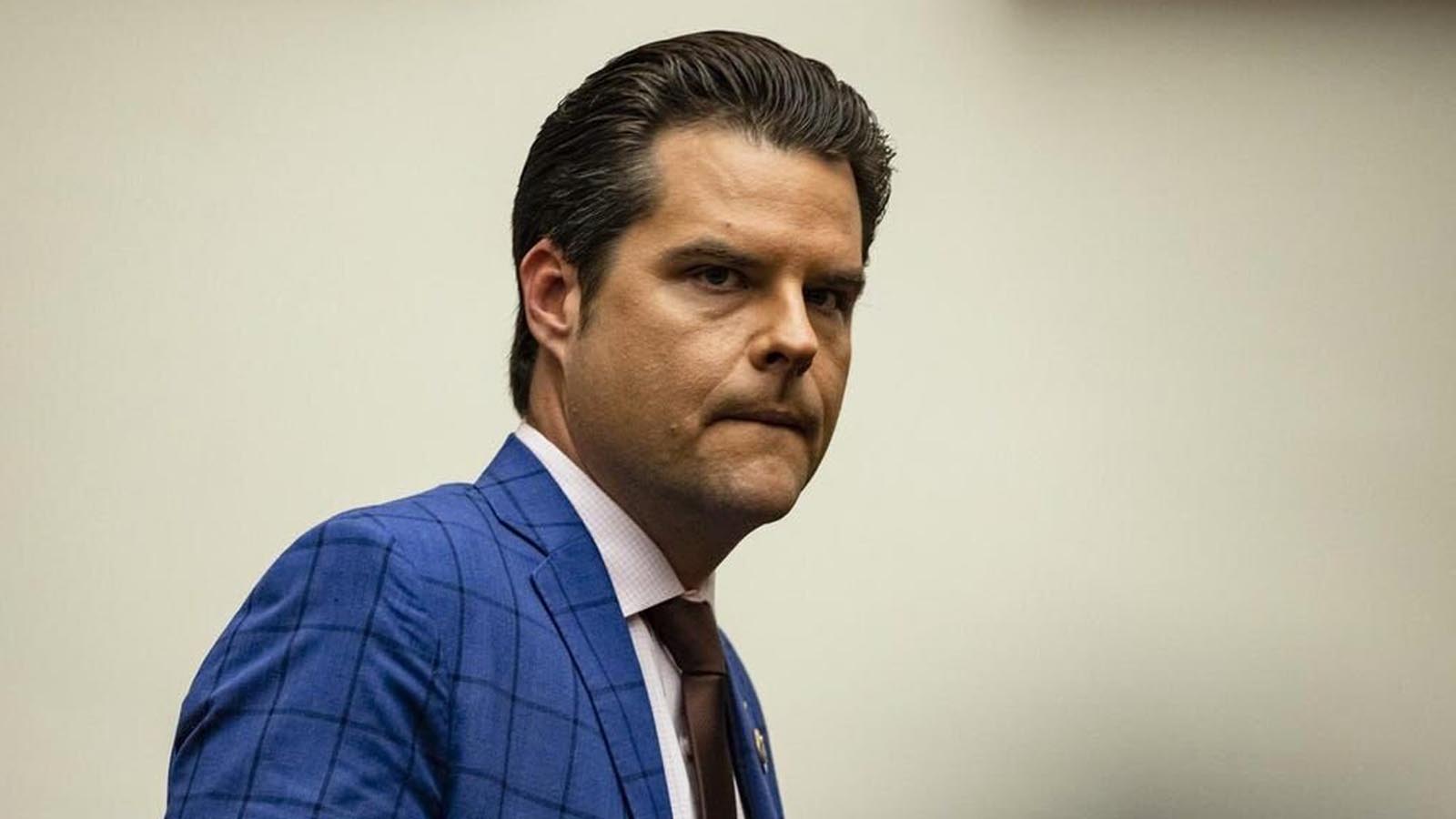 A former television camera operator was sentenced to six months of house arrest, five years of parole and a $10,000 fine for threatening Florida Rep. Matt Gaetz and his family, the Department of Justice announced on Thursday.

Eugene Huelsman, 59, of Thousand Oaks, California, pleaded guilty to a charge of transmission of a threat in interstate commerce, according to Jason Coody, U.S. attorney for the Northern District of Florida.

Huelsman — who worked for CNN, ABC and NBC, according to Fox News — left a threatening voicemail for Gaetz at his Florida constituency office on Jan. 9, 2021, three days after the U.S. Capitol incursion.

The Department of Justice described the brutal, profane threats against the sitting congressman that Huelsman made via voicemail when no one at the office answered his call.

The DOJ said he threatened to “put a bullet in” Gaetz and “members of his family.” Huelsman also said he was “coming for” him and that he hoped the Florida Republican would “die in a shallow grave.”

Fox News released a partial audio of the highly disturbing message in October.

The DOJ said Gaetz’s office contacted the Capitol Police after hearing the voicemail, and investigators determined that Huelsman had made the threats.

“The investigation revealed this was not the first time Huelsman made threats involving political figures. Huelsman had previously been investigated by the United States Secret Service for threatening a member of a former President’s family on social media,” the release said, without providing any further details.

Huelsman’s arrest came the same week Gaetz spoke on the House floor and brought serious allegations that threats against his life were not being taken seriously by the Department of Justice.

BREAKING: A man traveled across the country with the explicit goal of killing me in Washington, D.C.

On Oct. 20, the congressman matter-of-factly said on the House floor, “I think someone may be trying to kill me. And if they are successful, I would like my constituents and my family to know who stopped their arrest.”

He said that while the Capitol Police had made a recommendation that the person who threatened him be arrested, the DOJ had declined to do so.

Gaetz made the direct accusation that the DOJ is “biased against Republicans.”

“If my name weren’t Gaetz, if it were Omar or Tlaib, you bet this person would’ve been arrested,” he said, referring to Democratic Reps. Ilhan Omar of Minnesota and Rashida Tlaib of Michigan.

The congressman told Politico the incident he described to Congress was a separate threat unrelated to Huelsman’s voicemail.

“An indictment was issued in May, and has now been unsealed the week after my criticism,” Gaetz told the outlet.

“If they took our security seriously, they would arrest all of the people who violate federal law and the threats to kill us, not just some of them. … I think that the Department of Justice is biased against Republicans,” he said.

BREAKING: Eugene “Gene” Huelsman, a longtime camera operator for CNN, ABC, NBC, and others, has been ARRESTED for threatening to kill Matt Gaetz and his family.

Another man who recently threatened Rep. Gaetz is still free after the DOJ blocked USCP's recommendation for arrest. pic.twitter.com/JbIe3LJAY5

Coody talked about Huelsman’s crime in the DOJ news release, saying, “The free exercise of speech is central to our democracy. However, the communication of threats of physical violence, in this case by an individual who had previously made and been investigated for similar threats of violence, is clearly unlawful.

“With our law enforcement partners, we are committed to protecting public safety for all citizens. Today’s sentence acknowledges the defendant’s repeated threats of violence and should serve as a significant deterrent to those who would threaten violence against others rather than engage in lawful debate.”

Sherri Onks, special agent in charge of the FBI’s Jacksonville Division in Florida, added, “Words matter, and this sentencing should serve as a warning.”

“Everyone has the right to express their opinion, but when you harass, intimidate, and threaten violence against others, it’s a federal crime that will not be tolerated,” Onks said. “The FBI and our law enforcement partners will work to hold you accountable.”