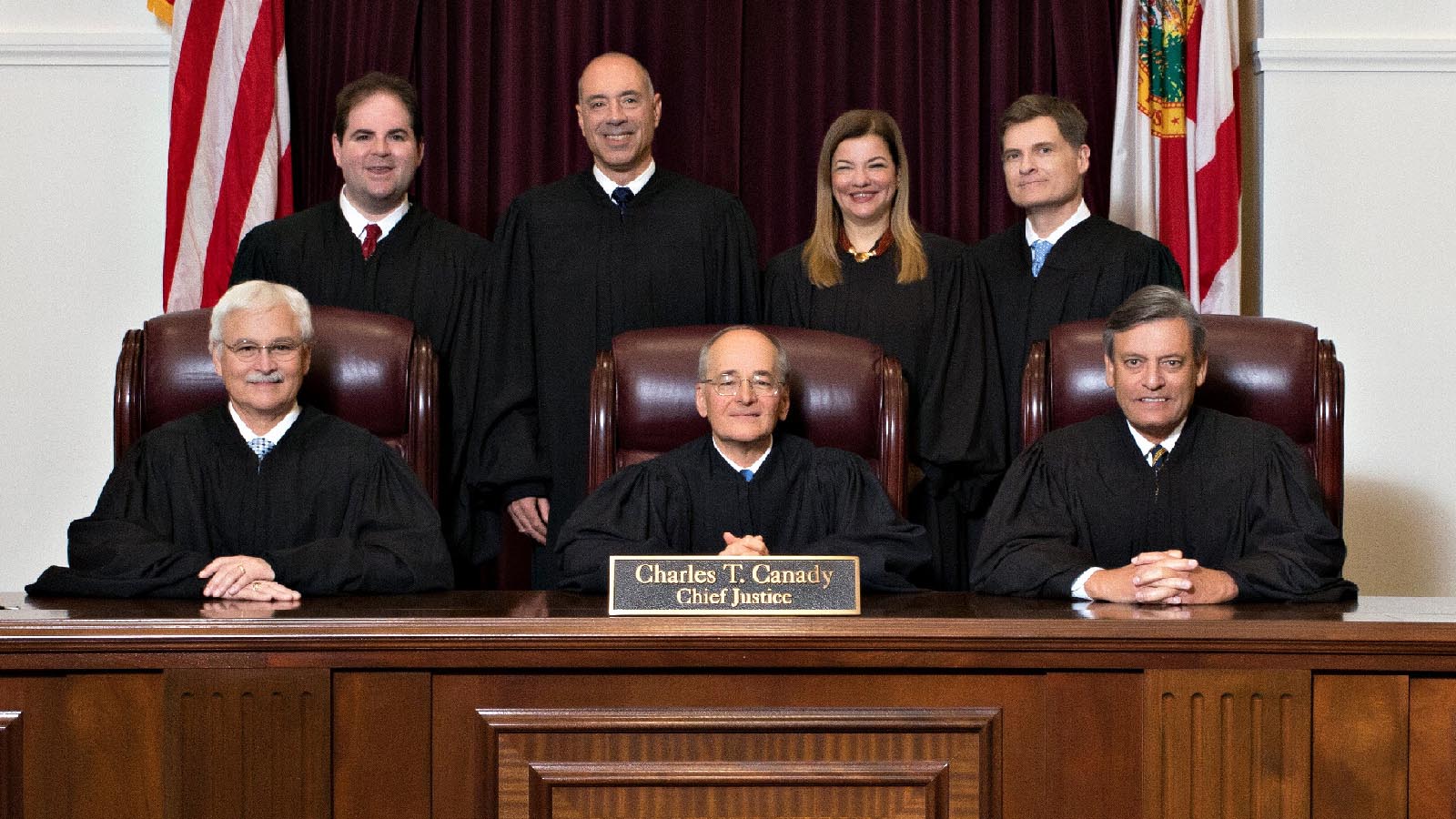 The Florida Supreme Court recently disciplined 19 attorneys, including a former state attorney, the Florida Bar Association announced on May 31.

Siegmeister pleaded guilty on Feb. 22 to four felonies—including conspiracy, extortion, fraud, and filing a false 2015 tax return, the first of three years for which that charge had been filed—while he was the elected prosecutor for a seven-county area, according to a Feb. 23 news release from the U.S. Attorney’s Office in Jacksonville.

It added that Siegmeister had agreed to forfeit almost $519,000, along with more than 7,300 shares of Coca-Cola Company common stock.

The 53-year-old Republican was a state attorney from 2013 to 2019, when he stepped down. He was admitted to practice in 1994, according to the bar association.

Smith said of the 19 attorneys who were disciplined, nine were suspended, six had their licenses revoked, one was reprimanded, and three were disbarred.

Among the 19 attorneys who were disciplined, Gainesville’s Michael Meadors received “permanent disciplinary revocation.”

Meadors was charged with one count of sexual battery and 21 counts of promoting and possessing a sexual performance by a child, Smith said.

According to St. Johns County Sheriff’s Office records, Meadors, 68, was charged with sexually assaulting a child under the age of 12.

The arrest report said the victim was the child of a “family friend.”

At the time of his arrest, the Florida Bar Association had listed Meadors as a “member in good standing and eligible to practice law in the state of Florida.”

“Disbarred lawyers may not re-apply for admission for five years,” Smith said. “They are required to go through an extensive process that includes a rigorous background check and retaking the Bar exam.”

She said that attorneys who are suspended for 91 days or longer must “undergo a rigorous process” in order to regain their licenses.

“This includes proving rehabilitation,” she wrote. “Disciplinary revocation is tantamount to disbarment.”

The Florida Bar Association has more than 110,000 members.