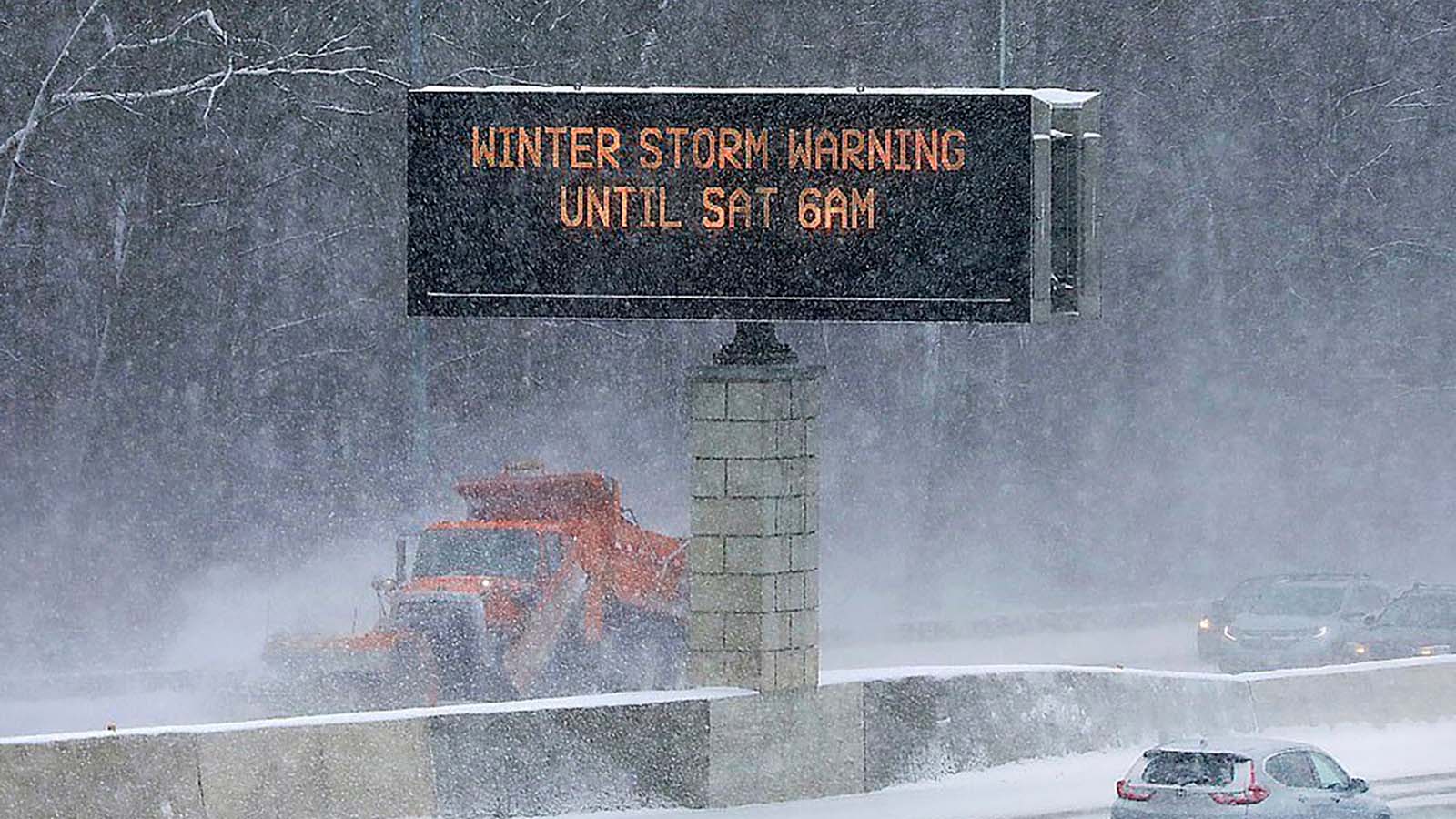 At least five people have been killed as a treacherous ‘once-in-a-generation’ winter system pummels central and eastern parts of the United States – with at least six governors calling for a state of emergency.

New York Governor Kathy Hochul declared a state of emergency and issued a traffic ban on part of Interstate 90 beginning on Friday at 6 am due to the incoming storm’s expected brutality.

She joins at least five other states, ahead of the frigid, powerful snowstorm moving across the U.S. through Friday, and expected to hit multiple states with heavy snow, damaging winds, freezing rain and dangerous bitter cold.

Kentucky, Missouri, Oklahoma, Georgia and North Carolina have all issued the emergency orders that, in part, activate their emergency response and operations plans.

United States President Joe Biden said on Thursday, that the incoming weather system ‘is not like any other snow day when you were a kid.’

‘This is not like a snow day when you were a kid. This is serious stuff, I encourage everyone, everyone, please heed the local warnings. Take this storm extremely seriously,’ Biden said.

Biden added that he has been in touch with 26 governors, some of whom had already declared states of emergency ahead of the storm.

The five fatalities, caused by separate motor vehicle accidents, were recorded in Oklahoma as the storm started to coat roads with snow and ice, authorities said.

Lieutenant Candice Breshears, of the Kansas Highway Patrol, said in a press conference on Thursday that three people were killed in multiple crashes overnight.

In one of the collisions, authorities said, a vehicle driven by 16-year-old Sawyer Lysell-Alkire was traveling south on Interstate 135 in Saline County shortly after 9 pm when it veered off the highway and overturned into a ditch.

A passenger in the vehicle, Grant L. Lysell-Alkire, 21, of Lindsborg, was pronounced dead at the scene, police said. The driver suffered minor injuries.

The Oklahoma Highway Patrol said it responded to two fatal crashes Thursday in the state, one on the Turner Turnpike near Luther and a three-vehicle crash that occurred in Paden in central Oklahoma.

Thousands of power outages have been reported across the United States as the winter storm continues to impact the country.

Texas led the country in power outages, with over 39,000 customers without power as of 4.40 pm CST.

Counties most affected by outages in the state include Upshur, Wood, Madison and Ellis, according to PowerOutage.us.

A hard freeze warning went into effect at 6 pm Thursday evening for the Dallas area.

‘We want to make sure that everybody across the entire state of Texas hears directly from the head of the Public Utilities Commission, as well as the head of ERCOT, to know exactly the way that both the PUC and ERCOT are prepared to make sure that the power grid will remain up and running very robustly during this very cold snap,’ Texas Governor Greg Abbott said in a press conference on Wednesday.

The Wyoming Highway Patrol posted videos showing the conditions in Cheyenne, as it encouraged residents to ‘please stay home.’

The trooper’s car can be seen rattling as snow is whipping across the hood of his car in a tornado-like effect. The only thing visible in the commotion is the car’s headlights.

‘Current view from a Trooper’s car in Cheyenne, Wyoming. Current conditions outside of Cheyenne are -18 with zero visibility,’ the Wyoming Highway Patrol wrote in a Facebook post.

In another video, an emergency vehicle can be seen with its lights on as snow is whipped across the roadways. The pavement is barely visible.

‘Nope, the Trooper didn’t make a wrong turn and end up in Antarctica,’ it joked.