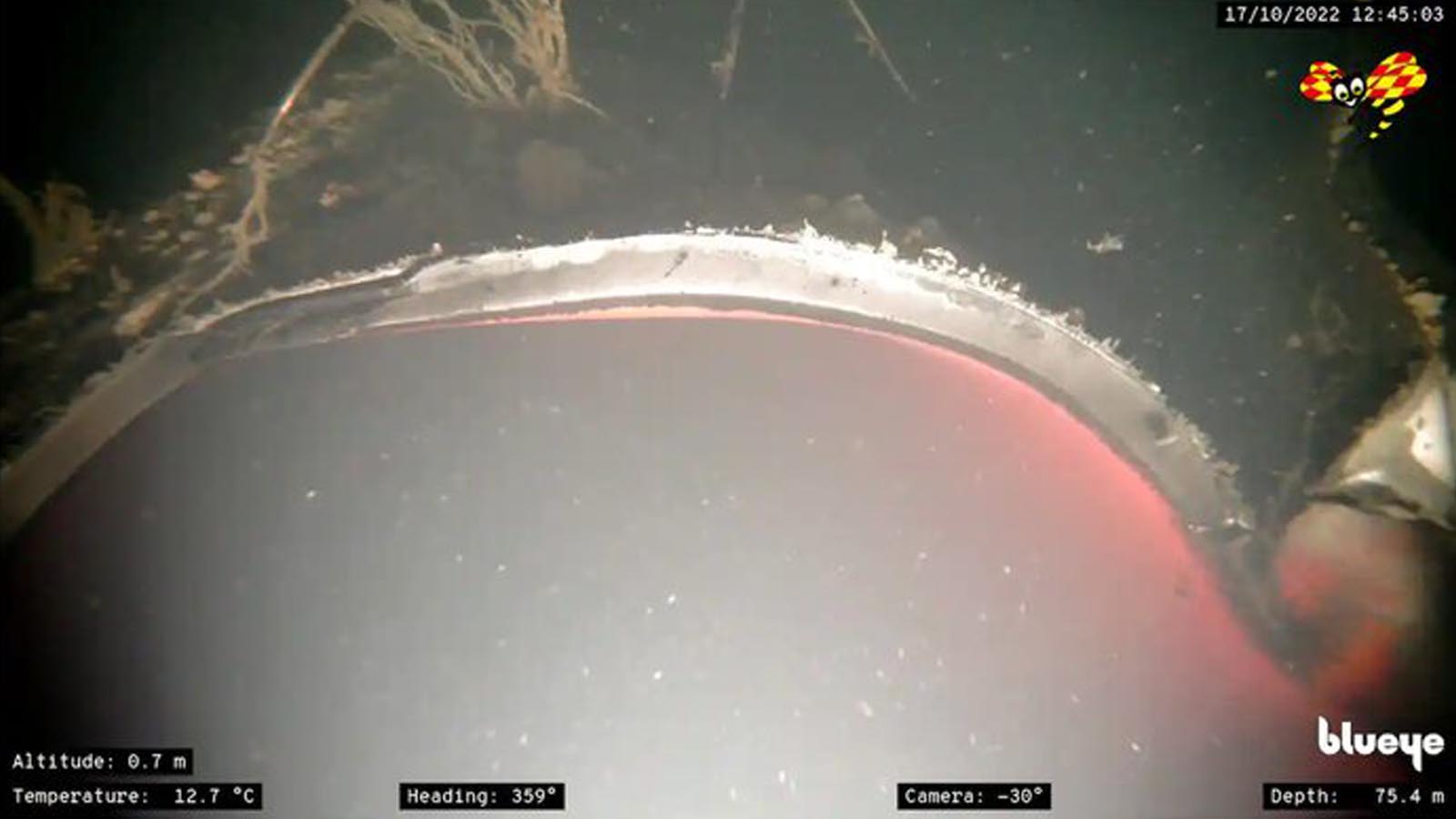 Two subsea pipelines connecting Russia and Germany were blown up last month. The explosions were so powerful that Swedish and Danish authorities said seismic devices in the Baltic Sea region recorded the magnitude of those explosions around M2.3 and M2.1.

Almost a month later, neither EU leaders nor Western intelligence agencies can concretely say who blew up NS1 and NS2 in the backyard of NATO. New footage has surfaced of the blown-up undersea pipeline that is more than 80 meters below the surface of the Baltic Sea.

Swedish newspaper Expressen has secured the first public images of the heavily damaged pipelines. They say one section of the pipeline is missing 50 meters of concrete-reinforced steel pipe.

Opening to the NS1 pipe that was blown apart in an explosion.

Here’s a video of the underwater drone exploring the badly damaged pipeline.

For context, Bloomberg’s Javier Blas provided specs on the pipes used in NS… He said the NS pipe is very strong.

How strong is a Nord Stream pipe? Quite!

The steel pipe itself has a wall of 4.1 centimeters (1.6 inches), and it's coated with another 6-11 cm of steel-reinforced concrete. Each section of the pipe weighs 11 tonnes, which goes to 24-25 tonnes after the concrete is applied. pic.twitter.com/BFYnv36CaF

Now we’ve seen the first images of the Nord Stream damage. One can only imagine that weapons of serious size were used to vaporize entire sections of the pipeline.