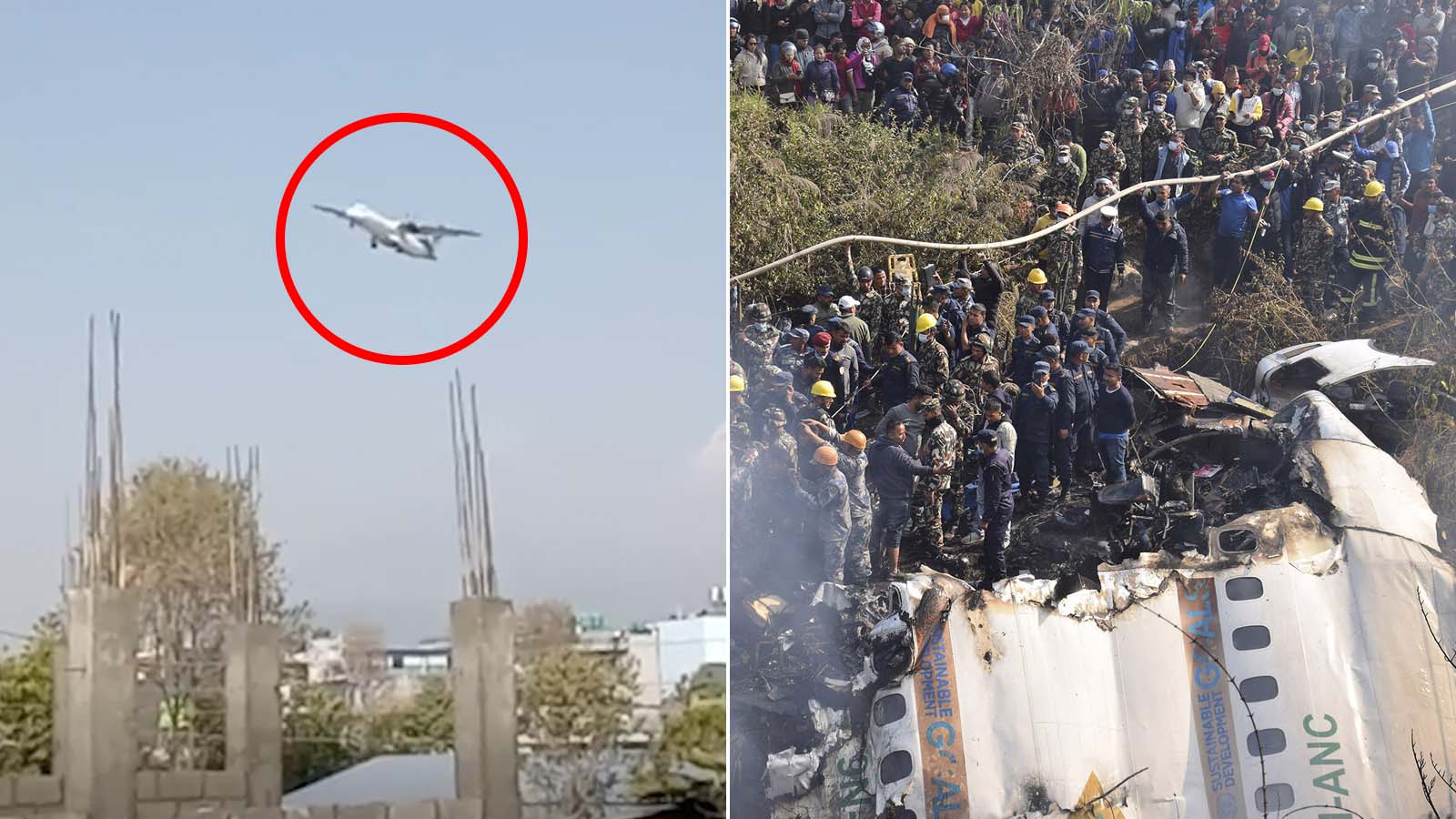 Gut-wrenching footage taken moments after an aircraft crashed in Nepal Sunday morning, killing at least 68 of the 72 passengers aboard, showed the plane engulfed in flames as black smoke billowed above the wreckage.

Clips shared online showed the extensive wreckage, which was still aflame as hundreds of rescue workers worked to recover bodies from a gorge the plane crashed into while landing at a newly opened airport in the resort town of Pokhara.

Images shared online showed scores of rescue workers, Nepali soldiers and other onlookers gathered around the wreckage from what was the Himalayan country’s deadliest airplane accident in three decades.

Other clips on Twitter showed a plane flying at a dangerously low altitude over a residential area turning sharply to the left before a loud explosion.

Yeti Airlines, which operated the flight, confirmed there were 72 people onboard – 68 passengers and four crew. There were 15 foreign nationals among the passengers, including one Australian, one French, one Argentinian, four Russians, five Indians, two south Koreans and one person from Ireland. There were also two infants on board, the Kathmandu Post reported.

Video of what seems to be moments before the crash of Yeti Airlines🇳🇵 ATR72 carrying 72 passengers near Pokhara Airport#aerowanderer #aviation #avgeek #nepal #yetiairlines pic.twitter.com/hk12Edlvpf

Bishnu Tiwari, who lives near the site of the crash, rushed to the scene to help search for bodies.

Thick smoke and flames that engulfed the aircraft hampered rescue efforts, according to Tiwari.

“The flames were so hot that we couldn’t go near the wreckage. I heard a man crying for help, but because of the flames and smoke we couldn’t help him,” Tiwari said.

Prime Minister Pushpa Kamal Dahal said the plane was flying from the capital, Kathmandu, to Pokhara in central Nepal when it crashed. It was not immediately clear what caused the accident.

Dahal, who rushed to the airport after the crash, has set up a panel to investigate the horrific accident’s cause.

“The incident was tragic. The full force of the Nepali army, police has been deployed for rescue,” he said.

Weather can change suddenly in Nepal, home to eight of the world’s 14 highest mountains, including Everest, which can make air travel difficult.

Sunday’s crash is Nepal’s deadliest since 1992, when all 167 passengers aboard a Pakistan International Airlines flight were killed when the plane crashed into a hill. There have been 42 fatal plane crashes in Nepal since 1946, according to the Flight Safety Foundation’s Aviation Safety database.