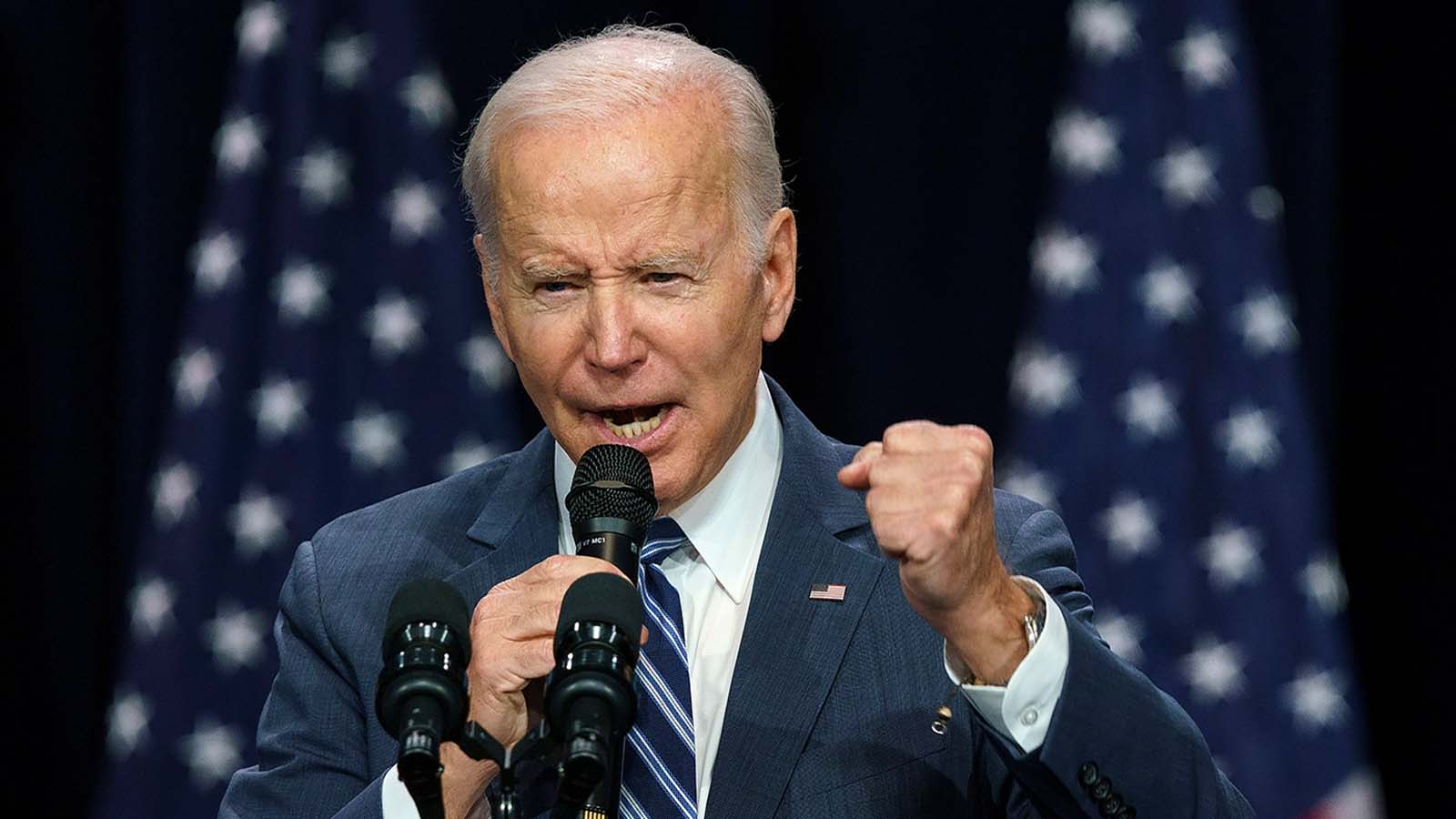 President Joe Biden’s student loan forgiveness plan that would cancel hundreds of billions of dollars in student loan debt for Americans was struck down by a federal judge in Texas on Wednesday.

U.S. District Judge Mark Pittman, a Trump appointee, said in a 26-page ruling (pdf) that the plan is “an unconstitutional exercise of Congress’s legislative power and must be vacated.”

His decision came in response to a lawsuit (pdf) filed by the Job Creators Network Foundation on behalf of two borrowers, Myra Brown and Alexander Taylor, two individuals who claim to have been “harmed by this arbitrary executive overreach.”

The lawsuit, filed last month, alleged that the administration violated the Administrative Procedure Act’s notice-and-comment procedures through which the administration should have sought the public’s input or comment on the program before launching it.

It named the U.S. Department of Education and Miguel Cardona, in his official capacity as the secretary of education as defendants.

The White House has argued that the student loan forgiveness plan is legal under the Higher Education Relief Opportunities for Students (HEROES) Act of 2003, which grants the Department of Education the authority to cancel so much debt for so many people because of the COVID-19 pandemic.

Pittman, in his ruling on Wednesday, said that HEROES Act did not authorize the $400 billion student loan forgiveness program.

No ‘Clear Congressional Authorization For Program’

“Whether the Program constitutes good public policy is not the role of this Court to determine. Still, no one can plausibly deny that it is either one of the largest delegations of legislative power to the executive branch, or one of the largest exercises of legislative power without congressional authority in the history of the United States,” Pittman wrote in Wednesday’s ruling.

“In this country, we are not ruled by an all-powerful executive with a pen and a phone. Instead, we are ruled by a Constitution that provides for three distinct and independent branches of government…The Court is not blind to the current political division in our country. But it is fundamental to the survival of our Republic that the separation of powers as outlined in our Constitution be preserved. And having interpreted the HEROES Act, the Court holds that it does not provide ‘clear congressional authorization for the Program proposed by the Secretary,” Pittman added.

Biden announced in August that he plans to cancel up to $10,000 in student loan debt for individuals making less than $125,000 per year or married couples who earn less than $250,000 per year in income. Pell Grant recipients would get an additional $10,000 in debt forgiven.

However, the program was updated on Sept. 29, drastically scaling back eligibility.

The administration has touted the plan as helping to bring relief to Americans struggling under the weight of trillions in student loan debt.

However, Republican lawmakers and other experts fear it could raise the national debt and further strain the economy at a time of persistent inflation across the country.

The Department of Education estimates Biden’s debt relief program will cost $379 billion, or about $30 billion a year over the next 10 years, although those estimates are based on “highly uncertain assumptions about future economic conditions and participation rates.”

Separately, the Congressional Budget Office, a federal agency, estimated the cost to be more than $400 billion over the next 30 years.

As a result, a number of lawsuits have been filed against the plan, and it was temporarily blocked by the St. Louis-based 8th U.S. Circuit Court of Appeals on Oct. 21 while it considers a request by six Republican-led states to block the program.

“The court has correctly ruled in favor of our motion and deemed the Biden student loan program illegal. The judge criticized the Biden Administration program, calling it ‘one of the largest exercises of legislative power without congressional authority in the history of the United States.’ This ruling protects the rule of law which requires all Americans to have their voices heard by their federal government,” Parker said in a statement.

She added the student loan bailout plan would have failed to address “the root cause of unaffordable tuition: greedy and bloated colleges that raise tuition far more than inflation year after year while sitting on $700 billion in endowments. We hope that the court’s decision today will lay the groundwork for real solutions to the student loan crisis.”