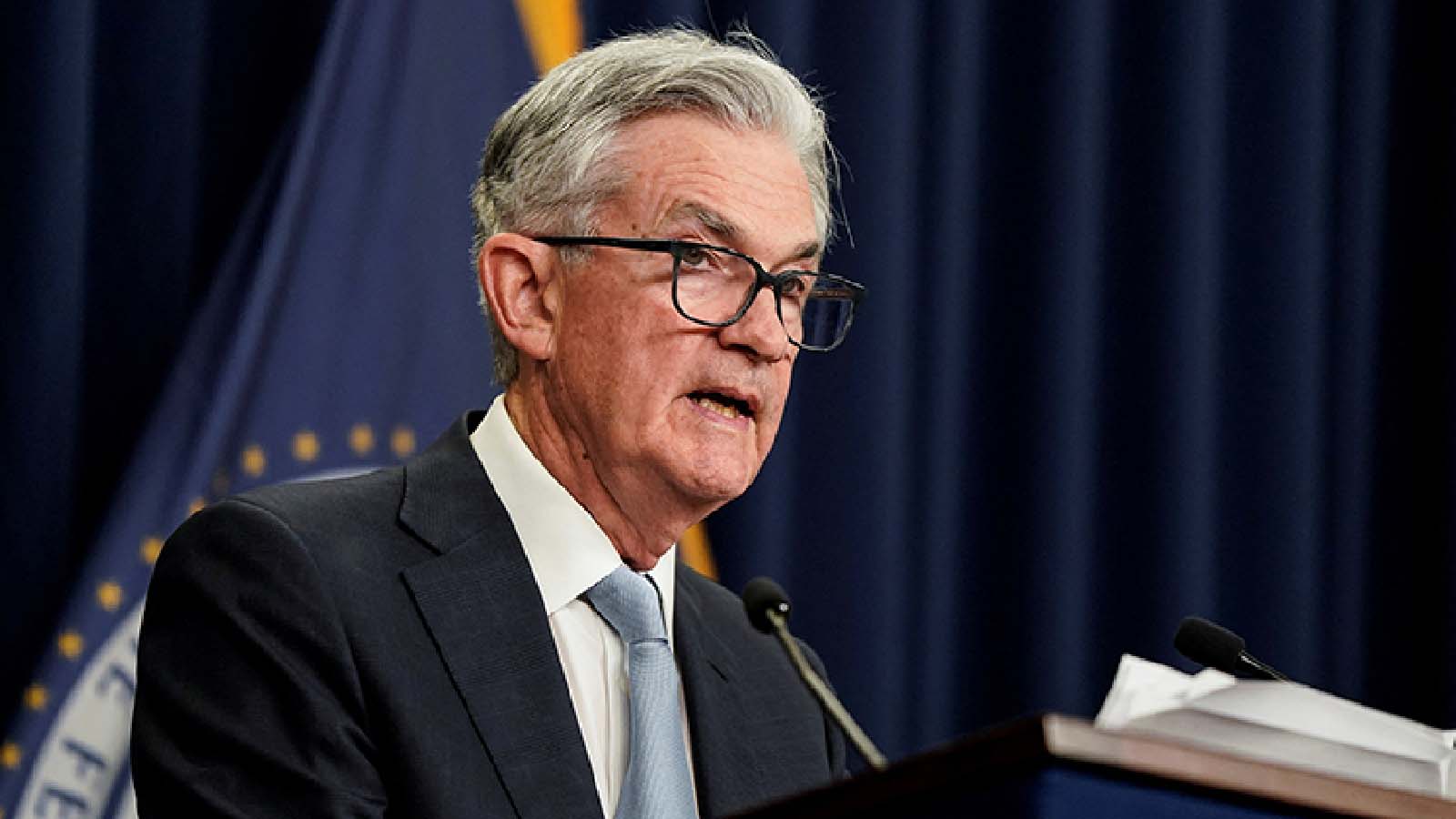 The Federal Reserve raised the benchmark interest rate by 75 basis points on June 15, the largest rate hike since November 1994, as part of its effort to tame soaring inflation.

Federal Open Market Committee (FOMC) officials agreed to increase the Fed funds target range to between 1.5 percent and 1.75 percent. This is the rate that banks charge each other for overnight borrowing, affecting consumer borrowing, such as credit cards and home equity loans.

Before the latest headline inflation reading, the Fed forward guidance had penciled in a 50-basis-point rate hike in June. Investors had been pricing in this level, but a red-hot consumer price index (CPI) prompted the market to alter its expectation and forecast a more hawkish central bank.

During his post-FOMC meeting press conference, Fed Chair Jerome Powell told reporters that “either a 50 basis point or a 75 basis point increase seems most likely” at the July meeting.

The Fed raised interest rates by 25 basis points in March, marking the first increase since 2018. Rates were increased by a half percentage point last month.

Looking ahead to the FOMC’s interest rate projections, the Fed is forecasting 3.4 percent at the end of 2022, up from 1.9 percent in the March projection. It’s also expecting 3.8 percent next year. The Fed’s policymakers anticipate that they’ll start trimming interest rates in 2024.

The Fed increased its inflation forecast for this year from 4.3 percent in March projections to 5.2 percent. The central bank sees inflation slowing to 2.6 percent next year.

On the gross domestic product (GDP) front, the Fed projects that growth will slow to 1.7 percent this year from the previous forecast of 2.8 percent.

“Overall economic activity appears to have picked up after edging down in the first quarter,” the revised FOMC statement reads. “Job gains have been robust in recent months, and the unemployment rate has remained low. Inflation remains elevated, reflecting supply and demand imbalances related to the pandemic, higher energy prices, and broader price pressures.

“The invasion of Ukraine by Russia is causing tremendous human and economic hardship. The invasion and related events are creating additional upward pressure on inflation and are weighing on global economic activity. In addition, COVID-related lockdowns in China are likely to exacerbate supply chain disruptions. The Committee is highly attentive to inflation risks.”

Financial markets turned positive during Powell’s press conference after he signaled that the Fed would remain tough on inflation. The Dow Jones Industrial Average gained nearly 300 points. The S&P 500 increased by 1.5 percent, while the Nasdaq Composite Index was up by 2.5 percent.

The U.S. Treasury market was mostly in the red, with the benchmark 10-year yield down 14 basis points to 3.34 percent.

U.S. rate futures have priced in a 93.4 percent probability of a 75-basis-point hike in July and a 55 percent chance of a half-point increase in September.

The central bank has been coming under pressure to rein in four-decade high inflation by being more aggressive in tightening monetary policy and employing enormous rate hikes. At the same time, the Fed needs to avert a hard crash, ensuring that the United States doesn’t slip into a recession.

Powell and the FOMC are entrenched in a juggling act to balance economic growth and curb inflation. A chorus of economic commentators is doubtful that the Fed can fight inflation and sustain the post-pandemic economic expansion.

When asked if the economy will still experience a soft landing, Powell indicated that recent events, such as commodity price volatility, have increased the degree of difficulty and provided significant challenges to the central bank.

“Panicked by sky-high inflation, now the Fed is stepping hard on the monetary policy brakes too hard in much the same way as last year it kept its foot on the accelerator too long,” Desmond Lachman, economist and senior fellow at the American Enterprise Institute, told The Epoch Times in an email. “It is doing so now by rising interest rates in 75 basis point steps rather than the more normal 25 basis point steps.”

Lachman noted that the Fed’s shift to a more hawkish policy stance might trigger a recession because “it has already caused the asset and credit market bubbles it created last year to burst.”

“Since the start of the year, equity prices have fallen by around 25 percent, bond prices have declined by more than 20 percent, and the cryptocurrency market has lost more than half of its value,” he said. “That has involved the evaporation of around $15 trillion or 70 percent of GDP in household wealth that could cause consumers to cut back heavily on spending.”

The situation comes down to the Fed being unable to admit the problem in the first place, according to Nancy Tengler, CEO and chief investment officer of Laffer Tengler Investments.

Since last year, the policymakers “shared a stubborn refusal to admit the problem,” she wrote in a research note. “The chaos resulting from their actions—and make no mistake, those poor policies straddle both parties—goes unrecognized, un-examined, unresolved, doomed to be repeated.”

Ed Yardeni, president and chief investment strategist of Yardeni Research, essentially echoed this sentiment in a June 15 note, writing that the Fed has been behind the curve, turning “woke” in the process.

“Perhaps the most important similarity between the 1970s and recent events is the lame response of the Fed to the wage-price-rent spiral. The Fed was well behind the inflation curve during most of the 1970s and is now once again,” Yardeni wrote.

Today, the U.S. economy is dealing with a trade-off: beat inflation with a recession or deal with soaring prices and maintain stagnant growth.

“[A] more accelerated Fed hiking cycle ultimately should help tame inflation pressures but will make it more difficult to thread the needle between lower inflation and a recession,” Deutsche Bank said in a June 14 note. “We continue to anticipate that bringing inflation back down to target will require a meaningful hit to demand and rise in the unemployment rate, the latter of which historically does.”

But everything the Fed will do moving forward will be based on data, which has been the modus operandi from before the start of the tightening cycle, according to Robert R. Johnson, CEO of Economic Index Associates and professor at Heider College of Business, Creighton University.

“Let the Federal Reserve raise rates in a very measured manner and there is a possibility that we could achieve a soft landing for the economy,” he told The Epoch Times. “Reckless moves like some are calling for would preclude any possibility of a soft landing.”

Johnson does anticipate that the year-end interest rate would be closer to 3.75 percent to 4 percent.

Wall Street appears to be split on the odds of a recession. Many financial institutions and analysts have placed the bets at 50 percent, while others think there’s a decent chance that the U.S. economy could experience a soft landing.

But could a recession already be here? It wouldn’t be surprising, said Peter Boockvar, chief investment officer at Bleakley Advisory Group.

“I wouldn’t be surprised if it started in the third quarter of this year,” he told CNBC on June 10. “You can say that we’re in the midst of it right now, in the beginning phase. Only in retrospect will we know for sure, but it should not surprise us at this point.”

In the first quarter, the U.S. economy contracted at a 1.5 percent rate.

The next two-day FOMC policy meeting will take place on July 26 and 27.

According to the CME FedWatch Tool, the market is penciling in a three-quarter point rate hike next month.