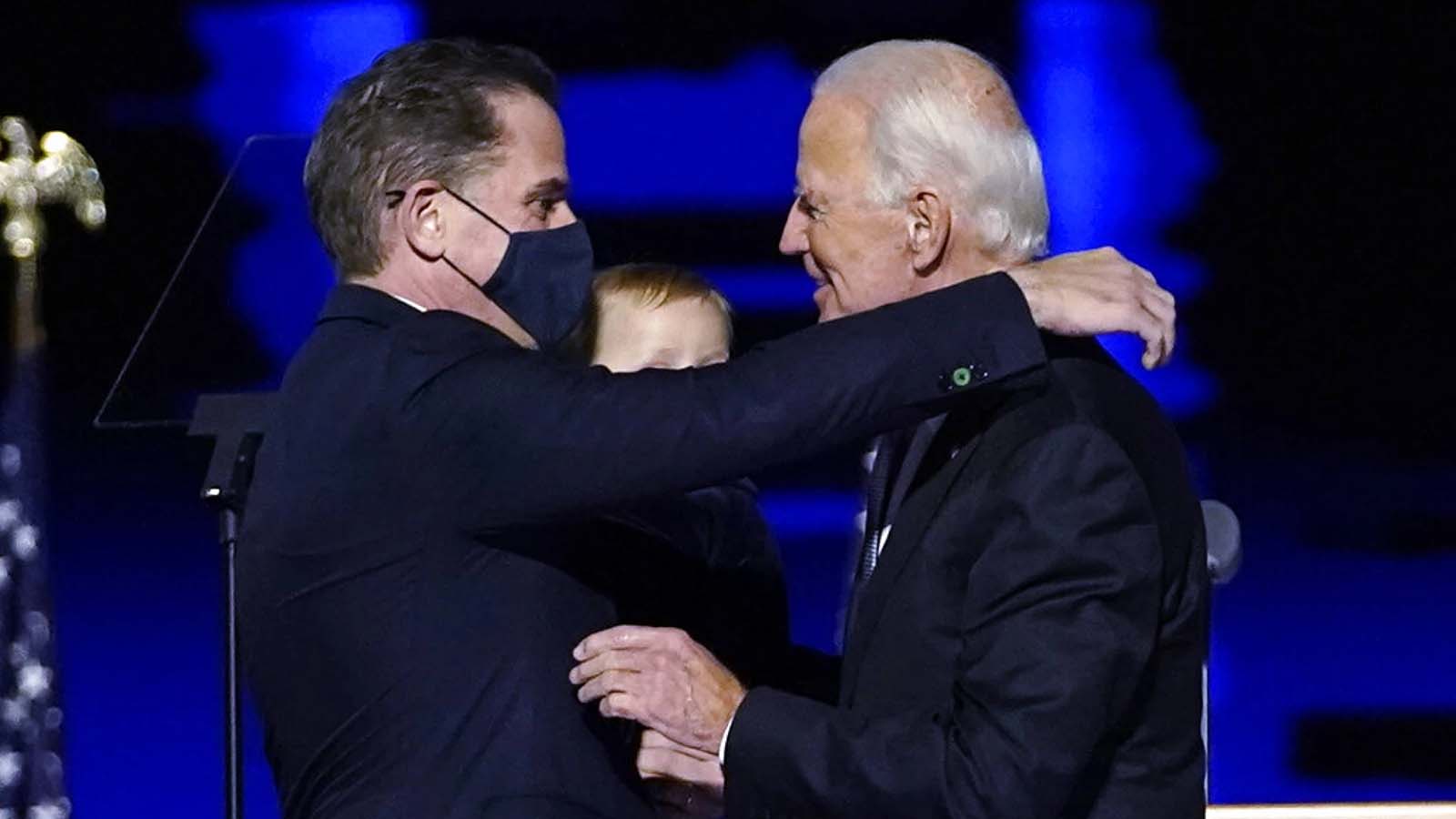 The FBI is in possession of “voluminous evidence” of “potential criminal conduct” by President Joe Biden’s son Hunter Biden related to his overseas business dealings with China and Ukraine, according to new whistleblower disclosures.

Sen. Chuck Grassley (R-IA), who previously released whistleblower claims alleging that evidence on Hunter Biden’s criminality was wrongly labeled “disinformation” within the bureau, made the revelations in a Thursday letter obtained by the Washington Examiner. It was sent to Attorney General Merrick Garland, FBI Director Christopher Wray, and Delaware U.S. Attorney David Weiss — who is running the criminal investigation into Hunter Biden.

The whistleblower allegations relate to Hunter, as well as James Biden, the president’s brother, regarding the duo’s dealings with the Chinese government-linked energy conglomerate CEFC China Energy. They also relate to the younger Biden’s work for Ukrainian gas giant Burisma Holdings. Grassley said his staff “reviewed the unclassified records” supporting the whistleblower claims.

“Based on recent protected disclosures to my office, the FBI has within its possession significant, impactful, and voluminous evidence with respect to potential criminal conduct by Hunter Biden and James Biden,” Grassley said in the letter.

On the China front, the Republican senator cited Tony Bobulinski, a Navy veteran and former business associate of Hunter Biden, who went to the FBI in October 2020 to detail the Biden family’s efforts to do business in China.

CEFC is a since-defunct multibillion-dollar Chinese company founded by Ye Jianming, a business tycoon who has since disappeared in China but with whom Hunter and James Biden had attempted to work out numerous deals and from whom the duo ultimately received millions of dollars.

“The evidence within the FBI’s possession that I am referencing is included, in part, in a summary of Tony Bobulinski’s October 23, 2020, interview with FBI agents,” Grassley’s letter states. “In that interview, Mr. Bobulinski stated that the arrangement Hunter Biden and James Biden created with foreign nationals connected to the communist Chinese government included assisting them with potential business deals and investments while Joe Biden was Vice President; however, that work remained intentionally uncompensated while Joe Biden was Vice President. After Joe Biden left the Vice Presidency, the summary makes clear that Hunter Biden and James Biden worked with CEFC and affiliated individuals to compensate them for that past work and the benefits they procured for CEFC.”

Republicans have scrutinized Hunter Biden’s partnership with Jianming and his top lieutenant, Patrick Ho, who was sentenced to three years in prison in March 2019 for violating the Foreign Corrupt Practices Act. The case against Ho revealed that some evidence had been obtained through the Foreign Intelligence Surveillance Act.

Hunter Biden struck a $1 million legal retainer agreement with Ho following his arrest. The president’s son referred to Ho as the “f***ing spy chief of China” in a recording dated May 11, 2018.