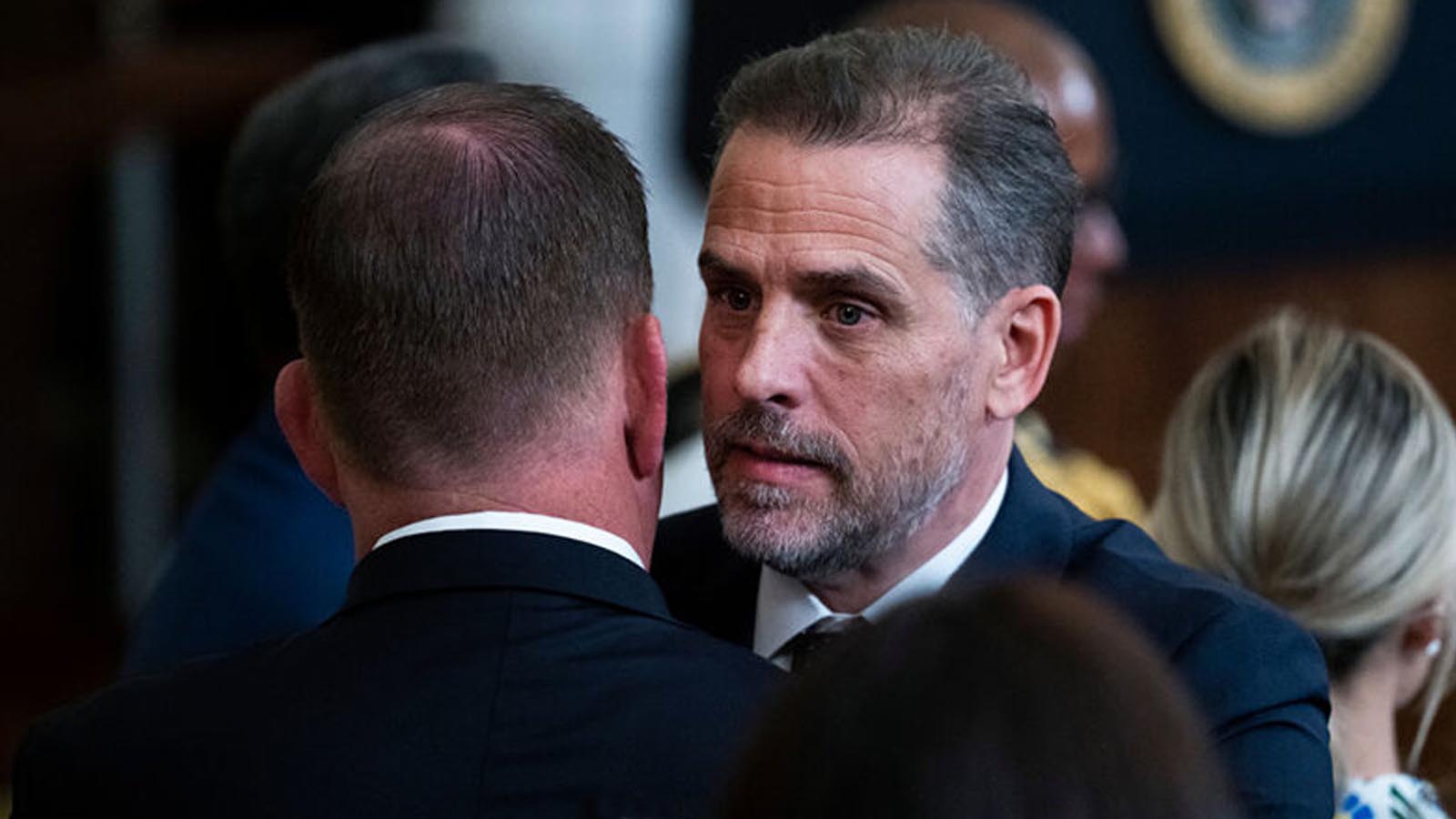 Sen. Chuck Grassley (R-IA) claimed that “highly credible” whistleblowers informed him of efforts within the FBI and the Justice Department to downplay or dismiss negative information about Hunter Biden.

According to letters reviewed by CBS News, Grassley, the ranking member of the Senate Judiciary Committee, wrote FBI Director Christopher Wray and Attorney General Merrick Garland alleging that sources within the FBI presented to him evidence of attempts to downplay or discredit information about Hunter Biden.

“The information provided to my office involves concerns about the FBI’s receipt and use of derogatory information relating to Hunter Biden, and the FBI’s false portrayal of acquired evidence as disinformation. The volume and consistency of these allegations substantiate their credibility and necessitate this letter,” wrote Grassley.

“First, it’s been alleged that the FBI developed information in 2020 about Hunter Biden’s criminal financial and related activity,” he continued. “It is further alleged that in August 2020, FBI Supervisory Intelligence Analyst Brian Auten opened an assessment which was used by an FBI Headquarters (“FBI HQ”) team to improperly discredit negative Hunter Biden information as disinformation and caused investigative activity to cease.”

Grassley’s letter further alleged that just one month before the 2020 election, “an avenue of derogatory Hunter Biden reporting was ordered closed” by a senior FBI agent at the bureau’s Washington Field office.

“The allegations provided to my office appear to indicate that there was a scheme in place among certain FBI officials to undermine derogatory information connected to Hunter Biden by falsely suggesting it was disinformation,” wrote Grassley.

Delaware U.S. attorney David Weiss, whose office has been investigating potential tax fraud, money laundering, and foreign influence peddling, declined to comment on whether his office was aware of the FBI allegedly labeling accusations against Hunter Biden disinformation or if it had influenced his probe.

“Whistleblowers have reported to me, that although the FBI and Justice Department maintain policies dictating specific standards requiring substantial factual predication to initiate an investigation, Thibault and other Justice Department and FBI employees failed to comply with these requirements,” wrote Grassley.

“In light of these allegations, I remain very concerned that political bias by a select group of Justice Department and FBI officials has infected the Justice Department’s and FBI’s usual process and procedure to open and pursue high-profile and politically charged investigations,” Grassley continued.

Grassley concluded by requesting records from the FBI and Justice Department by August 8 while alleging that Garland and Wray “have systemic and existential problems within” their respective agencies.

In addition to requesting records from the FBI and the Justice Department by Aug. 8, Grassley complained about the way the bureau and department are being run.

“You have an obligation to the country to take these allegations seriously, immediately investigate,” he concluded.

In 2018 and 2020, Breitbart senior contributor and Government Accountability Institute President Peter Schweizer published Secret Empires and Profiles in Corruption. Each book hit #1 on the New York Times bestseller list and exposed how Hunter Biden and Joe Biden flew aboard Air Force Two in 2013 to China ten days before Hunter’s firm inked a $1.5 billion deal with a subsidiary of the Chinese government’s Bank of China. Schweizer’s work also uncovered the Biden family’s other vast and lucrative foreign deals and cronyism.

Breitbart political editor Emma-Jo Morris’s investigative work on the Hunter Biden “laptop from hell” also captured international headlines when she, along with Miranda Devine, revealed Joe Biden was intimately involved in Hunter’s businesses, appearing to even have a ten percent stake in a company the scion formed with officials at the highest levels of the Chinese Communist Party (CCP).