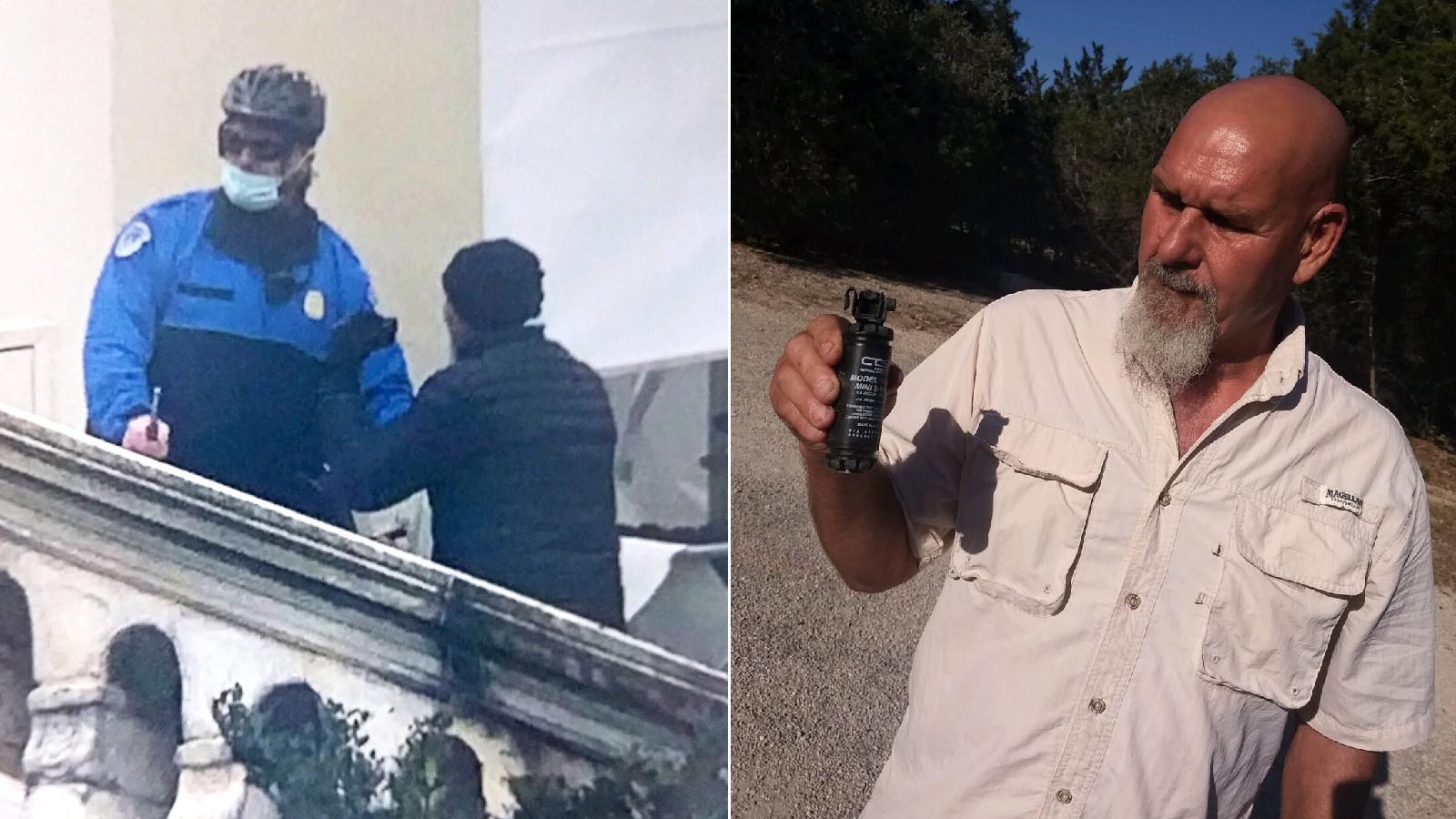 A retired Texas couple said FBI agents busted through the gate of their rural home, threw flashbangs, handcuffed them, and trained lasers on them before searching their home for evidence connected to the Jan. 6 breach of the Capitol.

Lora DeWolfe and Darrel Kennemer, who live on seven acres near San Marcos, Texas, told The Epoch Times they attended the Jan. 6 rally at the Capitol but did nothing wrong. They believe the FBI mistakenly identified Kennemer as someone else.

The FBI didn’t arrest them, they said. Agents eventually produced a search warrant saying Kennemer was suspected of “assaulting, resisting or impeding” officers and “entering restricted building or grounds.”

Both said they went no further than the Capitol steps on Jan. 6 and did not harm anyone or damage anything. They said the allegation of assault was false, and the FBI kept showing Kennemer a blurry photo of a man who looked similar but wasn’t Kennemer.

“I vacillate between feeling mad and helpless,” DeWolfe said. “I was really sad. We just wanted an honest election.”

“They’re corrupt, and they’re trying to scare us,” Kennemer said, adding he feels the FBI targeted him for just being at the rally.

Their ordeal began when their gate alarm woke them up in the pre-dawn hours of June 22, DeWolfe said. At first, they thought a deer had tripped the alarm, but DeWolfe got up and saw a white car. Kennemer got his AR-15 rifle and went outside, not knowing what to expect, she said.

FBI officers got out of the white vehicle and told Kennemer, who had his rifle up in the air, to drop his weapon. He kept his rifle and asked the FBI to show him a warrant. Kennemer said someone threw a flash-bang at him repeatedly because he wouldn’t drop his weapon at first.

DeWolfe said he put the gun down when she came out of the house. She noticed red laser sights trained on both of them.

“There was a drone flying around and an aircraft,” she said. “They never showed a warrant until the end.”

DeWolfe then tried calling a neighbor before the FBI told them to drop their phones, which ended up recording the first few minutes of the raid.

Agents entered the house and threw a flash-bang that frightened their dogs, causing one to run away, DeWolfe said.

Agents split them up and began questioning them. They showed Kennemer a blurry photo of a man at the Capitol with facial hair similar to his, according to Kennemer. They asked him about breaking a window, which he denied as well.

Hours later, the agents came out with a black coat, a dark Trump beanie, and a scarf. They also took the couple’s phones, which had photos from Jan. 6. Luckily, DeWolf said she had some of them printed.

Later that day, DeWolf was able to call her daughter, Ricci Bratton, to tell her what happened. Bratton, who served in the U.S. Airforce, said her mom called her around 1 p.m

“You want to talk about surreal—my first instinct was you’re kidding. There’s no way,” Bratton told The Epoch Times.

Bratton said she thought her mother was in shock but was trying to remain calm.

“It wasn’t a knock at the door. That’s for sure,” Bratton said. “I can’t believe this is happening. You don’t believe it’s happening to your family.”