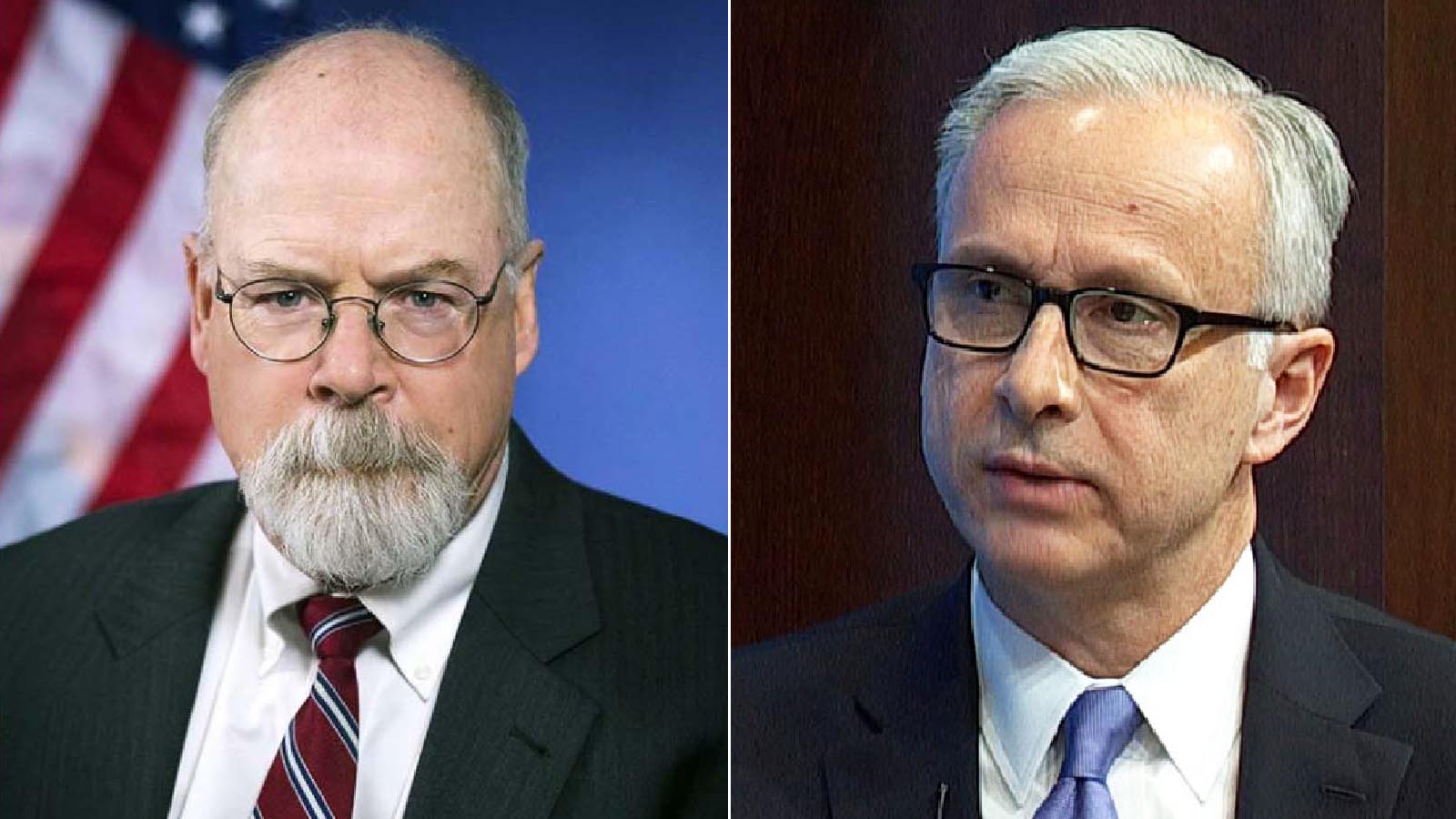 The FBI’s former general counsel, whom Michael Sussmann has been charged with lying to, shed light on their relationship as he took the stand Wednesday to begin his key testimony in special counsel John Durham’s case against the Democratic cybersecurity lawyer.

Sussmann has been accused of concealing his clients, Hillary Clinton’s 2016 campaign and former Neustar executive Rodney Joffe, from James Baker when he presented since-debunked allegations of a secret back channel between the Trump Organization and Russia’s Alfa-Bank during a September 2016 meeting.

Baker testified Wednesday that Sussmann “sent me a text on my personal phone seeking to set up a meeting with me” the day before their eventual meeting.

“Jim — it’s Michael Sussmann. I have something time-sensitive (and sensitive) I need to discuss,” Sussmann texted Baker. “Do you have availability for a short meeting tomorrow? I’m coming on my own — not on behalf of a client or company — want to help the Bureau. Thanks.”

Durham has argued that this shows Sussmann didn’t just lie about not having a client during their meeting but that he also put that lie in writing the night before.

Baker, who in 2016 was serving as the FBI’s top lawyer under then-director James Comey, left the FBI in 2018 and went on to work with Lawfare, a national security blog affiliated with the Brookings Institution, whose editor-in-chief is Comey friend Benjamin Wittes. Baker also worked for the R Street Institute and as a CNN legal analyst before joining Twitter, where he is currently the deputy general counsel and vice president of legal.

Sussmann, who also helped the Democratic National Committee handle its response to the 2016 hack, denies wrongdoing, pleaded not guilty, and unsuccessfully called on the judge to dismiss the case, even relying in part on legal analysis by fired FBI agent Peter Strzok.

On Wednesday, Durham prosecutor Andrew DeFilippis asked when Baker found this text, and he said it was only “a few months ago” in March, located in response to a request from the government. Baker said Durham himself asked him to look for emails or other communications with Sussmann because of an obligation to pass information along to the defense. Baker said he downloaded messages from the cloud and that this message was the first one from Sussmann that popped up.

When asked why he hadn’t found the text earlier, Baker replied, “I’m not out to get Michael. This is not my investigation. This is your investigation. … I had not recalled that he had texted me until I saw this text in March.”

After recovering the text, Baker says he reached out to his attorney, who told law enforcement, and FBI agents came to his house that evening.

When asked why he agreed to meet with Sussmann so quickly back in 2016, Baker replied, “Michael wants to meet. I trust Michael … It seemed to me at the time that it was very important.”

Baker said he knew Michael when he was at the Justice Department and subsequently became friends with him.

Baker said he knew Sussmann’s legal practice related to “national security” and “privacy” issues. He said in 2016 that the two of them spoke “not frequently, but on a regular basis.”

Baker said at some point that year that he learned Sussmann was representing the DNC and/or the Clinton campaign regarding the “cyber incident” — the hack of the DNC. Baker said he believed Sussmann was doing work on “the cyber matters, but not a political issue.”

Durham argues that Sussmann’s alleged lie to Baker was “material” and that it mattered. Sussmann argues he didn’t lie and that even if he did, it was immaterial.

Baker met with Bill Priestap, who was assistant director of the FBI’s Counterintelligence Division, and Trisha Anderson, the FBI’s deputy general counsel, after his Sussmann meeting in 2016. Priestap wrote that Baker said Sussmann was “not doing this for any client.” Anderson wrote in part: “No specific client.”

Handwritten notes during a March 2017 meeting by Associate Deputy Attorney General Tashina Gauhar put “attorney” in quotation marks and said this person was “brought to FBI on behalf of his client.” Notes by acting Assistant Attorney General Mary McCord said, “Attorney brought to Jim Baker and [did not] say who client was.”

Durham pointed out that Fusion GPS’s collusion claims were pushed to the media, State Department, Justice Department, and Congress, which “resulted in numerous media articles” before and after the 2016 election. Fusion also drafted one of the “white papers” Sussmann gave Baker.

Scott Hellman, currently an FBI supervisory special agent leading a team investigating cybercrime, testified this week that he and a supervisor retrieved the thumb drives and other information passed to the FBI the day after the Baker-Sussmann meeting, reviewed the secret communication claims, and quickly rejected them.

Special counsel Robert Mueller, the FBI, the CIA, and a bipartisan Senate Intelligence Committee investigation cast doubt on or rejected the Alfa-Bank claims touted by the Clinton campaign.

Baker has previously defended the Trump-Russia investigation more broadly and the FBI’s handling of Christopher Steele’s dossier. He was involved in the signoff process of at least the first Foreign Intelligence Surveillance Act warrant application that targeted former Trump campaign adviser Carter Page.