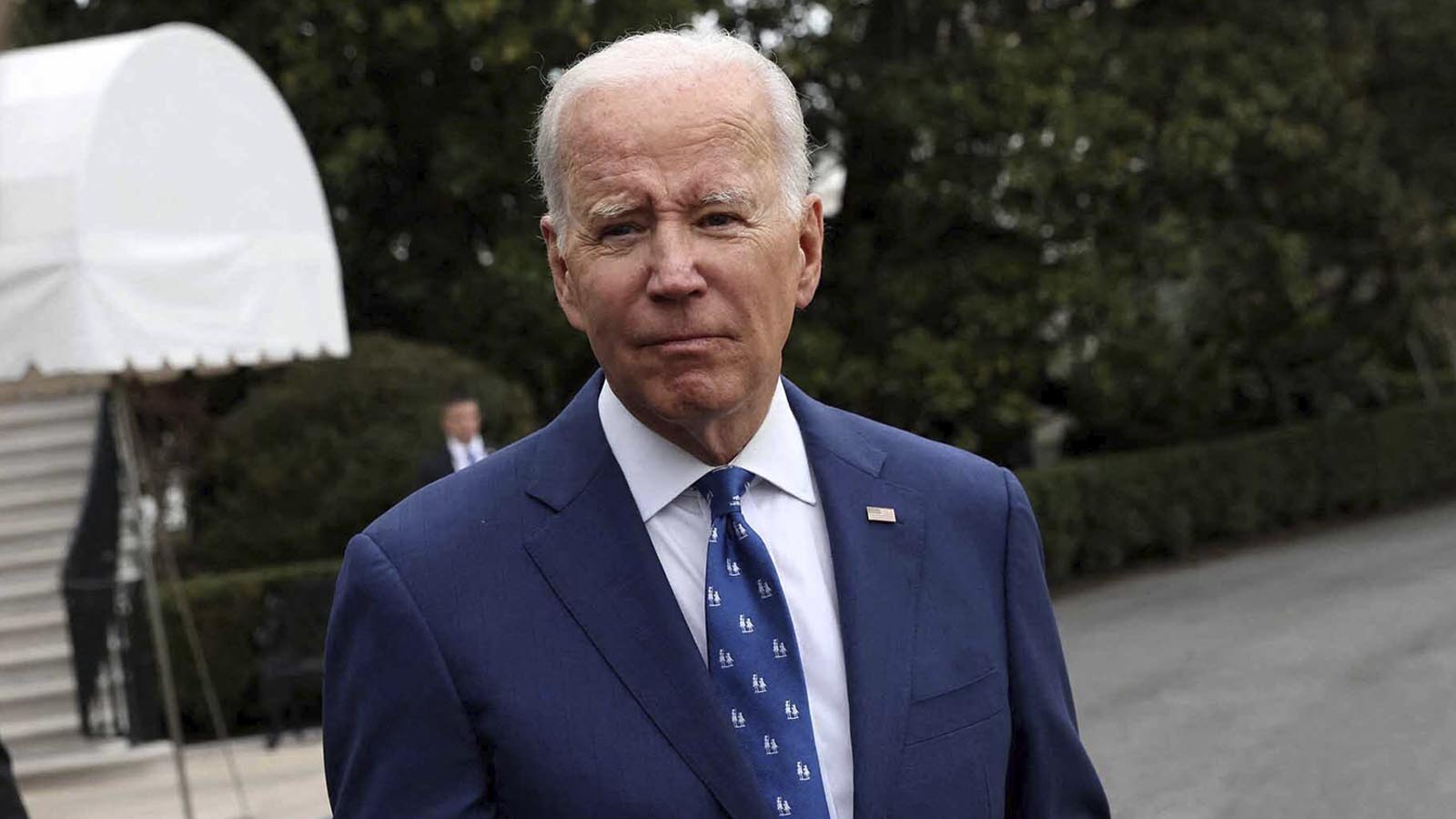 The White House claimed that the search was not the subject of a warrant or court-authorized process, and was instead voluntary.

“The FBI executed a planned, consensual search of the President’s residence in Wilmington, Delaware,” said Assistant US Attorney Joseph Fitzpatrick. 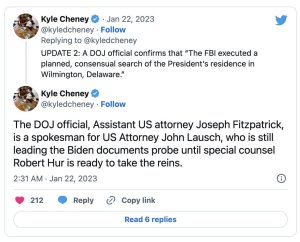 “DOJ took possession of materials it deemed within the scope of its inquiry, including six items consisting of documents with classification markings and surrounding materials, some of which were from the President’s service in the Senate and some of which were from his tenure as Vice President,” Bob Bauer, Biden’s personal lawyer, said in a statement. “DOJ also took for further review personally handwritten notes from the vice-presidential years.”

Bauer said that the FBI asked the White House not to comment on the search until it was over. Bauer claimed that the FBI “had full access to the President’s home, including personally handwritten notes, files, papers, binders, memorabilia, to-do lists, schedules, and reminders going back decades.”

Classified documents connected with Biden were first found in his private office at the Penn Biden Center, a think tank in Washington, D.C., on November 2, less than a week before the 2022 midterm elections. Since then, Biden’s attorneys have located more classified documents at Biden’s home in Wilmington, Delaware, on three separate occasions: an unspecified number found in the garage on December 20, one document found in Biden’s study on January 11, and five more found in the study on January 12.

U.S. Attorney General Merrick Garland appointed former U.S. Attorney Robert Hur — who served during the Trump administration — to serve as special counsel in the investigation after the U.S. Attorney for the Northern District of Illinois John Lausch, who was assigned to do an initial review of the case, recommended to Garland that a special counsel be appointed.

Biden responded to the scandal on Thursday by saying that he has “no regrets” over his actions and that getting questions about the investigation “quite frankly bugs” him.

“We’re fully cooperating, looking forward to getting this resolved quickly,” Biden claimed. “I think you’re gonna find there’s nothing there. I have no regrets. I’m following what the lawyers have told me they want me to do — that’s exactly what we’re doing. There’s no there, there.”