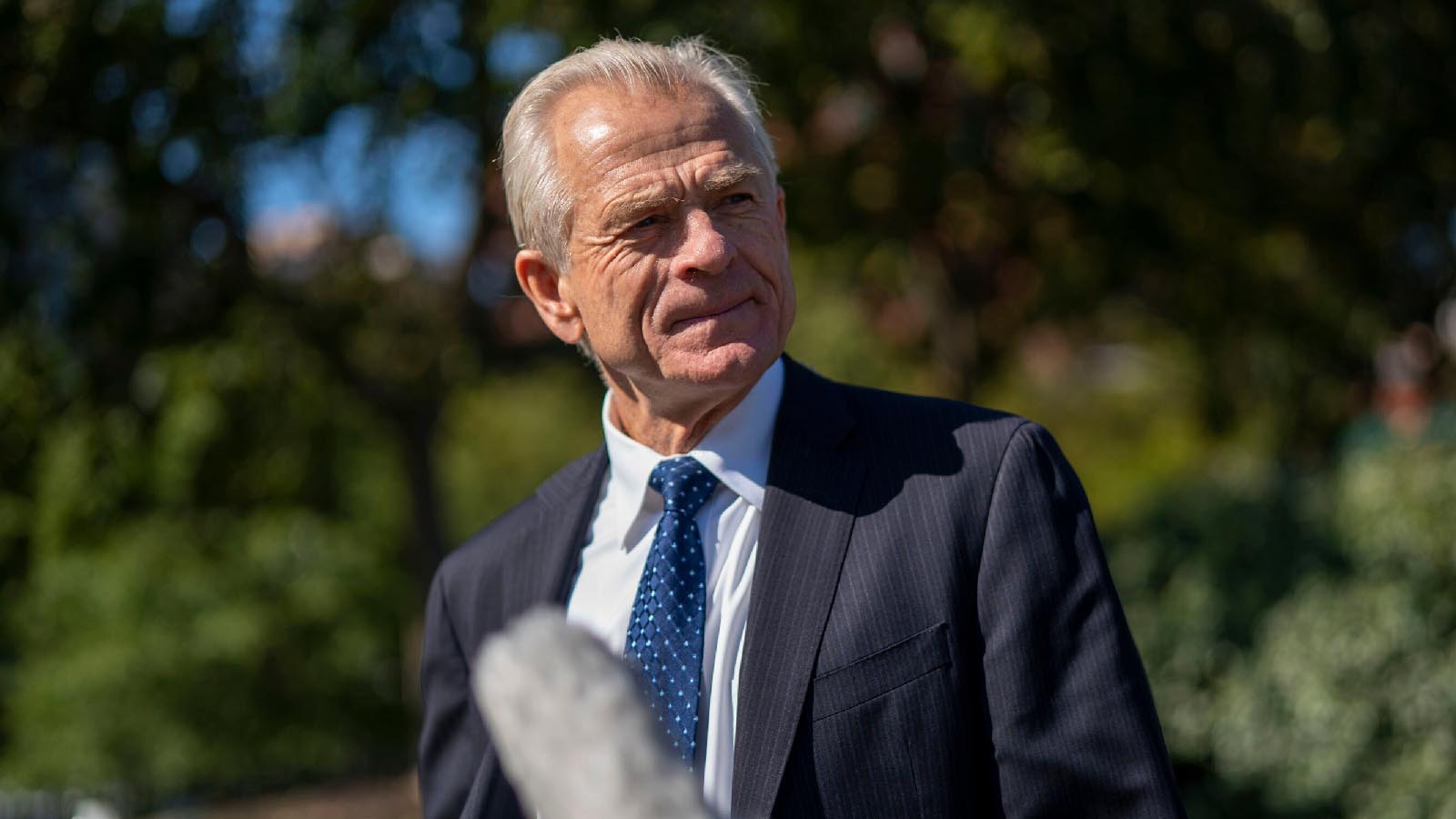 The Federal Bureau of Investigation (FBI) arrested former White House economic adviser Peter Navarro on Friday, acting on a referral from the Democrat-run House that held him in contempt for refusing to testify at the partisan January 6 Committee. 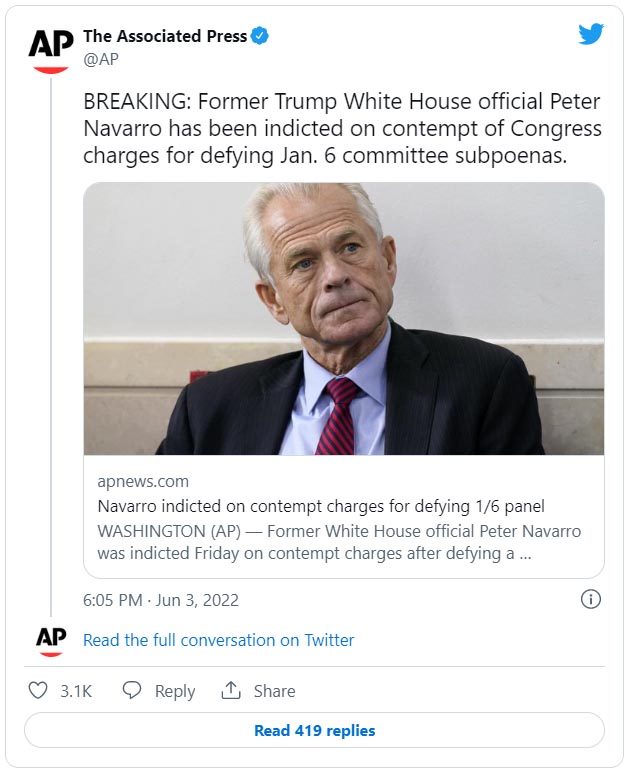 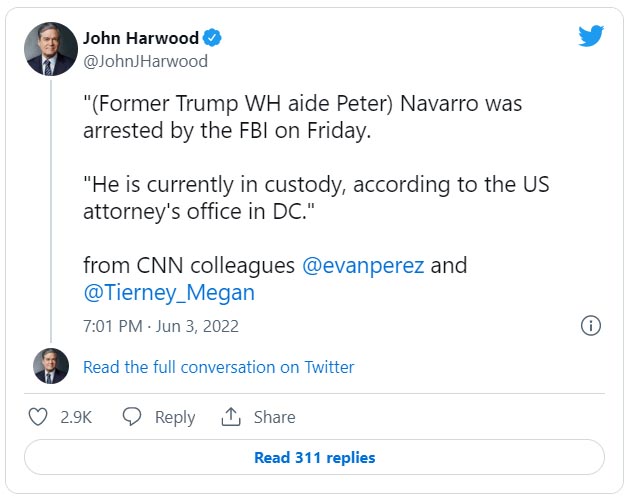 The arrest came one day after Navarro appeared on left-wing MSNBC to promise that he would lead efforts to promote the impeachment of President Joe Biden if Republicans take Congress in the midterm elections, which they are expected to do.

Navarro was held in contempt by Congress in March, along with former White House communications aide Dan Scavino, who was accused of refusing to testify based on false claims by the committee that he had not tried to cooperate.

As Breitbart News noted at the time:

Navarro has said candidly in interviews that the plan among Trump loyalists was to use a peaceful protest at the Capitol to pressure Congress and Vice President Mike Pence to reject the certification of Electoral College votes from states where the results were being contested by the Trump campaign.

Contrary to the claims of the January 6 committee, Navarro said that the violence that erupted interfered with the plan and ensured its failure.

Navarro is among several witnesses who have sued the committee in federal court, claiming that it is violating the separation of powers by performing a law enforcement function, and that it has violated the terms of its own enabling resolution.

Speaker of the House Nancy Pelosi (D-CA) took the unprecedented step of refusing to seat some Republican members of the committee. When House Minority Leader Kevin McCarthy (R-CA) withdrew all of his nominees in response, Pelosi hand-picked the committee of seven Democrats and two Republicans, contrary to the eight Democrats and five Republicans that the resolution requires. The committee has no official ranking member, which critics say means its subpoenas are invalid.

Though the Supreme Court has given the committee access to documents over which former President Donald Trump tried to exert executive privilege, critics argue that the privilege still covers other materials, such as conversations with the president.

The committee also subpoenaed McCarthy, targeting the leader of the opposition in a one-sided inquiry. It has also reportedly worked with the Department of Justice in criminal investigations, despite denying due process protection to witnesses.

The Department of Justice ignored referrals for contempt of Congress when a Republican-led Congress found then-Attorney General Eric Holder in contempt for refusing to hand over documents relating to Operation Fast and Furious, which led indirectly to the murder of Border Patrol agent Brian Terry, and when Congress found former Internal Revenue Service official Lois Lerner in contempt for refusing to testify about her agency’s effort to target conservative groups.

Navarro was considered one of then-President Donald Trump’s most effective advisers, after leading the effort to pass the U.S.-Mexico-Canada Agreement to replace NAFTA, and after pushing for tariffs on China as a geopolitical rival.