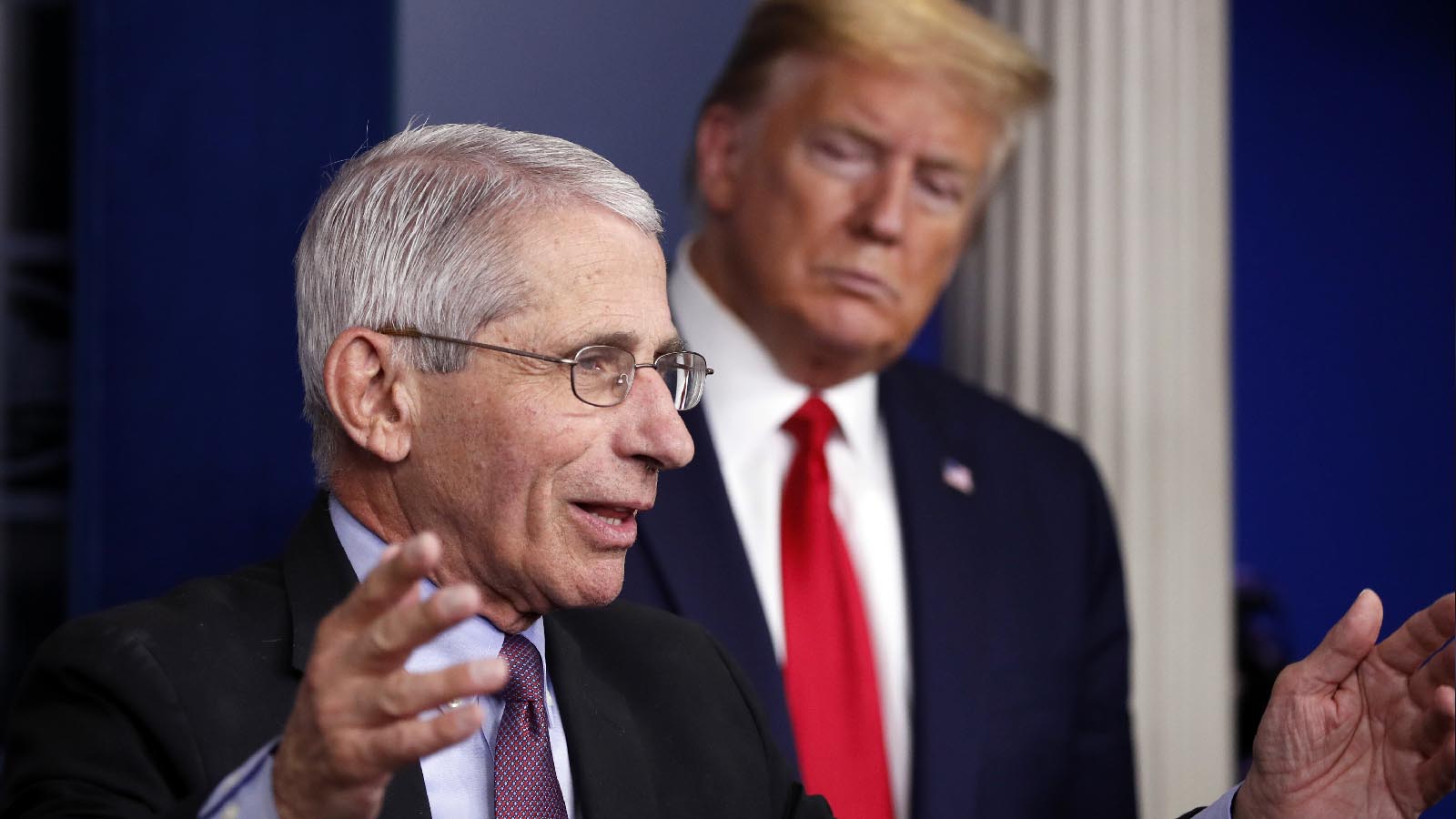 White House COVID-19 adviser Anthony Fauci revealed what he would do if former President Donald Trump wins the presidency in 2024.

Speaking to CNN on Sunday, when asked if he would stay around under a new Trump administration, Fauci said he would not.

Fauci was also asked about the Trump administration’s response to the pandemic.

“I think just history will speak for itself about that. I don’t need to make any further comments on that … It’s not productive,” he said.

“People are tired of hearing Fauci and all these idiots, these people,” Trump said in October 2020 during a campaign conference call, referring to the doom-and-gloom predictions that were being made along with COVID-19-related restrictions. “Every time he goes on TV, there’s a bomb, but there’s a bigger bomb if you fire him,” he said at the time.

In March of last year, Trump told a podcast of Fauci: “I thought rather than firing him, you know, I listened to him, but I didn’t do what he said because, frankly, his record is not a good record.”

“I like him personally,” the former president added. “He’s actually a nice guy. He’s a great promoter. He’s really a promoter more than anything else.”

In March, Fauci, 81, hinted at retiring from being in charge of the National Institute of Allergy and Infectious Diseases, a position he’s held since 1984.

For more than 50 years, Fauci has served as a public health expert in various capacities, although he was appointed as lead White House COVID-19 adviser by Biden last year.

“I can’t stay at this job forever. Unless my staff is going to find me slumped over my desk one day. I’d rather not do that,” Fauci said at the time.

Trump, meanwhile, has not publicly committed to running for president in 2024, although he has strongly hinted that he might.

“They’re going to find out the hard way starting Nov. 8 and even more so starting November 2024,” Trump said during a recent Conservative Political Action Conference in February, referring to the Democratic Party’s chances.