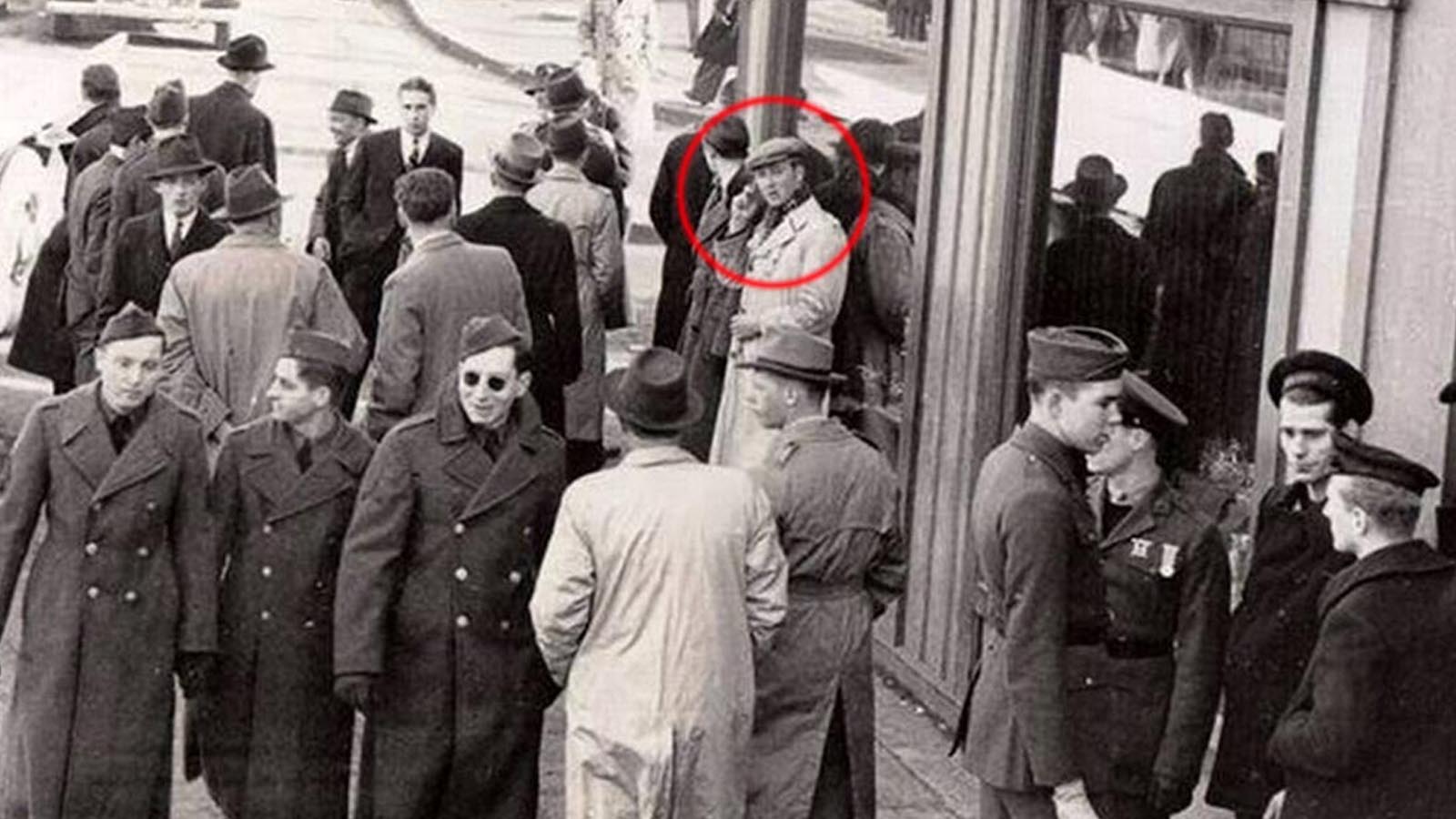 Surely, it must be a man out of time?

Sleuths on Facebook have spotted an odd-looking fellow in a black-and-white 1940s photograph where he appears to be using a device way too high-tech for the decade.

The mystery dawns back to 1943 in Reykjavík, Iceland, where the suspicious character is seen around deployed US soldiers during World War II, according to the Sun.

But this man isn’t in army fatigues. Instead, he stands out for wearing a lightly colored trench coat while holding his hand close to his ear as a modern-day cellphone user would.

It didn’t take long for social media to throw their thoughts into the ring, insisting the man must be a time traveler.

“I don’t know what to say, I don’t think he’s just talking on the phone… He’s in a stupor, standing alone and wearing a different headdress than the others and a scarf and acting like we would do today,” Hoffmann added.

Another user, Karolina Petursdottir, even evoked a likeness to “Dr. Who,” according to the Mirror.

Beyond the niche old photo group, the picture found its way into a conspiracy theory video on YouTube titled “10 REAL Cases of Time Travel That Cannot Be Explained.”

Surprisingly, a theory that the man was operating as a spy for the Axis powers was not proposed by any parties involved.

Instead, those with more levelheaded philosophies in the Facebook group insisted he had just been checking to see if his watch was working.

Others said he was simply using a tobacco pipe and had gone to scratch his ear while the photo was taken.