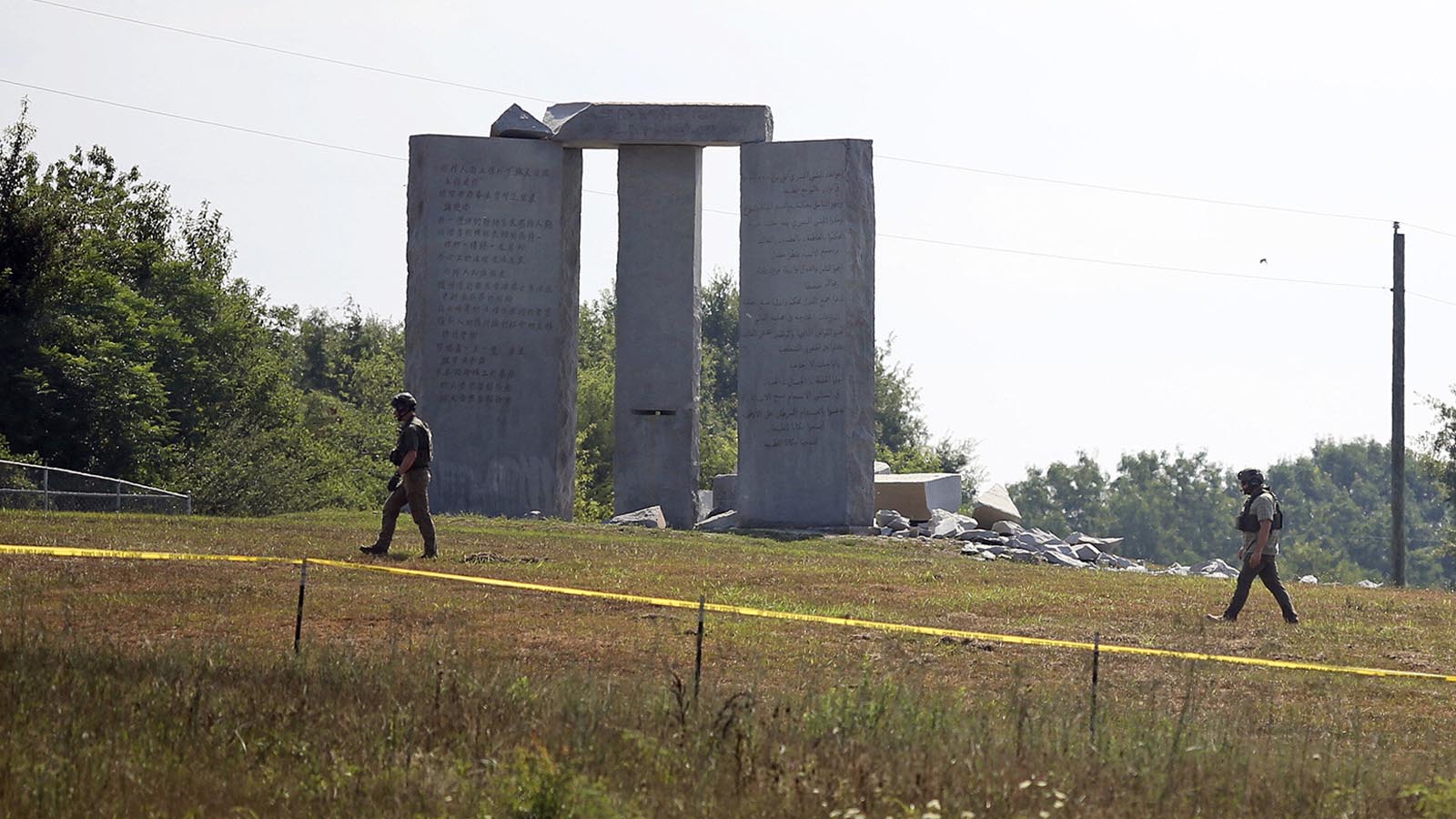 The controversial Georgia Guidestones, a monument located in Georgia, has been partially destroyed after reports of an explosion.

“Investigators said unknown people detonated an explosive device at around 4 a.m,” reports Fox 5 Atlanta. No one was injured as a result of the incident.

One of the “wings” of the monument was completely destroyed by the blast, which occurred despite constant monitoring of the site with cameras that feed back to a 911 call center.

The Georgia Bureau of Investigation responded to the explosion by sending the bomb squad. Drone footage shows that the tourist attraction has suffered extensive damage.

The monument has attracted opposition amongst some due to its creepy inscriptions, which call for “maintaining humanity under 500 million,” a figure which the world hasn’t seen since the 1500’s and would require outright mass genocide to achieve.

The stones also call for the imposition of a “world court” and demands humans “be not a cancer on the Earth.”

The Georgia Guidestones were built in 1980 at a cost of $500,000 dollars on behalf of “a small group of loyal Americans” who remain anonymous to this day, but is believed to include philanthropist and population control-enthusiast Ted Turner.

Turner has repeatedly advocated for a 95 percent population reduction and attends weird confabs with the likes of Bill Gates and George Soros to discuss how globalists could use their wealth to “slow the growth of the world’s population.”

As the History Channel explains, the stones are aligned to precisely track astrological and solar cycles.

“The east and west corners of the monument track sunrise and sunset. A slot that’s cut into one of the slabs marks the winter and summer solstices. A shaft that’s drilled through the center of the stone marks Polaris, the north star. And a slit that’s cut through the capstone marks the perfect noon time. So that means it’s this sort of granite Swiss Army knife: The Guidestones have a calendar, a compass, a translator and a guide…which is bananas.”