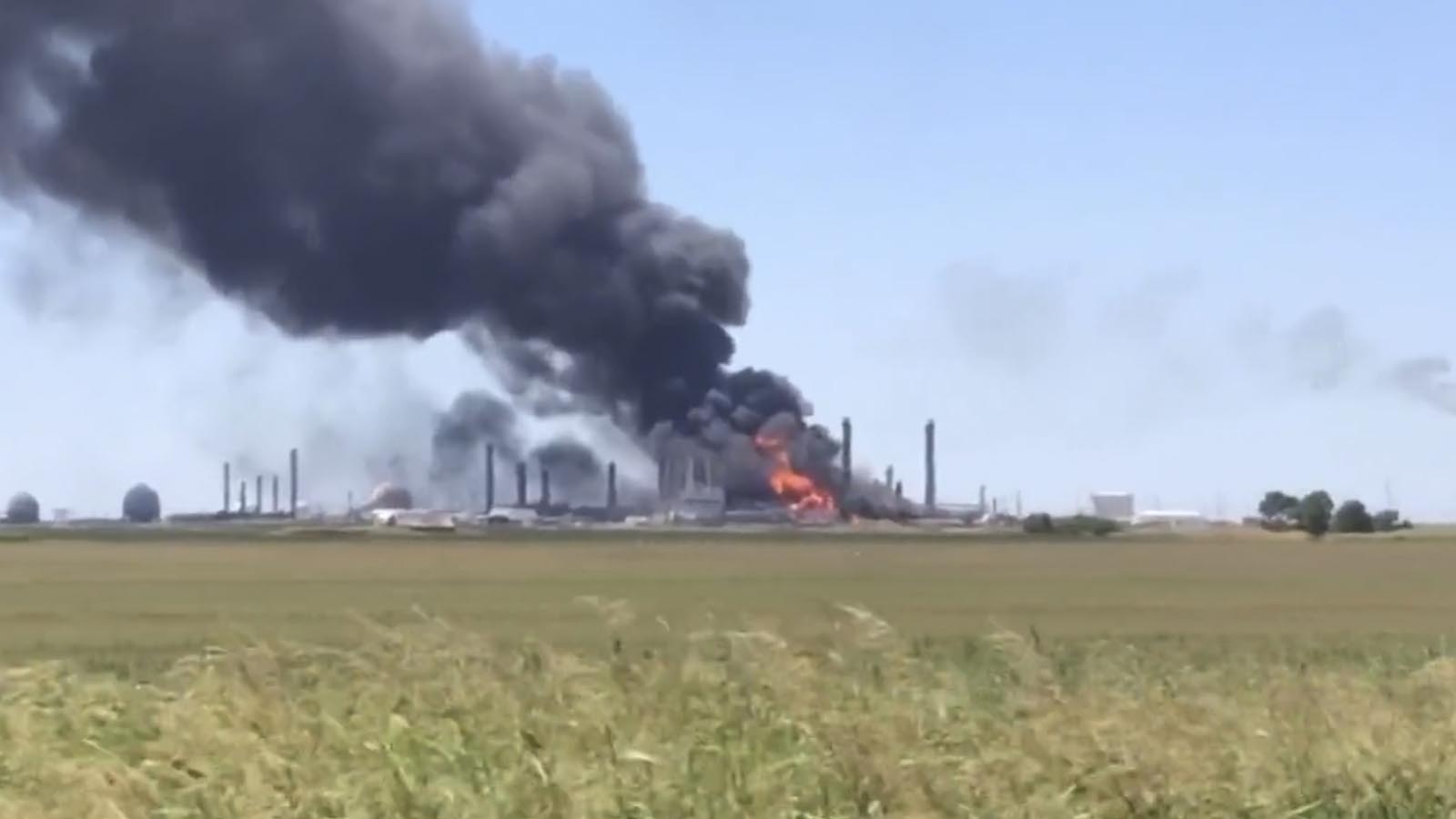 A fire broke out Saturday at a gas plant in Medford, Oklahoma, prompting the closures of nearby roads and evacuations of residents in neighboring areas.

Before the fire broke out, there were reports of an unconfirmed explosion at the natural gas fractionation facility.

Fractionation is a process in gas processing plants where hydrocarbon mixtures in natural gas are separated to produce products such as ethane, propane, butane, pentanes and natural gasoline.

However, whether such an explosion caused the fire remains uncertain, NBC News reported.

The plant was operated by natural gas liquids corporation ONEOK.

Michael and Brittany Stone captured this video of an explosion in Medford, Oklahoma, near the Kansas border. This gas plant fire caused evacuations and road closures #KWCH12 pic.twitter.com/V8Cy8FbYfM

Following the outbreak of the blaze, Medford City authorities urged residents living within a 2-mile radius of the plant to leave immediately.

The Grant County Sheriff’s Office issued a warning for motorists, instructing them to avoid traveling into or through Medford along U.S. Highway 81.

The sheriff’s office also announced Saturday that ONEOK had organized accommodation for displaced residents in multiple hotels in Enid, which is around 33.7 miles away from Medford. According to the sheriff’s office, the hotels included Hampton Inn, Holiday Inn Express & Suites, Springhill Suites, LaQuinta and Baymont.

“Our focus continues working with emergency responders to extinguish the fire and the safety of the surrounding community and our employees,” ONEOK said in a statement shared with CBS News.

ONEOK was “unaware of any injuries,” the corporation said in the statement, according to the outlet.

Authorities are still investigating the cause of the explosion, KWCH-DT reported.

News of the ONEOK fire comes as the nation faces high gas prices, although the prices have been coming down in the past few weeks, according to AAA data.

A series of fires hit U.S. food processing facilities earlier this year, raising concerns that the attacks could be arson intended to hurt U.S. food supply amid global food insecurity due to Russia’s invasion of Ukraine.

Fact-checkers, however, have dismissed such concerns as conspiracy theories.