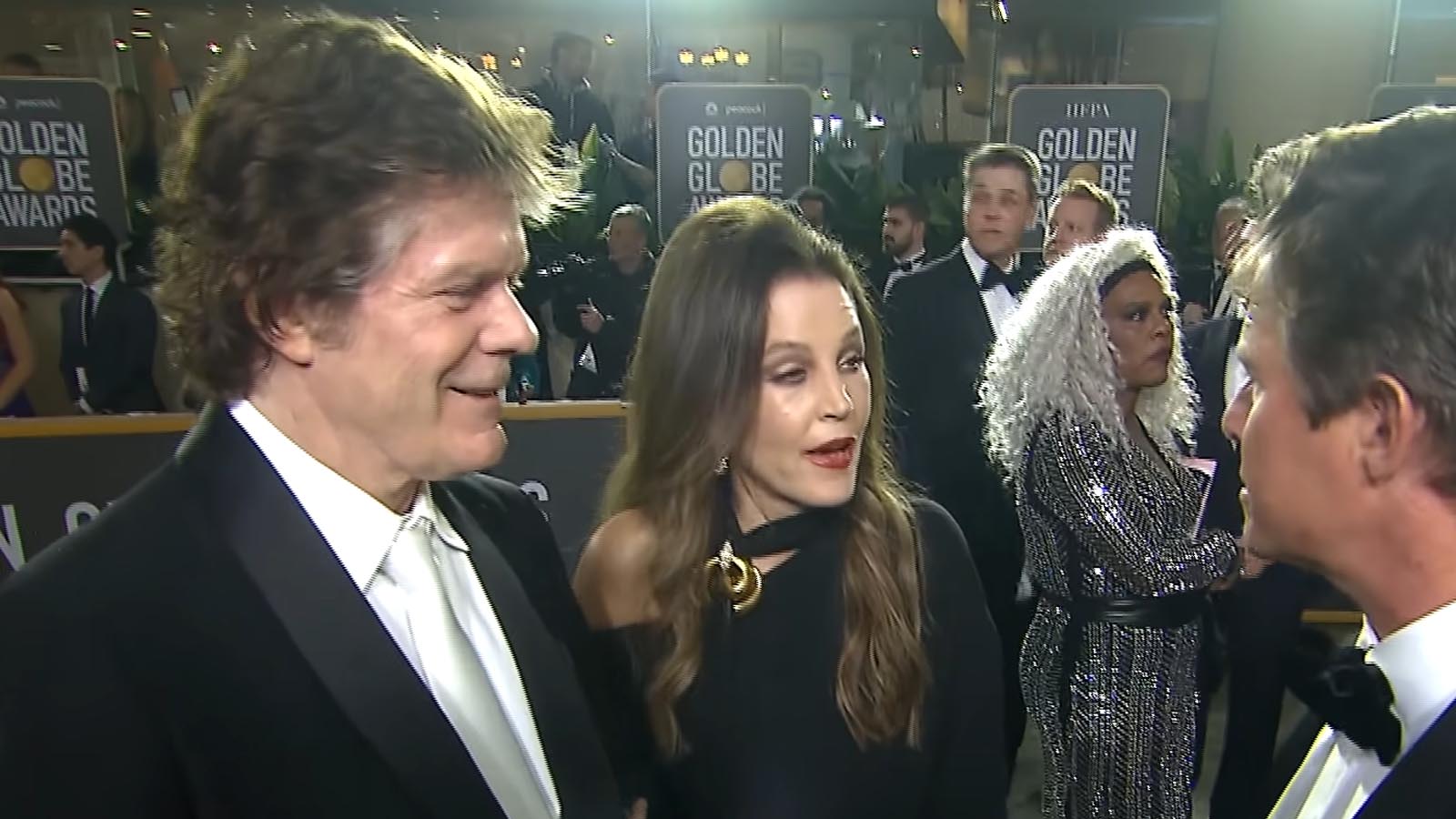 Lisa Marie Presley, daughter of Elvis and Priscilla Presley, appeared unsteady on her feet at the Golden Globes in Los Angeles Tuesday night, just two days before she died at the age of 54.

She and Priscilla were at the awards show in support of the movie “Elvis,” starring Austin Butler in the lead role and Tom Hanks as Elvis’ manager Col. Tom Parker.

During an interview on the red carpet at the Globes with “Extra” host Billy Bush, Presley linked arms with 80-year-old talent manager Jerry Schilling for support, the New York Post reported.

“I’m gonna grab your arm,” Presley told Schilling as she began the interchange with Bush.

She told the interviewer that she was “mind-blown” by Butler’s performance as her father.

“It was so spot-on and authentic,” Presley said, not a caricature as others have done, she added.

Butler won the Golden Globe for best actor in a drama for his portrayal.

Lisa Marie Presley's death came just two days after she attended the Golden Globes, where she celebrated Austin Butler winning best actor for his portrayal of her father in Elvis.

His acceptance speech brought Presley and Priscilla to tears.

Presley was spotted with the actor at the awards show, again looking unsteady on her feet as she came down some steps.

Lisa Marie at the golden globes.

She doesn’t look well at all.

Presley was hospitalized Thursday after going into cardiac arrest at her home in Calabasas, California, northwest of Los Angeles.

Presley also received CPR from both her ex-husband, Danny Keough, and paramedics, according to unnamed sources.

At the hospital, she was placed in an induced coma and died Thursday evening.

“Priscilla Presley and the Presley family are shocked and devastated by the tragic death of their beloved Lisa Marie,” a family statement said.

“They are profoundly grateful for the support, love, and prayers of everyone, and ask for privacy during this very difficult time.”

“Priscilla Presley and the Presley family are shocked and devastated by the tragic death of their beloved Lisa Marie. They are profoundly grateful for the support, love and prayers of everyone, and ask for privacy during this very difficult time.”https://t.co/qMpjUuP1gD

On Sunday, Lisa Marie Presley was on hand at Elvis’ Graceland home in Memphis, Tennessee, to mark what would have been her father’s 88th birthday.

“It’s been a while. I’ve missed you. I love you,” she told the many gathered fans.

After a fan screamed, “We love you, Lisa,” Presley replied, “And I love you.”

“I keep saying you are the only people who can bring me out of my house. I’m not kidding. And I love you back and that’s why I’m here.

“So, today, he would have been 88 years old, it’s hard to believe. I think that he would be proud, I think this year’s been an incredible year. I think the movie was incredible and I’m very proud of it, I hope you guys are, too,” Presley said.

Elvis died of cardiac arrest in 1977 at the age of 42. Various prescription drugs were found in his system.

Lisa Marie was nine years old at the time.

Variety reported that she will be buried with her father and her son Ben Keough at Graceland.