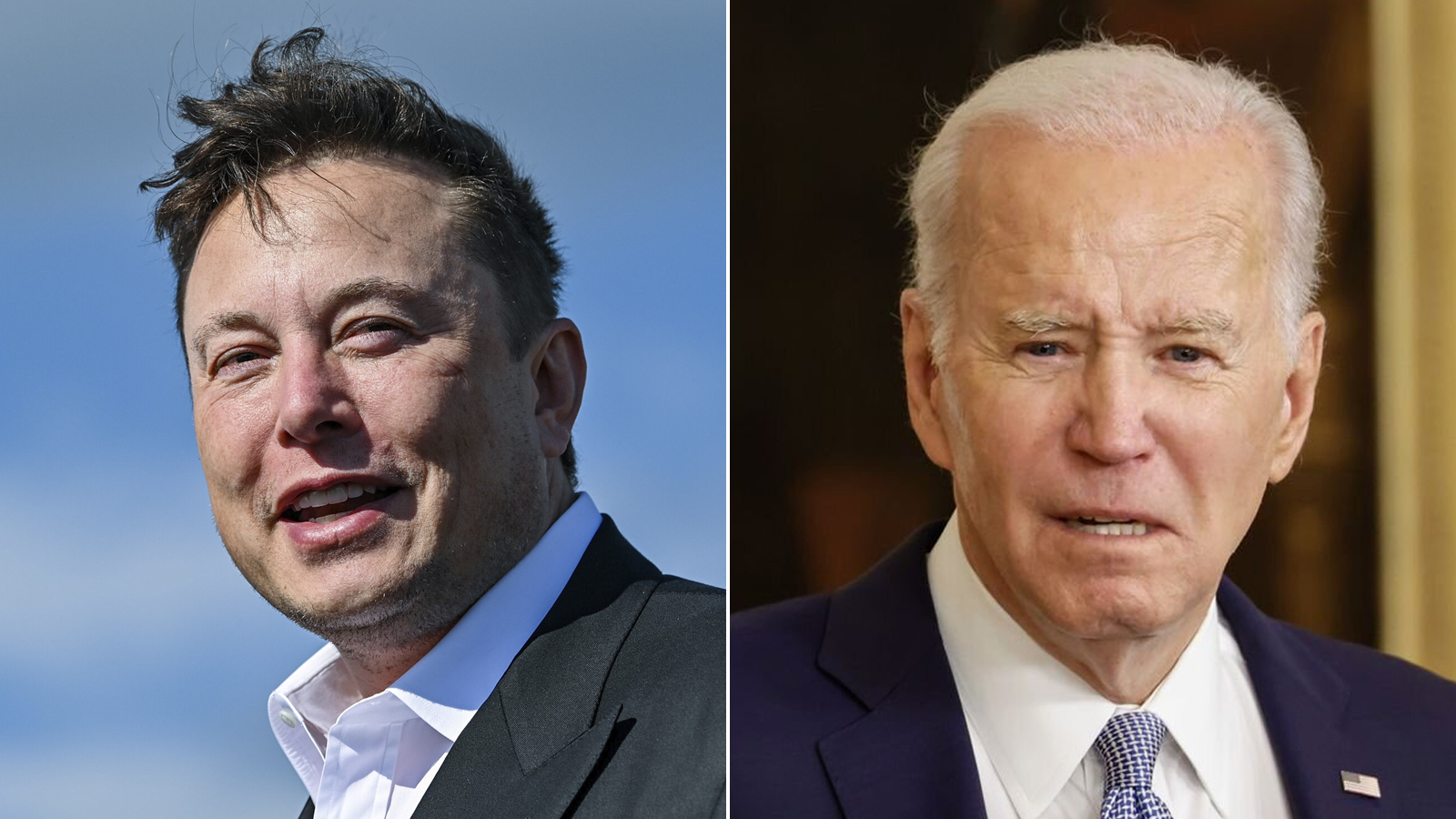 The comment from Musk came after even more classified documents were discovered at President Joe Biden’s Delaware home.

According to a statement from Joe Biden’s private attorney, Bob Bauer, six additional classified documents were discovered during a thirteen-hour search of Biden’s Wilmington, Delaware home on Friday by the Department of Justice.

“BREAKING: President Biden’s personal attorney says DOJ searched Biden’s Wilmington home on Friday and discovered 6 more classified documents, which they took possession of. Some of the documents were from Biden’s time in the Senate, others from his time as VP,” reported Fox News’ Bill Melugin on Twitter.

Musk replied to Melugin’s tweet, saying that Biden’s attorney’s should just tell us where Biden does *not* have classified documents to save everyone’s time.

More classified documents were found in Biden’s home on Saturday which led to a statement from Biden’s attorney.

“DOJ requested that the search not be made public in advance, in accordance with its standard procedures, and we agreed to cooperate,” his attorney Bob Bauer said.

“DOJ had full access to the President’s home, including personally handwritten notes, files, papers, binders, memorabilia, to-do lists, schedules, and reminders going back decades,” Bauer added. “DOJ took possession of materials it deemed within the scope of its inquiry, including six items consisting of documents with classification markings and surrounding materials, some of which were from the President’s service in the Senate and some of which were from his tenure as Vice President. DOJ also took for further review personally handwritten notes from the vice-presidential years.” 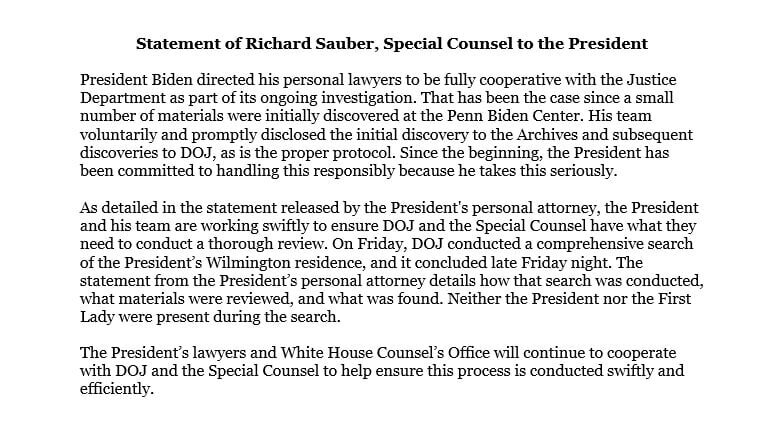 Some Twitter users were skeptical of the time that the news broke.

A prescient reporter, @dsupervilleap, asked if Biden’s travel to Rehoboth, not Wilm, this wknd was related to the doc invest.

“As it relates to his travel, as you know, he often travels to Delaware on the weekends.  I just don't have anything else to share,” @PressSec said.