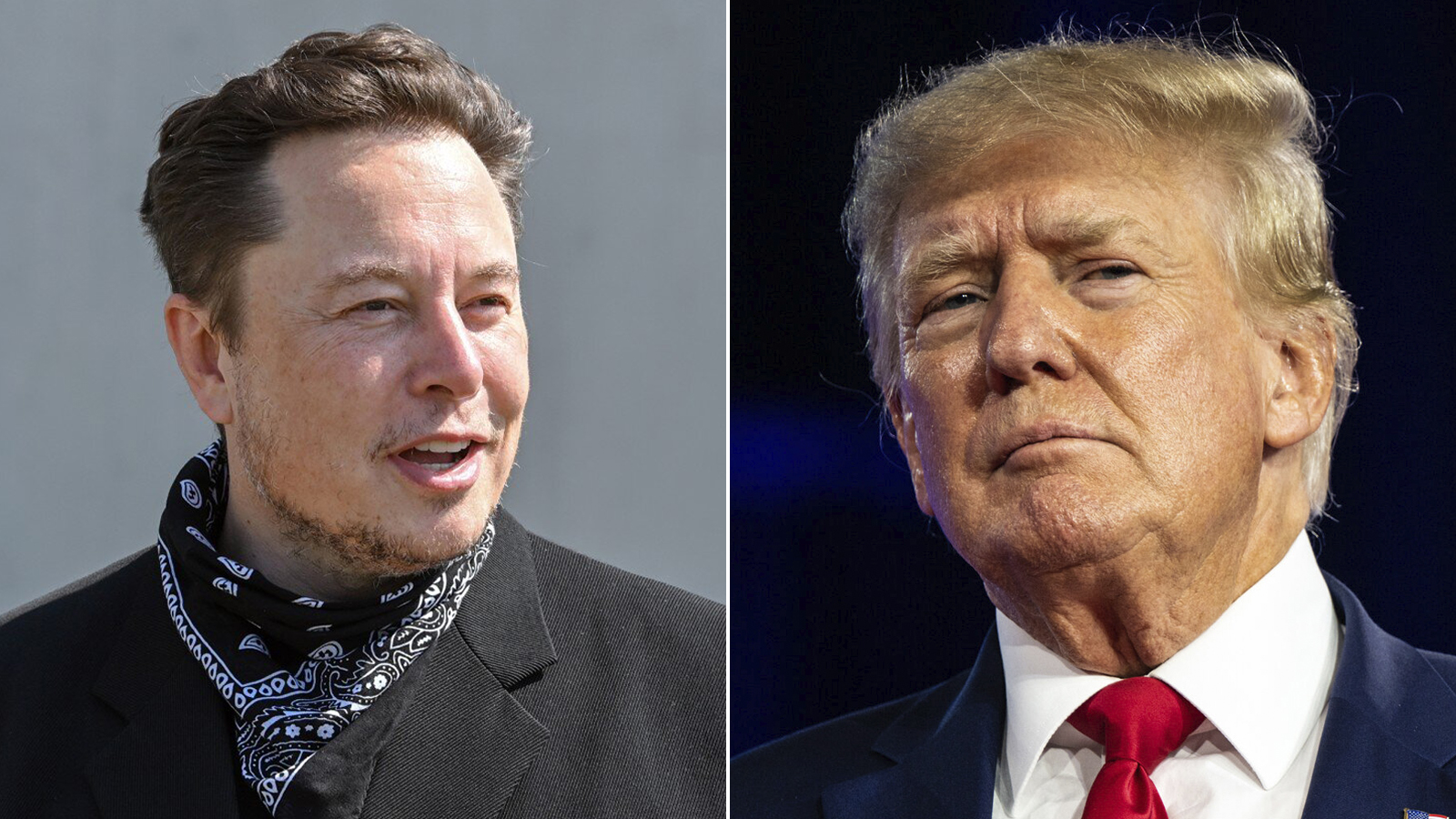 His next move will be to restore users who have been handed lifetime bans from the platform – including former US president Donald Trump.

The platform’s co-founder Biz Stone quickly took to Twitter to thank them for their ‘collective contribution to Twitter’, adding ‘Massive talents, all, and beautiful humans each!’

Sean Edgett, the company’s general counsel, and chief customer officer Sarah Personette were also pushed out – as the Tesla boss set out to make his mark in his new position.

Musk himself will take over as CEO, a source told Bloomberg – although it may only be an interim role.

Twitter’s engineers could no longer make changes to code as of noon yesterday in San Francisco, part of an effort to ensure that nothing about the product changed ahead of the deal closing,

In a securities filing on April 14, Musk said he did not have confidence in Twitter’s management and initially vowed to sack 75 percent of the workforce when he formally bought the tech giant.

Agrawal, who has repeatedly clashed with Musk over the number of users Twitter has, will walk away from his job with $42 million, after being chief executive officer for just under a year.

His total compensation for 2021 was $30.4 million – largely in stock awards – after he was handed the top position following Jack Dorsey’s resignation last November.

Twitter’s former top lawyer Gadde, who earned $17 million in 2021, was reportedly in tears in April when Musk’s takeover first came to light. She has now been paid out $12.5 million for her troubles, Insider said.

Ex-CFO Segal – who was the man behind Mr Trump’s Twitter ban – also received the handsome sum of $25.4 million after being fired by Musk on Thursday evening.

And former CCO Personette was handed $11.2 million as part of Musk’s house clearance.

Despite Musk’s obvious delight with the astonishing deal which will go down in history, some experts have claimed that he has ‘overpaid’ for the platform.

Dan Ives, an analyst at Wedbush Securities, told the US Sun that the deal ‘will go down as one of the most overpaid tech acquisitions in the history of M&A deals on the Street in our opinion’.

Ives, who works for a LA-based investment firm, estimates the value of the company to be closer to $25billion rather than the $44billion.

‘With fair value that we would peg at roughly $25billion, Musk buying Twitter remains a major head-scratcher that ultimately he could not get out of once the Delaware Courts got involved,’ he said.

In the lead up to the South African’s buyout of the social media firm, the market positively reacted, with share prices visibly improving.

The stock has surged nearly 65 per cent from a four-month low hit in July.

However, after Musk’s purchase, the the New York Stock Exchange’s website showed that Twitter shares would be suspended from trading.

The South African publicly criticized Twitter’s existing leadership team – in particular, attacking their policies on content moderation and censorship. He has also sparred with them over data on how many accounts were bots or spam.