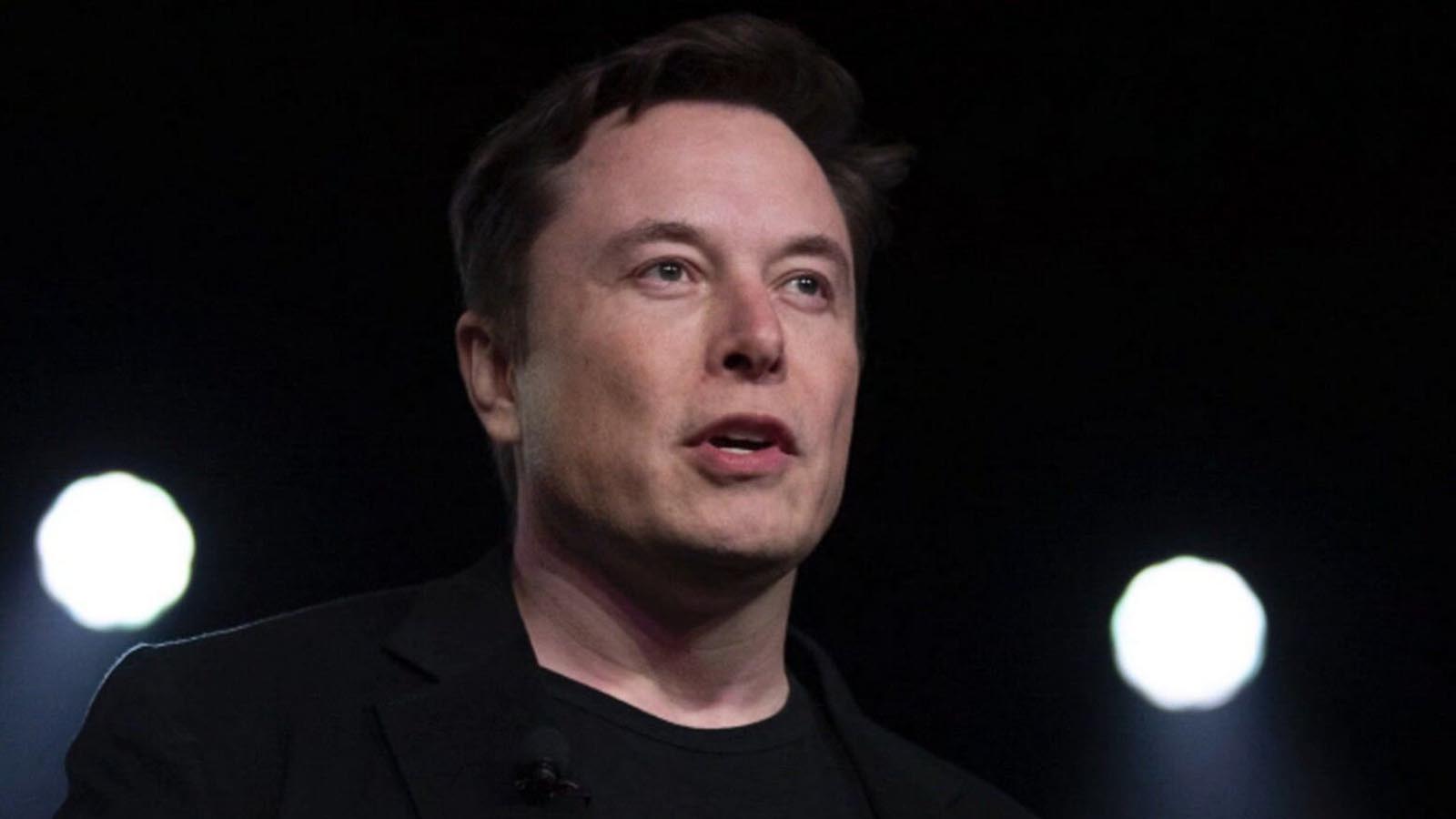 “The people have spoken,” Musk said of his popular vote-type method of determining whether Trump’s account would be reactivated for the first time since it was suspended by now-fired Twitter employees in the wake of the events of January 6, 2021.

“Trump will be reinstated,” Musk declared before adding the Latin phrase meaning “the voice of the people is the voice of God.” 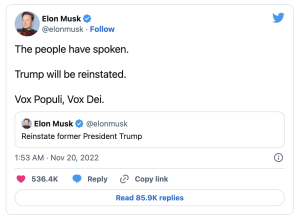 Musk’s decision comes less because of his own sentiment on the issue and more as the result of a 24-hour Twitter poll he started on Friday, taking the pulse of Twitter users to ask whether or not the platform should reinstate the 45th president’s account.

By a margin of 51.8 percent to 48.2 percent after more than 15 million Twitter users registered their opinion, the “yes” team won, and Musk obliged.

Sure enough, shortly after Musk announced that Trump’s account would be reinstated, the profile for @realDonaldTrump changed from its previous “Account suspended” status to show all the 45th president’s posts.

The most recent tweet sent by Trump at time of publication was dated January 8, 2021, announcing that he would not be attending the inauguration of his successor:

To all of those who have asked, I will not be going to the Inauguration on January 20th.

For his part, former President Trump reiterated his intention to remain active primarily on his Truth Social platform. In a post earlier on Saturday, Trump shared the link to Musk’s poll on Twitter saying “Vote now with positivity, but don’t worry, we aren’t going anywhere,” apparently speaking of his activity on the platform he spearheaded. “Truth Social is special!” Trump added.

However, given Trump’s recent announcement that officially launched his third campaign for the presidency, it’s hard to imagine he or his campaign would not at least make some use of the @realDonaldTrump Twitter account to share updates or promote his Truth Social platform over the coming months leading up to the 2024 presidential election.

Musk’s announcement comes after his “Freedom Friday” declaration that Twitter accounts for The Babylon Bee, Jordan Peterson, and Kathy Griffin would be reinstated, at which time he said a decision about the former president’s account had not yet been made.