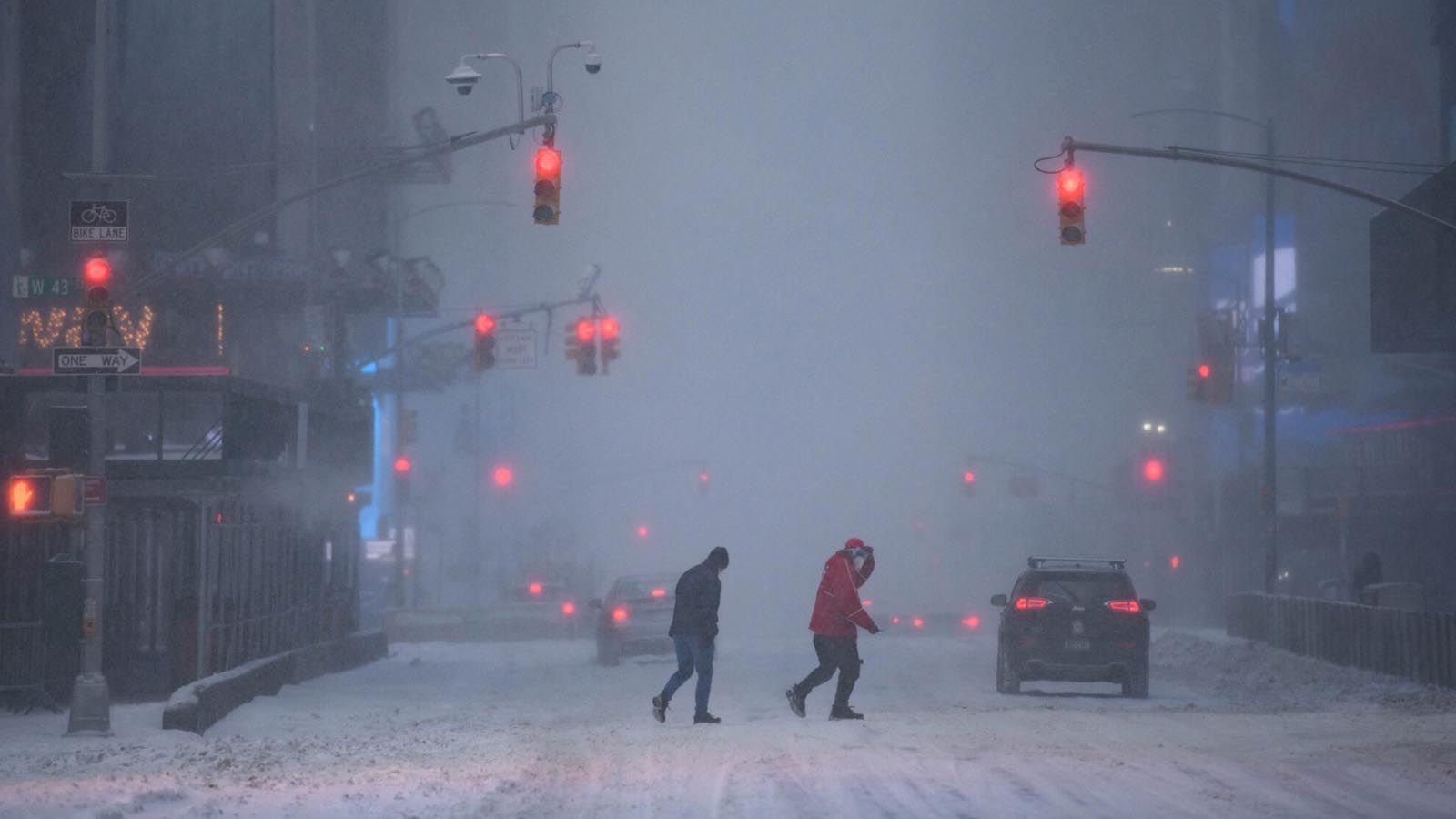 The powerful winter storm that battered a large swath of the eastern half of the US has left behind an Arctic chill Saturday morning. A regional power grid with 65 million customers in 13 states and the District of Columbia has declared a rare emergency, over a million people have no power, air travel remains disrupted, and reports of highway accidents are some of the most trending topics this morning.

Let’s begin with PJM Interconnection, a regional power grid that stretches from Illinois to New Jersey, which declared a Stage 2 emergency late Friday and asked customers to conserve electricity due to the rising risk of grid instability.

PJM’s request for customers to reduce power comes as the grid manager is trying to prevent a Stage 3 emergency, which would result in rolling blackouts across the 13 states and the District of Columbia.

“Demand soared more than 9 gigawatts above forecasts Friday evening — much faster and higher than anticipated. That’s the equivalent of about 9 million homes just popping up on the grid on a typical day,” Bloomberg said.

PJM spokeswoman Susan Buehler told Bloomberg that Stage 2 emergency would “certainly be enough” to avert blackouts across the regional grid because the Arctic blast is only temporary.

In the Carolinas, Duke Energy Carolinas and Duke Energy Progress, and several other utilities, have asked customers to conserve power due to energy shortfalls.

Duke wrote in a statement Saturday morning it has “implemented load shedding steps that include interruptions in service.” This means power is being curtailed for some customers to protect the grid from collapse.

With power grids in an emergency across the eastern half of the US, there are also a million customers without power — most outages are in North Carolina, Tennessee, and Maine.

Bloomberg said 200 million Americans — around 60% of the country — are under winter weather alerts this morning.

The Ambient Weather network of weather stations across the US shows much of the country is below freezing this morning.

And it wasn’t just air travel that experienced troubles. As millions of Americans hit the highways to see loved ones, there were numerous reports of massive pileup crashes. One of the most spoken about this morning is the 46-car pileup on the Ohio Turnpike.

Multiple emergency crews are responding too a very serious accident is occurring on I-75N. With Mass Casualty Incident declared reports of over 100+ vehicles are piled up pic.twitter.com/TgfCm852Si

The good news is the unbearable cold blast will begin to dissipate next week. Average temperatures across the Lower 48 will jump from 24 degrees Fahrenheit to over 50 degrees by January 1.

Hoping for a White Christmas?

There’s not one peep from climate alarmists about the cold blast after they spewed nonsense this past summer about the world imminently burning. ‘Trust the science,’ they say…

Plenty of record lows on this Christmas Eve pic.twitter.com/xaa4LJxDnu

Georgia is in the rolling blackout stage of cold. pic.twitter.com/2ozAzU6qBi

White House remains silent as Americans are plunged into power blackouts amid grid instabilities on Christmas Eve. Biden’s social media team continues to pump tweets about how everything is wonderful.

Utilities have issued rolling power blackouts across North Carolina and Tennessee this morning.

Extreme cold temperatures are pressuring power grids in the eastern half of the US. Rolling blackouts have affected many Americans, some of which have taken to Twitter to complain:

18 degrees this morning and the woke idiots at Duke Energy are running "rolling blackouts" to conserve electricity. Thank God for a fossil fueled generator and wood burning fireplace! pic.twitter.com/0pIhZV7lDT

I have been in this #RollingBlackout since 8:38 am it’s now 11:38 am and I still do NOT have power @DukeEnergy do better in these cases since y’all PLANNED this!! #DukeEnergy #ChristmasEve

Power was off at my house for 32 minutes, others have reported over 2 hours with the rolling blackouts.
It’s currently 21° with a wind chill of 9°.

Has your power been out and how long did it take before restoration? pic.twitter.com/MsCqoT4ttk

WTF 6 hours plus is not a rolling blackout! Pikeville NC out since 6:37am!!!

PJM Interconnection’s power generation mix this morning is primarily coal, natural gas, nuclear, and crude oil. So much for unreliable renewables helping out when the regional grid that supplies power to 65 million Americans in 13 states and the District of Columbia is in an emergency.

It’s time for Americans to realize renewables are unreliable — also, decommissioning fossil fuel power generation in the name of ‘climate change’ is idiotic at this point.