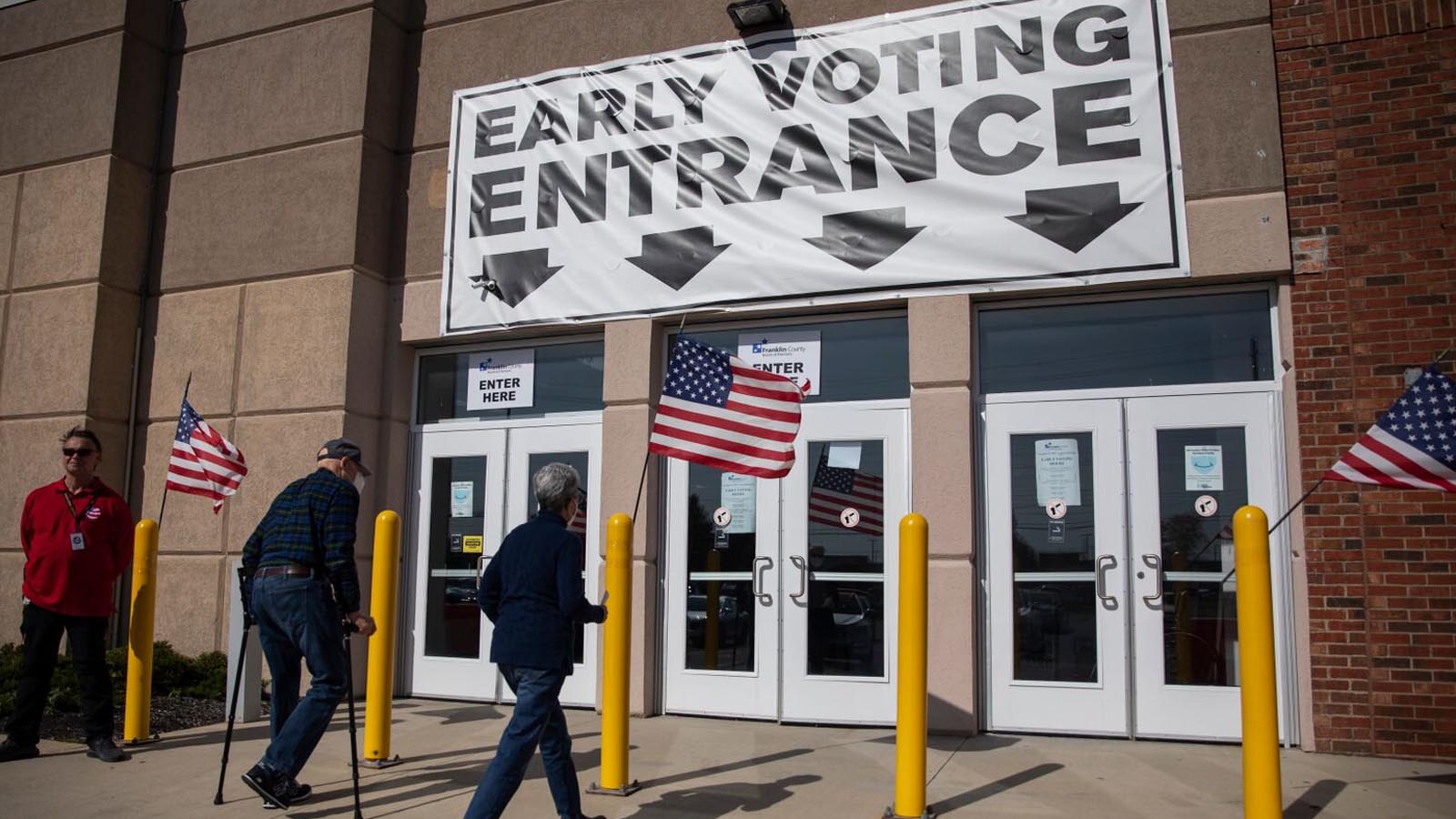 Nationwide early voting and vote-by-mail turnout trends for the 2022 midterm election reflect a pattern similar to that of the pandemic-skewered 2020 election.

As a result, it may take several days after polls close on Nov. 8 for results to be confirmed in several key battleground states, including Pennsylvania, Wisconsin, and Michigan.

In-person early voting periods and vote-by-mail have grown increasingly popular over the last two decades. They became mainstream during the 2020 election when more than 101 million Americans cast early in-person votes or vote-by-mail ballots.

The 2022 early vote and vote-by-mail turnout is expected to easily eclipse the record for midterm elections set in 2018, when more than 5 million voters cast early in-person ballots and 30.4 million voted by mail. The totals this year may come close to matching the number of ballots cast before Election Day in 2020.

According to the University of Florida’s United States Elections Project, as of Oct. 23, more than 7.46 million Americans have already cast their midterm ballots.

Of those 7.46 million ballots, nearly 1.65 million were cast in-person in the 27 states where early voting is under way. Early voting periods range from four to 45 days before Election Day.

By week’s end, another 18 states will open polls for in-person early voting, beginning with seven states on Oct. 24—including Florida, Texas, Colorado—and ending with New York and New Jersey on Oct. 29.

More than 5.8 million mail ballots of 41.52 million requested nationwide have been returned to local election offices as of Oct. 23, according to U.S. Elections Project. All 50 states offer voting by mail, or absentee ballot options. Nine states, including California, Colorado, Nevada, and New Jersey, send mail ballots to all registered voters.

Georgia, which opened its early voting period on Oct. 17, reported more than 740,600 early ballots cast as of Oct. 23. Early voting ends Nov. 5 in the state.

“We’re extremely pleased that so many Georgians are able to cast their votes, in record numbers and without any reports of substantial delays,” Georgia Secretary of State Brad Raffensperger said in a statement. “This is a testament to the hard work of Georgia’s election workers, the professionals who keep our elections convenient and secure.”

Georgia, which does not provide party affiliations with early voting and vote-by-mail turnout tallies, reported Oct,. 23 that more than 31 percent of requested mail-in ballots had been returned.

Of 17 states that provide party affiliations for more than 3.74 million vote-by-mail tallies to the U.S. Elections Project, 51.3 percent came from registered Democrats, and 30 percent were mailed in by registered Republicans.

During an Oct. 15 press conference, the Republican governor encouraged residents in Southwest Florida to vote by mail.

“What I would say is whatever you like is fine. We’ve got good returns on absentee, and I have confidence in early voting, in person (voting) and, of course, Election Day” voting, DeSantis said.

The only state that comes close to the 1.16 million who’ve returned vote-by-mail ballots in Florida is California, where all 21.87 million registered voters get ballots in the mail. As of Oct. 23, nearly 1.08 million Californians had returned mail ballots, according to the U.S. Elections Project.

Of those returned California VBM ballots, nearly half were mailed in by Democrats while 28 percent came from registered Republican voters.

Mail-in ballot requests and returns have significantly increased over 2018 numbers and are near the numbers recorded in 2020, report elections officials in Pennsylvania and Wisconsin, which are among the nine states that do not allow mail-in ballots to be counted until Election Day.

Mail ballots take longer to count and process because their envelopes must be opened, inspected, and prepared to be counted in ballot tabulators.

This raises the prospects of a repeat of 2020 in these key states when election results were not available for several days, laying the foundation for election fraud claims by the Trump campaign and other Republican officials.

Both Wisconsin and Michigan have already registered nearly twice as many mail ballots cast compared with the 2018 election.

In Pennsylvania, the project reports, nearly 39 percent of mail ballots had been returned as of Oct., 23. More than 73 percent of those are from registered Democrats, according to the Pennsylvania Secretary of State’s office.

“This delay (in reporting mail ballot tallies) does not mean anything nefarious is happening,” Pennsylvania’s acting Secretary of State Leigh Chapman said during an Oct. 18 press conference. “It simply means that the process is working as it’s designed to work in Pennsylvania and that election officials are doing their job to count every vote.”

Chapman, however, won’t guarantee results would be available in the hours after polls close Nov. 8, warning it could take several days to tally mailed ballots.

In Michigan, according to the U.S. Elections Project, as of Oct. 23, more than 642,870 mail ballots of over 1.75 million requested had been returned.

Michigan Secretary of State Jocelyn Benson has assured voters that after the 2020 experience, elections officials should be able to process mailed ballots more efficiently, but offered no guarantees when results would be available.