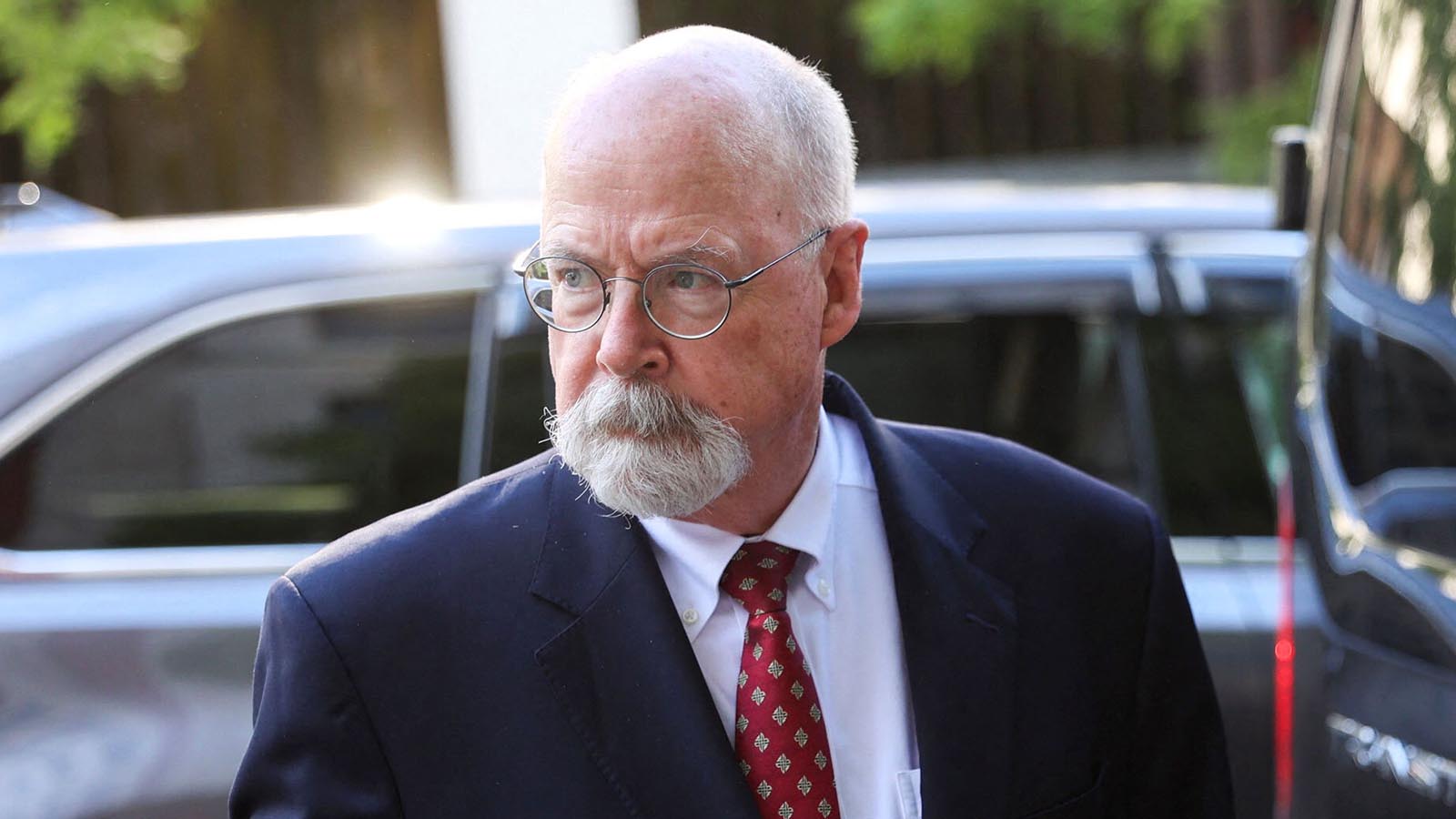 Our article on the first day of the Igor Danchenko trial cut off during the testimony of FBI Supervisory Intelligence Analyst Brian Auten and his discussion of the FBI’s interviews of Danchenko, which started in January 2017.

Q Just to get everybody back on track, the first day you had said that he had sent two emails, no response, and then got an anonymous call from somebody speaking with a Russian accent and it was male, correct?

A That is correct.

Q Do you recall, sir — with respect to what it is that Mr. Danchenko said, did he say what kind of telephone facility he received the call on, that is, a hard line? A cell phone? Do you recall?

A My recollection is he said a call.

What did Millian purportedly tell Danchenko during that call? According to Auten:

He had talked about a relationship between – with the Trump campaign and Russia and issues involving, I think, kind of whether or not there was any relationship and a kind of — I don’t think he used the term “well-developed conspiracy” in that, but it was along those lines.

Auten was then asked about the documents that Danchenko provided to the FBI. Auten testified that he was provided a single e-mail chain. In fact, there were other e-mails that “Mr. Danchenko had sent to Mr. Millian” that Auten hadn’t seen up until his preparation for trial. (The importance being Danchenko’s concealment from the FBI.)

Moving on, Durham asked Auten about a LinkedIn message sent from Danchenko to Millian. This e-message proposed a call or a meeting in Washington or New York: 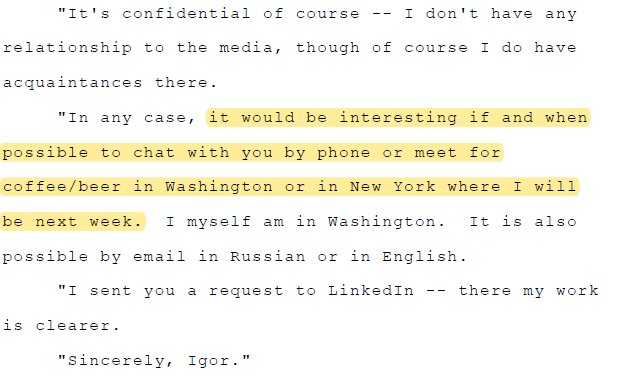 Danchenko’s request for a “call” is particularly important since it was made after he supposedly received that 10 to 15 minute call from someone he thought was Millian. This supports the prosecution’s theory of the case: the call from Millian to Danchenko never happened. Danchenko invented the call so that he could provide cover for his real source (Democrat Charles Dolan).

Durham then introduced an e-mail from Millian to an acquaintance, sent five days after Danchenko reached out. Here it is in full:

Durham then used that e-mail to focus on the FBI’s lack of effort to corroborate Danchenko’s claim about Millian. FBI Analyst Auten admitted he hadn’t seen that e-mail until recently, and that the FBI didn’t even check Millian’s travel records during that period of time.

Q Now, with regard to that email from Millian to Zloderev, you didn’t have occasion to see that prior to being shown this document recently?

Q With regard to Millian saying that on Friday he’s returning from Asia and the like, do you know whether you or other members of your group had ever retrieved Millian’s travel records to see if he was even in the United States on — in the latter part of July 2016?

A I don’t recall that.

Q Would it surprise you to learn that he wasn’t even in the United States?

Continuing with the theme of purposeful FBI incompetence, Durham asked Auten if the FBI had translated communications between Danchenko and an associate of Millian. These documents were provided to the FBI by Danchenko in January 2017. Auten responded “I’m not aware if it was translated.”