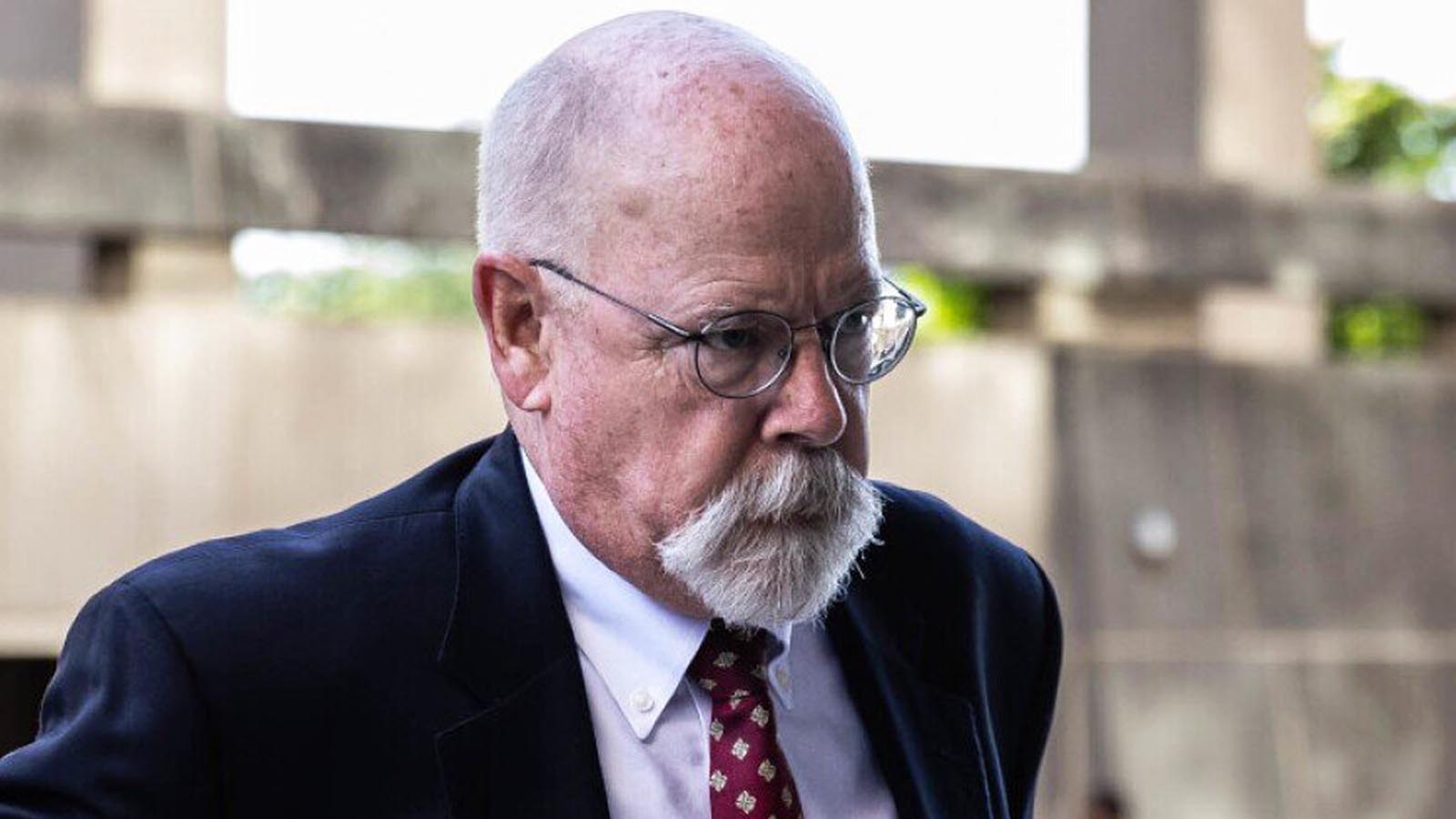 Danchenko was charged with five counts of making false statements to the FBI, which Durham says he made about the information he provided to Steele for the dossier. His trial is scheduled for October. The DOJ’s watchdog said FBI interviews with Danchenko “raised significant questions about the reliability of the Steele election reporting” and concluded Danchenko “contradicted the allegations of a ‘well-developed conspiracy’ in” Steele’s dossier. He has pleaded not guilty.

Durham’s brief court filing on Wednesday requested the U.S. District Court for the Eastern District of Virginia to issue “thirty subpoenas” for an “appearance before said Court at Alexandria, Virginia,” starting on Oct. 11 “to testify on behalf of the United States.” The potential witnesses are not named, but a copy of the blank subpoena reads that “YOU ARE COMMANDED to appear.”

U.S. District Judge Anthony Trenga, who is handling the case, was nominated by President George W. Bush in 2008, and he has also been on the Foreign Intelligence Surveillance Court since 2020.

Danchenko, a Russian-born lawyer and researcher who has lived and worked in the Washington, D.C., area for many years, was indicted in November on a charge of lying to the bureau. The trial against him is Durham’s next big test.

Democratic cybersecurity lawyer Michael Sussmann had been charged in September by Durham after reportedly concealing his two clients, Neustar chief technology officer Rodney Joffe and Hillary Clinton’s 2016 campaign, from FBI General Counsel James Baker when he pushed debunked allegations of a secret line of communication between the Trump Organization and Russia’s Alfa-Bank during a September 2016 meeting. But a jury found him not guilty in late May.

Danchenko allegedly relied upon a network of Russian contacts but undermined key collusion claims when interviewed by the FBI. According to Durham’s false statements charges, he anonymously sourced a fabricated claim about Trump campaign manager Paul Manafort to longtime Hillary Clinton ally Chuck Dolan, who spent many years doing work for Russian businesses and the Russian government, including in 2016.

Steele is best known for his discredited anti-Trump dossier, which Justice Department Inspector General Michael Horowitz concluded in December 2019 played a “central and essential” role in the FBI’s effort to obtain wiretap orders against former Trump campaign associate Carter Page. The dossier was created after Steele was hired by Fusion GPS, which was itself hired by Perkins Coie and Marc Elias, the general counsel for Clinton’s campaign. Sussmann worked for Perkins at the time too, and both he and Elias met with Steele in 2016.

Steele was working for Vladimir Putin-linked oligarch Oleg Deripaska before, during, and after his time targeting Trump.

Durham has obtained one guilty plea from former FBI lawyer Kevin Clinesmith, who admitted he falsified a document during the bureau’s efforts to renew surveillance authority under the Foreign Intelligence Surveillance Act against Page.