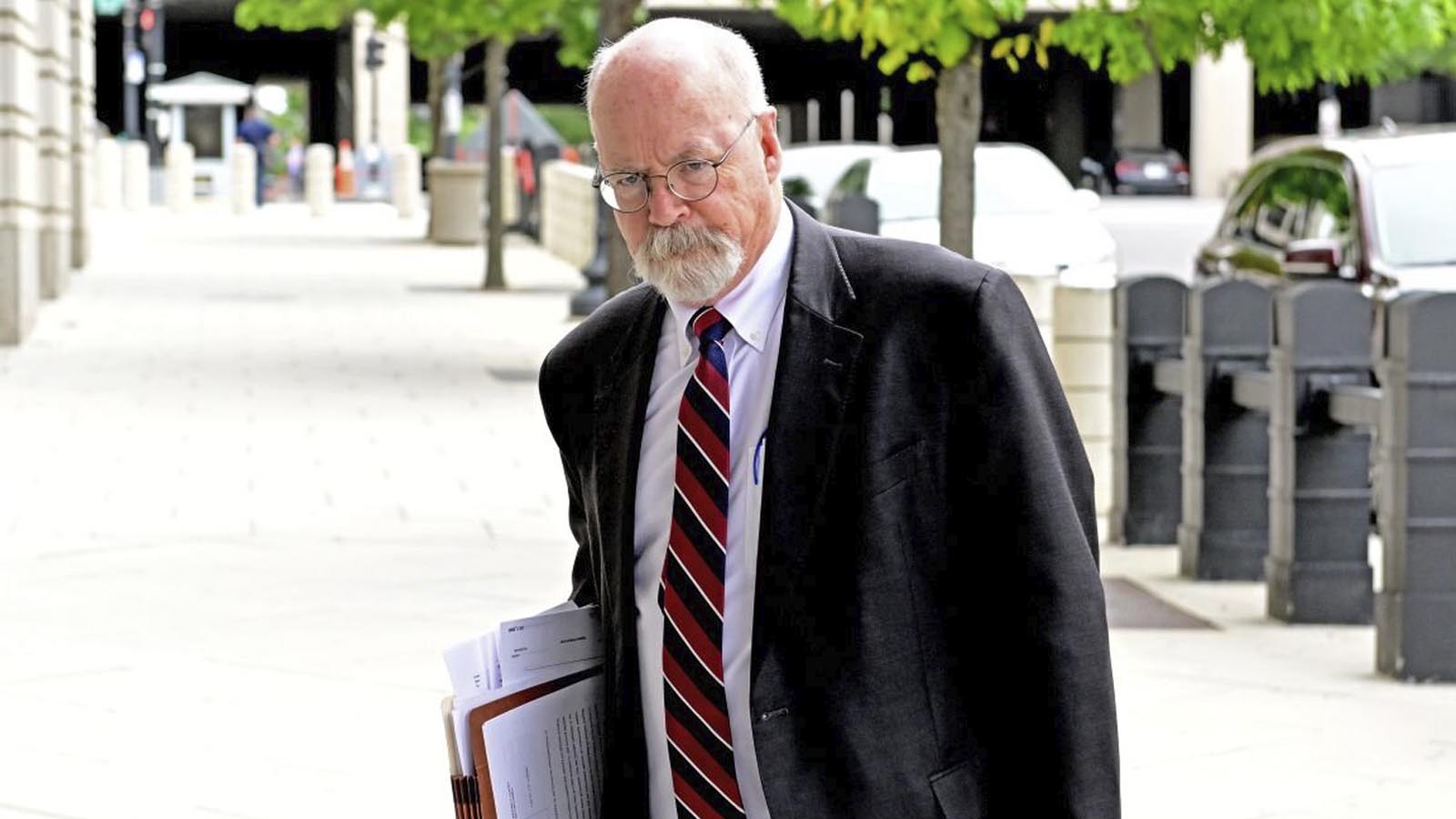 Two major investigations have revealed the FBI repeatedly cut procedural corners and ignored warning signs while coming up empty in its years-long pursuit of Donald Trump — a pattern that reminds some former agents of the bureau’s epic failure in the case of FBI mole Robert Hanssen, the longtime counterintelligence agent who eluded justice for more than two decades while selling some of the nation’s most sensitive secrets to its chief global adversary.

Hanssen, who sold classified information to Russia at various times from 1979 until his arrest in 2001 in what the Justice Department described as “possibly the worst intelligence disaster in U.S. history,” is serving life in prison after pleading guilty to 15 espionage-related charges.

A married father of six, Hanssen regularly attended mass, was actively involved in Opus Dei, a Catholic lay organization, and had no problems with alcohol, drugs, or gambling. He had a difficult upbringing and “enjoyed spy-related entertainment” growing up, according to a Justice Department Office of Inspector General report.

On the job, Hanssen “had poor interpersonal skills and a dour demeanor,” according to the report, “and was an awkward and uncommunicative loner who conveyed a sense of intellectual superiority that alienated many of his co-workers.” He frequented strip clubs, including one where he befriended a stripper to whom he would give gifts as he encouraged her to attend his family’s church.

As Hanssen continued to advance in the FBI, the DOJ watchdog explained, the bureau missed various security violations and warning signs, including a report of his suspicious behavior by his own brother-in-law, also an FBI agent. The IG noted that the bureau didn’t have a “policy or procedure mandating” that the brother-in-law’s supervisor “pass the information on for analysis and possible investigation.”

For a time, after the FBI became aware of a mole and started investigating, the bureau thought a CIA officer was the spy, which Hanssen found out about. The DOJ inspector general concluded that “line personnel working on the espionage investigation of the CIA suspect” had been unwilling “to reconsider initial conclusions and judgments in the face of investigative failures, and senior managers’ failure to insist that they be revisited.”

The IG also found issues regarding “the FBI’s internal security efforts,” such as “the supervisors and colleagues who ignored Hanssen’s pattern of security violations and his obvious lack of suitability for handling sensitive information.”

Much as in the Hanssen case, the FBI routinely bypassed its own investigative controls and sped past red flags during its Crossfire Hurricane investigation of Trump-Russia collusion, investigations by Spcial Counsel John Durham and DOJ Inspector General Michael Horowitz have revealed.

During the recently concluded trial of Steele dossier source Igor Danchenko, Durham grilled Danchenko’s former handler, FBI Special Agent Kevin Helson​​​​​, the prosecution’s own witness. The agent acknowledged he had dismissed concerns raised by an analyst in the FBI’s Human Intelligence Validation Unit with 19 years of intelligence experience regarding Danchenko possibly being part of the Russian military intelligence service, GRU.

“This is a real problem,” Durham said, as he and Helson discussed whether or not Danchenko should have been relied on as a confidential human source. Helson insisted that Danchenko had been a significant help to the bureau as an informant.

There was also a previous FBI investigation, in 2008-2010, into whether Danchenko was a Russian spy. That case was closed after the bureau incorrectly concluded that he had left the U.S.

Helson testified that in a report on Danchenko’s suitability to act as a confidential human source, he had never corrected a statement that the bureau had no derogatory information on him, despite the fact that the FBI had previously investigated him.

According to the DOJ inspector general’s investigation into the Trump-Russia probe, both the FBI and CIA harbored suspicions that Steele’s sources had been infiltrated by Russian intelligence.

“Steele’s frequent contacts with Russian oligarchs in 2015 had raised concerns in the FBI Transnational Organized Crime Intelligence Unit,” revealed one footnote in the Horowitz report.

According to another footnote, the CIA flagged a “subset of Steele’s reporting” as “part of a Russian disinformation campaign to denigrate U.S. foreign relations.”

The CIA also told FBI investigators, the IG reported, that “an individual with reported connections to Trump and Russia” claimed Steele’s dossier was compromised by Russian intelligence “infiltrating a source into the network” used by Steele to assemble his allegations against Trump.

The Hanssen and Danchenko cases weren’t the only ones in which the bureau had its “blinders on,” former FBI senior intelligence officer Timothy Gill told Just the News on Friday, citing as an example the case of security guard Richard Jewell, falsely implicated in the bombing at the 1996 Summer Olympics in Atlanta.

“Sometimes the FBI does great stuff,” Gill said, but sometimes the bureau gets “these investigators that aren’t very seasoned and spend much of their time in headquarters, not out in the field, and so they run with something without looking at all the investigative alternatives.”

In the Crossfire Hurricane investigation, “green agents in headquarters” were “running with the [since-debunked Steele] dossier” regardless of its validity because they were “blinded by the fact” that they were “so anti-Trump.”

The FBI also failed to follow its own policies laid out in its Domestic Investigations and Operations Guide (DIOG), Gill said, remarking that the bureau needs to “practic[e] what it preaches.”

Former FBI Assistant Director of Intelligence Kevin Brock told Just the News on Thursday that he couldn’t think of a case besides Crossfire Hurricane where there was “either negligent case administration or purposefully duplicitous” management on such a scale.

FBI investigations may be marred by “mistakes and oversights,” Brock acknowledged, “but not the kind of deliberate ignoring of and manipulating of facts in order to drive an outcome” that “is unique to Crossfire Hurricane.”

“The sheer volume that Durham has revealed as far as bad, if not nefarious,” actions by the Crossfire Hurricane team “is unprecedented, as far as I can remember,” he added.