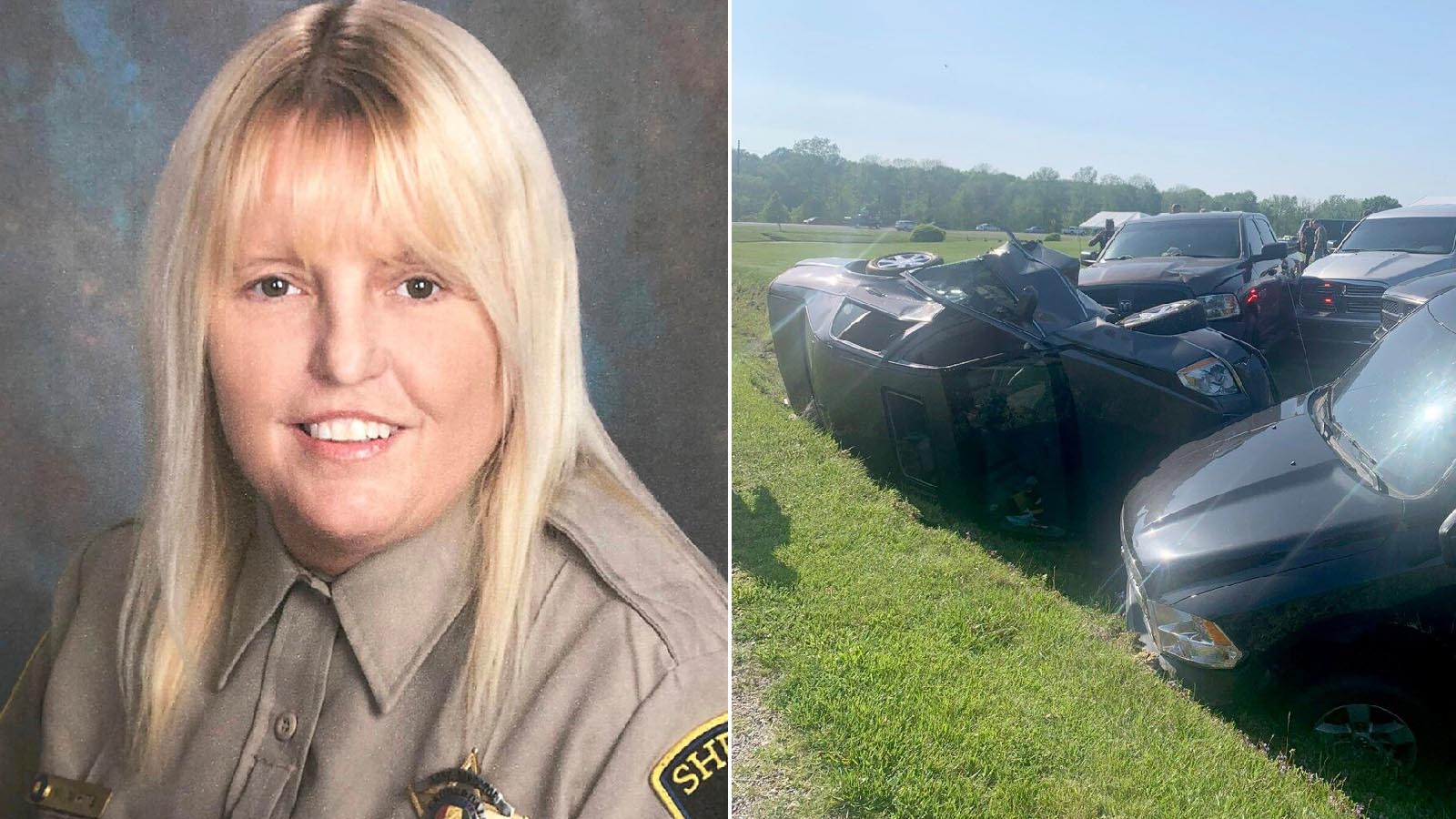 An Alabama murder suspect was captured and the jail boss who helped him escape fatally shot herself on Monday after a 10-day manhunt that ended with a car chase in Indiana, officials said.

Prison honcho Vicky White suffered from a self-inflicted gunshot wound and inmate Casey Cole White was in custody after the pair was tracked down to a hotel on a citizen tip law enforcement received late Sunday night, authorities told reporters Monday evening.

Evansville Sheriff Dave Wedding said the suspects fled in a black Cadillac when they were discovered, resulting in a chase.

During the high-speed pursuit, US Marshal Services collided with the truck, causing the vehicle to crash.

“When this occurred, the female driver of the vehicle shot herself and the passenger was injured,” Wedding said at the press conference.

“Her injuries are very serious.

“It’s hard to believe they’ve been here that many days but we’re glad we stumbled on them today.”

Vicky was unable to survive her injuries. She was transported to a hospital where she later died.

Wedding said that Vicky was driving the vehicle.

The couple’s dramatic capture took place after US Marshals released photos of a dark-colored 2006 Ford F-150 that was found abandoned in Evansville, Indiana, WVTM 13 reported.

The snaps, taken at a car wash Tuesday, showed a man in a baseball cap and sunglasses believed to be Casey.

Also on Monday, Vicky was hit with upgraded charges of second-degree forgery and identity theft for allegedly using an alias to purchase the distinctive getaway car — an orange 2007 Ford Edge.

That car was later found dumped on a rural road in College Grove, Tenn. just hours after their alleged escape on April 29. Lauderdale County Sheriff Singleton said the car likely was abandoned because of mechanical issues.

Chad Hunt, commander with the US Marshals Service’s Gulf Coast Regional Fugitive Task Force, told WAAY that the discovery of the duo’s getaway car in Williamson County, Tennessee, had given authorities a more specific area to focus on in trying to hunt them down.

“Even though we are seven days after the fact of the vehicle being dumped, we have that foundation, we have that springboard starting point,” Hunt told WAAY.

He said that before the Ford Edge was located, they were forced to search in every direction.

“Now we have that direction and so all of our resources are there until we have another direction to pursue,” he told the outlet.

“When he’s on medication and in a supervised environment … he’s a decent person,” Bryant told the station. “When he gets out of incarceration, he is unable to stay on his medication and he even self-medicates by smoking methamphetamine or taking other illegal substances.”

Casey fled the Lauderdale County jail on April 29 with Vicky, 56, the former assistant director of corrections.

Singleton has called the pair’s relationship a “jailhouse romance.”

Vicky had told co-workers she was taking Casey to a mental health evaluation at the courthouse, but there was never an appointment scheduled.

Instead, she ditched the police cruiser she was driving and is believed to have fled with Casey in the Ford Edge sometime early that day. She had recently submitted her retirement papers and sold her home in Lexington.