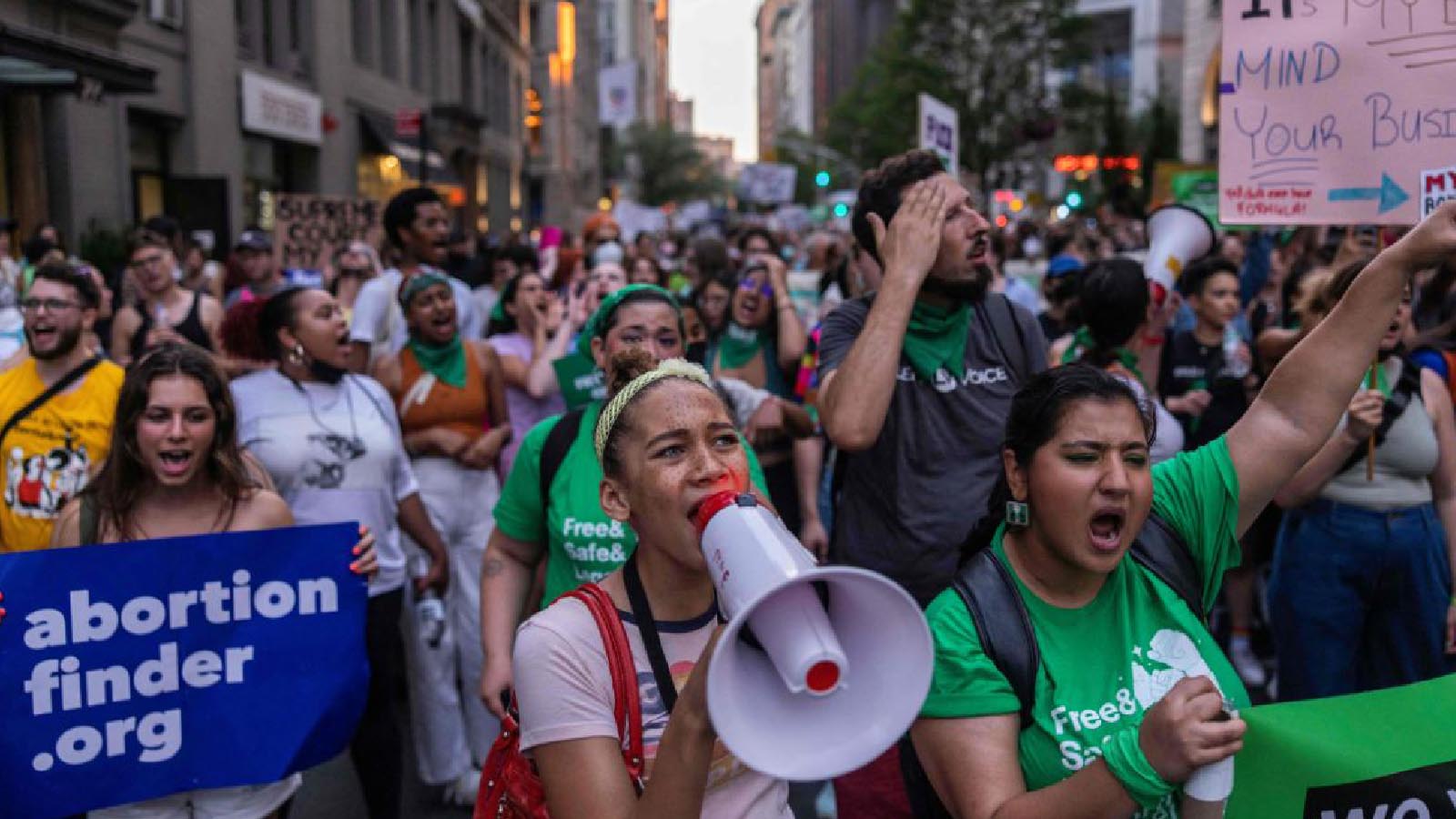 Some demonstrators carried out acts of vandalism targeting Fox News headquarters and a Republican women’s club, according to the New York Post.

The protests began in the city on Friday evening, Gothamist reported.

A crowd in Manhattan’s Union Square Park split, with one group joining a protest in Washington Square Park and the other continuing to the Brooklyn Bridge, where they disrupted traffic.

One police officer estimated that there were nearly 17,000 people at the Washington Square Park protest, according to the Post.

Demonstrators held signs saying things such as “Keep your laws off my body” and “No uterus, no opinion,” Fox News reported.

New York Attorney General Letitia James spoke at Washington Square Park, echoing rhetoric from House Speaker Nancy Pelosi, who called the Supreme Court “radical” for ruling that the Constitution does not guarantee a right to abortion.

In some parts of the city, the demonstrations took a violent turn.

While protesters walked past the News Corp building on 6th Avenue — home to Fox News and The New York Times — they expressed their anger by shouting, “Burn it down! F*** Tucker Carlson!” and screaming “F*** you!” at security guards, according to the Post.

Someone spray-painted “F*** you” on the side of the building, the outlet reported.

A demonstrator allegedly broke a window in the Women’s National Republican Club’s building on 51st Street. The protester also allegedly poured an unidentified liquid on the floor there.

Police began arresting some of the protesters at around 11 p.m. in Bryant Park, where demonstrators hindered traffic on 42nd Street and the Avenue of the Americas.

As police tried to disperse the crowd after issuing warnings, some of the protesters started undressing.

The Post reported that “at least two dozen” people were arrested.