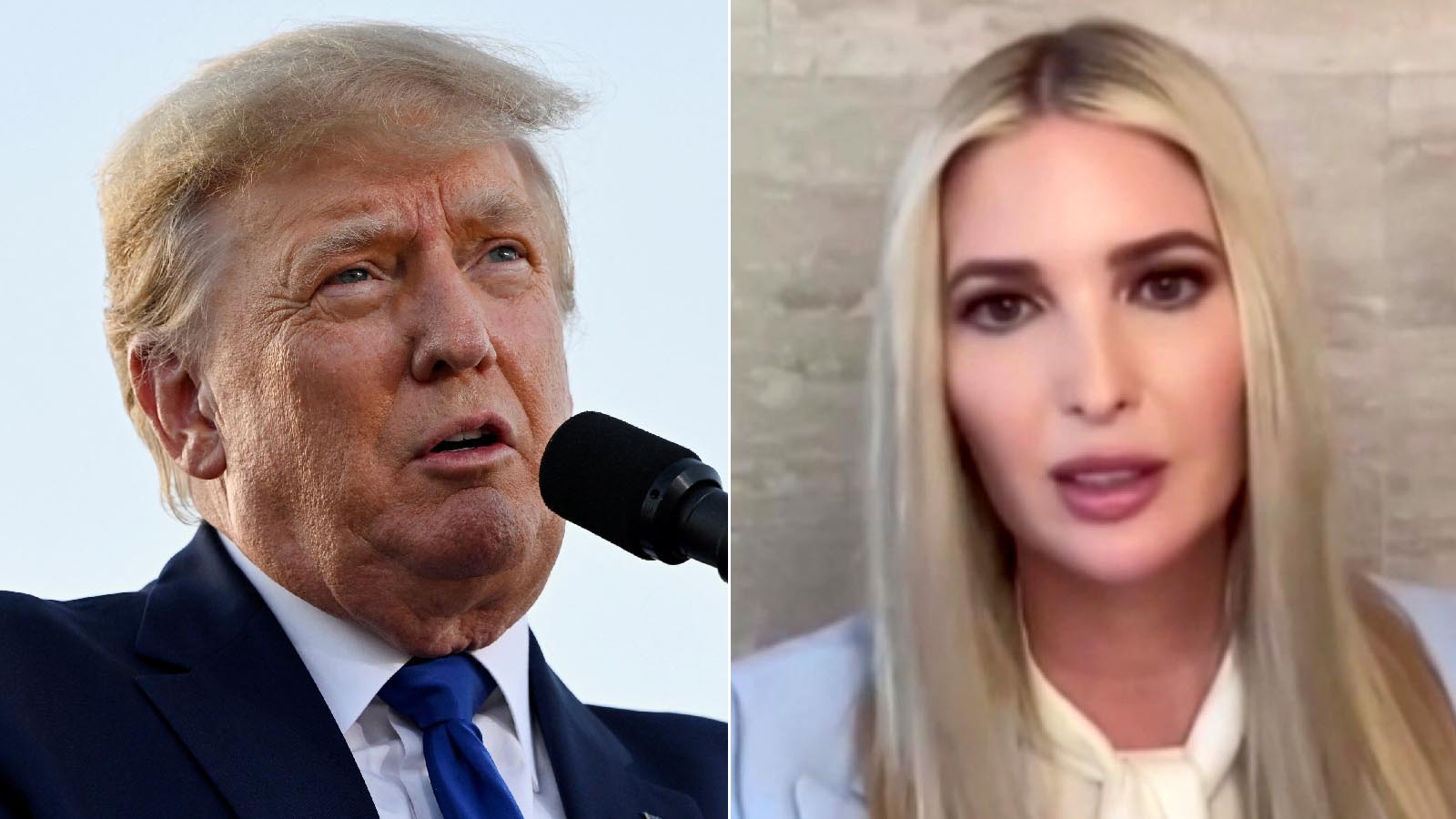 Donald Trump on Friday dismissed his own daughter’s testimony to the House Select Committee investigating Jan. 6, after a portion of her remarks were played during a primetime hearing by the panel.

“Ivanka Trump was not involved in looking at, or studying, Election results,” Trump posted on his social media platform Truth Social.

“She had long since checked out and was, in my opinion, only trying to be respectful to Bill Barr and his position as Attorney General (he sucked!).”

The post came just hours after committee member Rep. Liz Cheney (R-Wyo.) played a small section of her testimony to lawmakers and the general public watching the hearing.

“Many of President Trump’s White House staff also recognized that the evidence did not support the claims President Trump was making,” Cheney said. “This is the president’s daughter, commenting on Bill Barr’s statement that the [Justice] Department found no fraud sufficient to overturn the election.”

The clip proceeded to show interviewers asking Ivanka Trump how Barr’s statement affected her perspective about the election.

“It affected my perspective,” Ivanka Trump responded. “I respect Attorney General Barr, so I accept what he was saying.”

Many of President Trump’s White House staff, including his daughter Ivanka, also recognized that the evidence did not support the claims President Trump was making. pic.twitter.com/wpHOsVQktu

Trump’s social media post was one of many hits at Thursday evening’s primetime hearing.

“So the Unselect Committee of political HACKS refuses to play any of the many positive witnesses and statements, refuses to talk of the Election Fraud and Irregularities that took place on a massive scale, and decided to use a documentary maker from Fake News ABC to spin only negative footage,” Trump posted. “Our Country is in such trouble!”

Specifically, he also slammed Barr, who in December 2020 said the Department of Justice had “not seen fraud on a scale that could have affected a different outcome in the election.”

In March of this year, the former attorney general revealed Trump was furious at the outcome, calling it “bulls–t” as well as calling Barr a “coward.”

“Bill Barr was a weak and frightened Attorney General who was always being ‘played’ and threatened by the Democrats and was scared stiff of being Impeached,” Trump wrote.

“How do you not get impeached? Do nothing, or say nothing, especially about the obviously RIGGED & STOLEN Election or, to put it another way, THE CRIME OF THE CENTURY! The Democrats hit pay dirt with Barr, he was stupid, ridiculously said there was no problem with the Election, & they left him alone. It worked for him, but not for our Country!”

“….Bill Barr was a coward who would not let his U.S. Attorney in Philadelphia, where Election Fraud was rampant, to even think about looking at it (see previously posted letter from U.S. Attorney Bill McSwain),” Trump added. “I believe that by their inaction, others were told this also!”