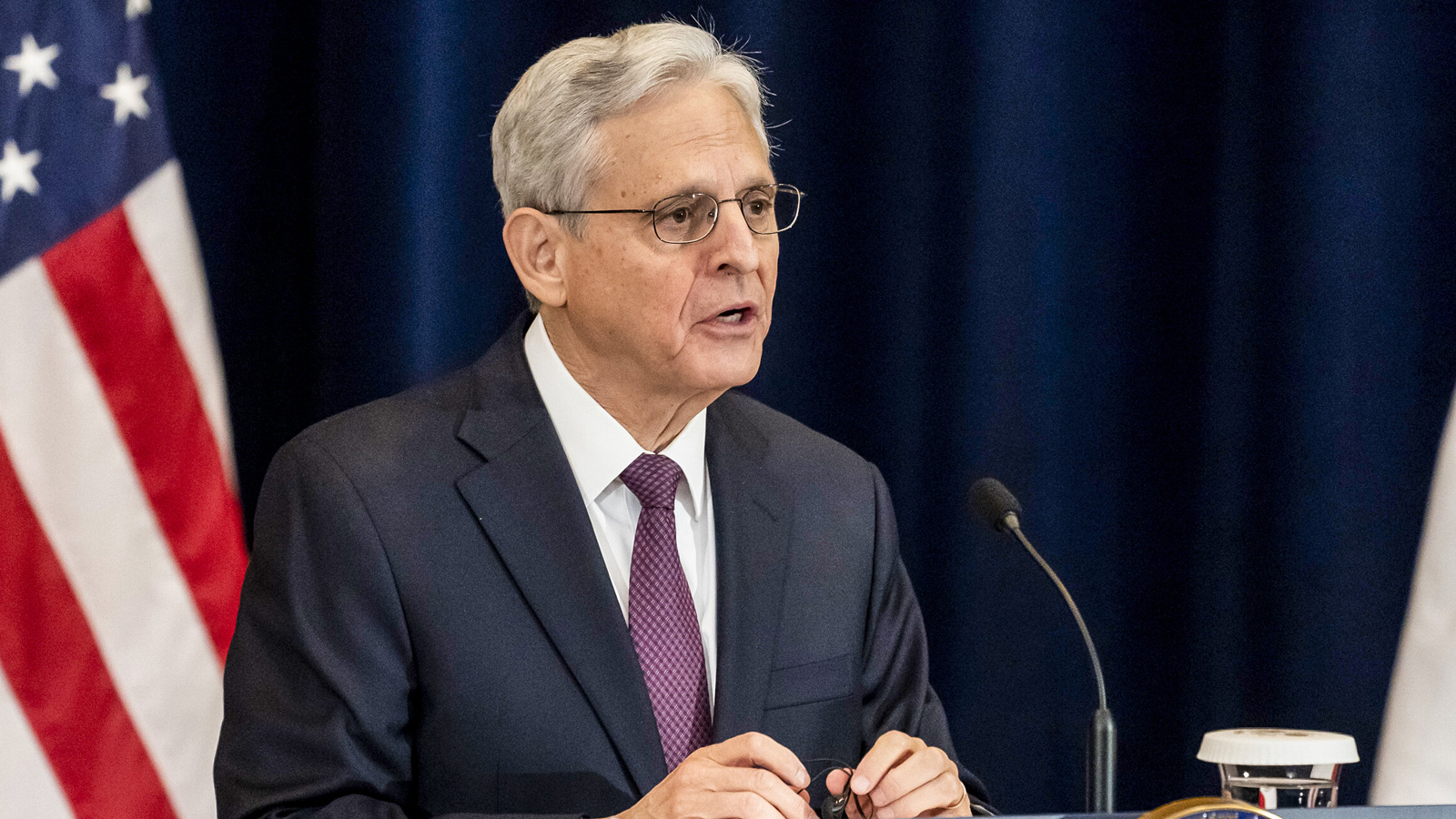 Well, when I’m wrong, I’m wrong, and I said I’d be back to correct the record. While initial reports suggested the DOJ was going to reveal an influence scheme by a nation-state on Monday, leading to widespread speculation (including by me) of election interference, the actual story turned out a bit different.

According to AG Merrick Garland, The FBI discovered two Chinese spies who attempted to bribe agents to help a “PRC-based telecommunications company.” 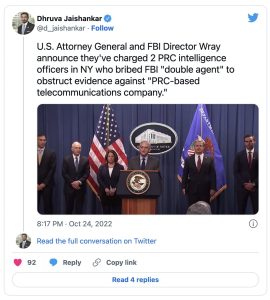 In response, FBI Dir. Christopher Wray said that as the CPC continues to lash out, they will continue to be countered by the FBI.

If the CPC continues to violate our law, they will continue to encounter the #FBI, says the federal agency's chief #ChristopherWray

I’m not sure how big of a deterrent that is if the only punishment here is the charging of two Chinese nationals. You’d think something like this would elicit a broader response given China’s aggression in attempting to steal technology and undercut the economies of other countries.

The problem is how intertwined China has become with the United States. We are essentially in a tit-for-tat relationship much like the one that existed between the US and Russia during the Cold War. Everyone is trying not to overreact, but in the end, that seems to embolden the bad actors.

Regardless, my apologies for questioning whether Garland would try to politicize his announcement. It appears, in this case at least, that the FBI and DOJ actually did their jobs.