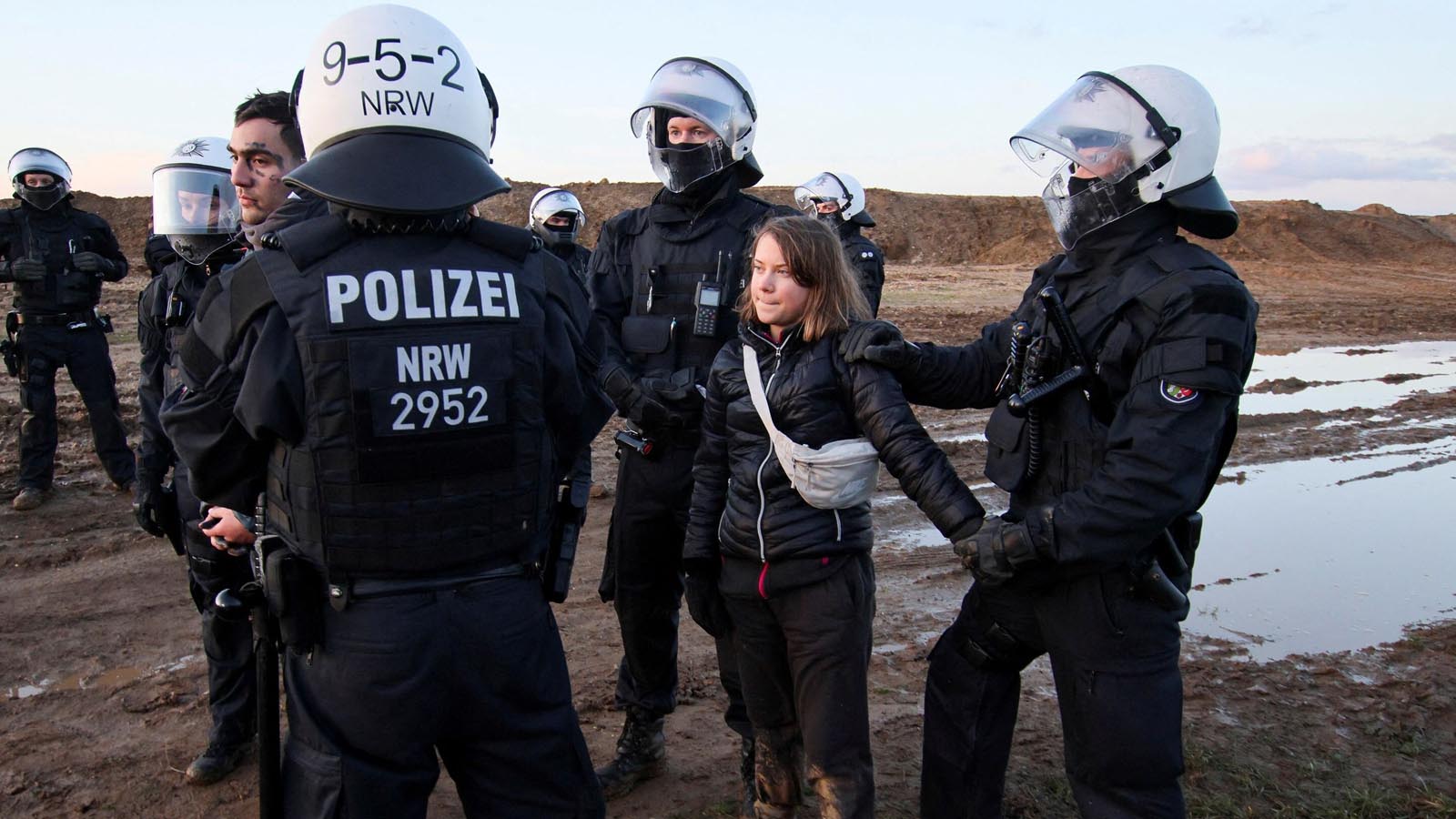 The only relevant question regarding this environmental kerfuffle is how much the production costs were. In the United States, Joe Biden has been engulfed in a classified document scandal, and we’re about to hit the debt ceiling this week, so Greta Thunberg’s arrest in Germany probably got little to no attention. But the little green terror is still trying to sell the Western world that energy is evil and a Neolithic style of living is the only way to avert Armageddon.

To save the world, we all must live like poor Neanderthals—and these people wonder why no one gives a baker’s you-know-what about their agenda items. We must work every day; climate change is a worry wart for the very white, privileged, and wealthy.

Thunberg decided to import Swedish misery into Germany, which hadn’t been done since King Gustavus Adolphus in the Thirty Years’ War, to protest a coal mining project.

She was arrested during the protest, but some still before her detainment seemed scripted. Did she stage this—I wouldn’t be shocked if she did (via Reuters):

🚨 Greta Thunberg has been detained by German police while protesting a coal mine. pic.twitter.com/OOJ93tQHQZ

Climate campaigner Greta Thunberg was detained alongside other activists on Tuesday during protests against the demolition of a village to make way for a coal mine expansion but was released after an identity check, according to police.

Thunberg was held while protesting at the opencast coal mine of Garzweiler 2, some 9 km (5.6 miles) from the village of Luetzerath, after police warned that the group would be removed by force if they did not move away from the edge of the mine.

The village in the western state of North Rhine-Westphalia is being cleared to allow for the expansion of the mine. The mine’s owner, RWE agreed with the government that it could demolish Luetzerath in exchange for its faster exit from coal and the saving of five villages originally slated for destruction.

What do you think? And we already know what the reaction from their side will be: if you challenge the authenticity of this girl and her activism, how dare you?! Some quickly note that it looks like the little Thunberg stunt was something out of the playbook of Rep. Alexandria Ocasio-Cortex (D-NY), who was accused of faking her “arrest”near the Supreme Court when they issued the Dobbs decision that overturned Roe v. Wade.

And yes, AOC faked her detainment, are you nuts? Some classic drama queen antics here.

LMFAO Greta literally staged being arrested for the cameras.
pic.twitter.com/qGNurU0lrO

Where have we seen this before 🧐
pic.twitter.com/YmzYUnlhiP