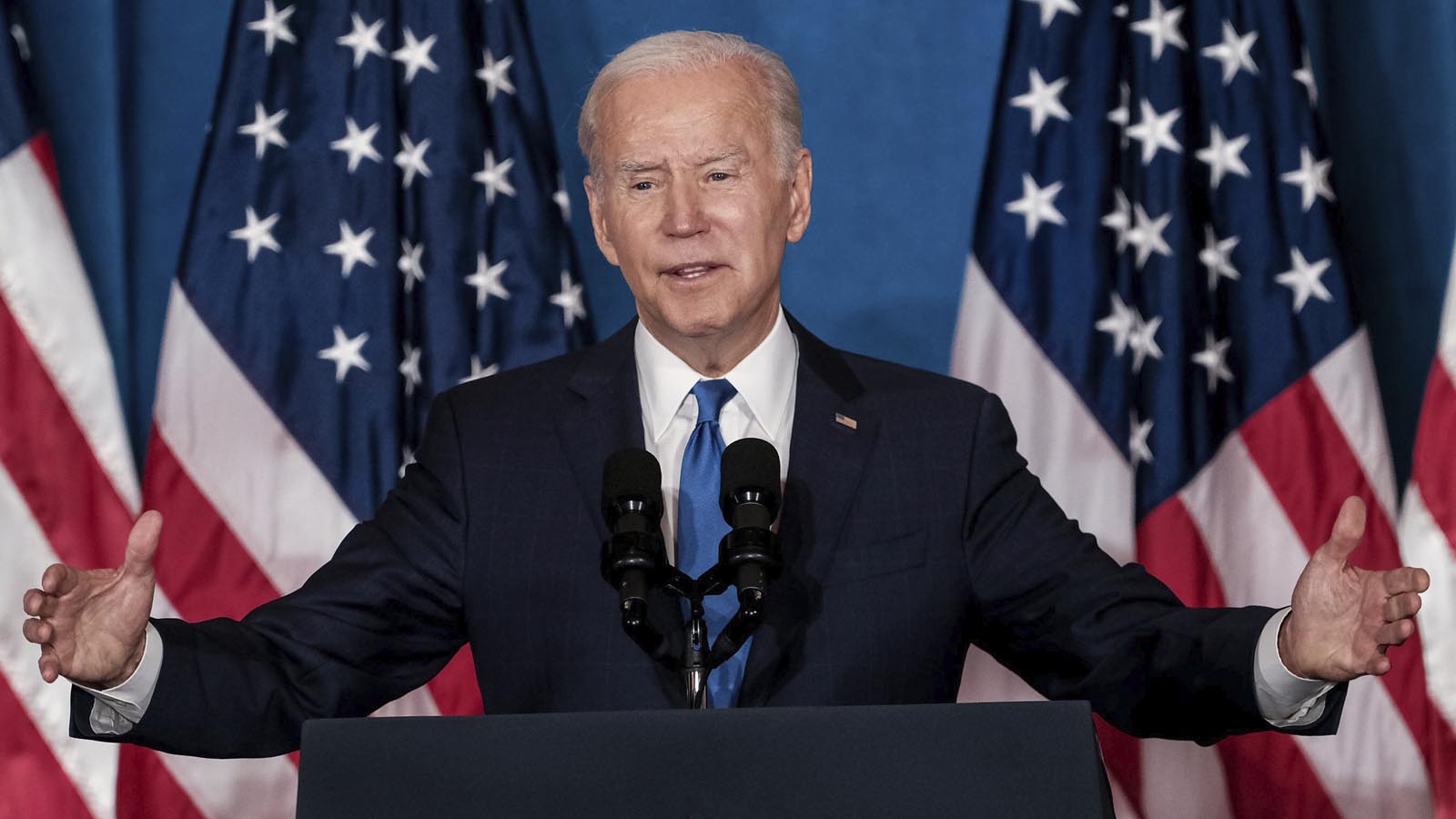 On Wednesday, President Joe Biden delivered yet another divisive and rhetorically dangerous speech against his political adversaries.

He warned of the threat posed by Republican “election deniers” and said they may not be willing to blindly accept the results of the upcoming midterm elections.

However, Twitter users were quick to point out that something was notably absent from Biden’s speech. 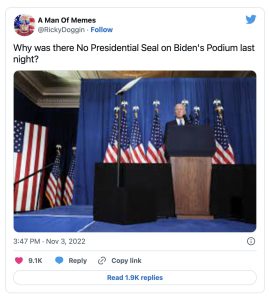 While the absence of the presidential seal may at first seem insignificant, the Association of Mature American Citizens noted that “the missing seal is symbolic, as it represents the United States of America missing a true President.”

“The presidential seal is a symbol of American pride, prestige, and exceptionalism. Since Biden has taken office, America’s border, economy, military, morale, and reputation have all been destroyed. The missing seal from Joe Biden’s podium was noticeable, but fitting because America is missing its president,” the article concluded.

While painful to admit, it is hard to argue with AMAC’s assessment of the current state of the country.

Obviously, Biden is the president, but over the past two years, Biden and his administration have done so much to wreck and divide the country that it has become nearly impossible to say that America has any true leader.

Basic amenities like food and gas are fast becoming unaffordable for the average American as inflation rates hit historic highs.

Crime rates continue to soar across the country, especially in cities run by leftists who have adopted a soft-on-crime approach to dealing with criminals.

Meanwhile, the southern border is wide open, as illegal migrants continue to cross in numbers never before seen and a record number of migrants die while attempting to cross the border.

Then there are the massive foreign policy failures such as the disastrous withdrawal from Afghanistan and the ongoing war in Ukraine.

In the midst of all these crises, the president, when not trying to downplay or deny the problems facing Americans, has only further divided the nation by trying to divert attention toward the phantom “threats to democracy” posed by his political opponents.

With the midterms only four days away, and no real plan in place to address the very real problems faced by America today, Biden and the Democrats seem to have adopted the strategy of demonizing the Republicans in order to distract from their lack of leadership.

Thus, the lack of the presidential seal at Wednesday’s event was frankly rather fitting. While Biden does hold the office and title of president of the United States, he has done next to nothing that would make him a true leader.

Contrast this with former President Donald Trump. During Trump’s presidency, whenever he gave a speech, there was no question about who was in charge.

With another Trump bid for the presidency seeming more and more likely, perhaps we can begin to hope that true leadership will soon return to the country.