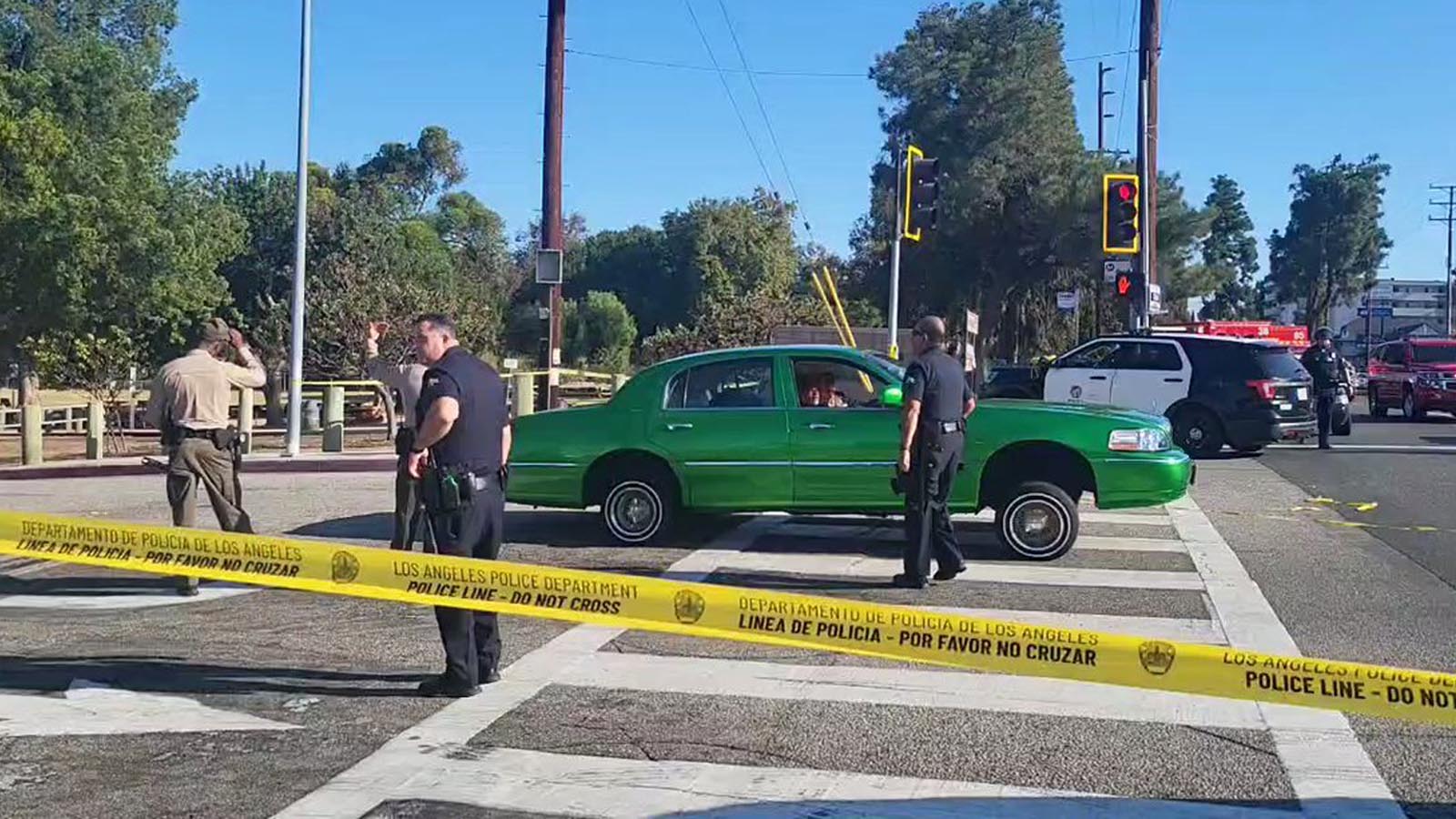 At least five people are wounded and two are dead in a mass shooting at a car show in San Pedro at Peck Park Sunday afternoon.

The shooter (may be more than one suspect) is still at large.

According to Orange County Register reporter Eric Licas, the shooting was described “as a dispute between two parties” that led to gunshots fired.

I'm across the street from Peck Park in #SanPedro, where a shooting broke out that left multiple people injured. @DailyBreezeNews pic.twitter.com/kIHaTnXdMf

Children were also in attendance at the car show when shots were fired.

Flashy cars with modified suspensions left the park after the shooting.

People waiting near yellow tape say there was a car show and a community baseball game, with children in attendance, happening at the park when multiple gunshots rang out. Several customized classic cars with flashy paint jobs and modified suspensions now seen leaving the park. pic.twitter.com/OigSn4bMLy

At least seven people have been injured after reports of a shooting at Peck Park in San Pedro.

Two of the victims have died after being transported to a local hospital, Los Angeles City Fire Department captain public information officer Erik Scott announced during a press conference.

Sky2 was over the scene as a Los Angeles Police Department officer performed CPR on a male victim.

The shooting took place at the park’s baseball diamond after an altercation broke out during a game, according to LAPD.

Scott confirmed that this was not an active shooter incident.

LAPD said there is no one in custody at this moment and it’s unclear how many suspects were involved.