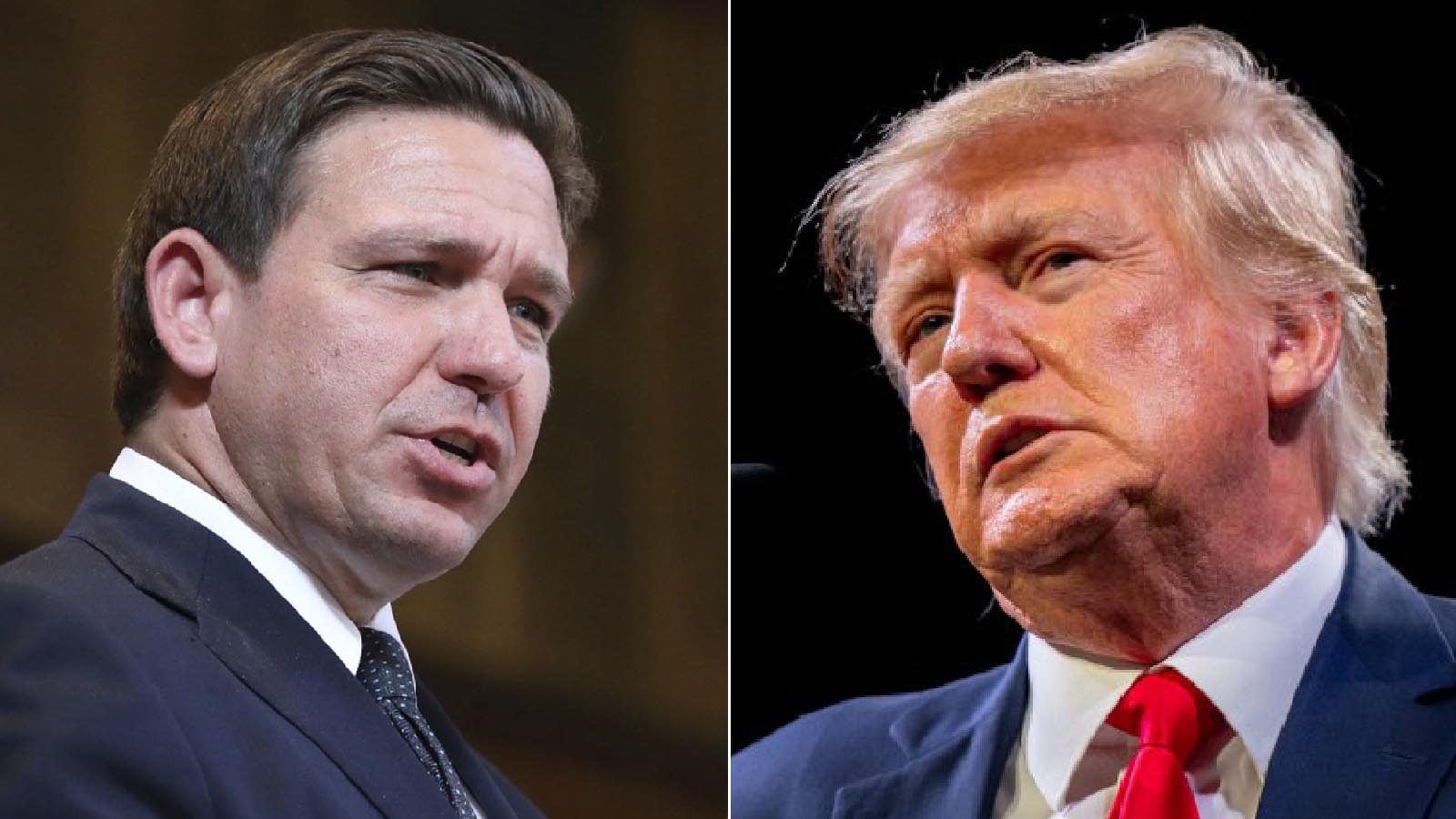 Let me be clear here. I could vote for either of these guys in 2024. I could easily vote for Donald Trump again in the next election. That’s not a tough sell. I could also back DeSantis. It’s not the choice here for us. It solely rests on what these two want to do for the 2024 election. The Western Conservative Summit’s straw poll had the Florida governor beating the former president, but it was not a resounding victory. Look, if I’m Ron, this is all good news, but Trump shouldn’t be disappointed either. It was very close (via The Guardian):

Conservative activists in Colorado have again placed Florida’s governor, Ron DeSantis, a rising star in Republican circles, above former president Donald Trump in their preference for their party’s 2024 presidential nomination.

DeSantis won 71% of the vote to the former president’s 67% in the straw poll, which was taken during the weekend’s Western Conservative Summit in Denver and means little in itself. Participants are allowed to offer multiple responses.

But there is a growing perception that Trump is losing his previously impenetrable grip on the Republican party, having achieved mixed results in endorsements in recent primary elections ahead of November’s midterms.

And a NBC analysis published on Sunday suggests Trump is mulling a third run at the White House which he is considering announcing imminently, in part to deter a growing field of likely other Republican candidates, some of whom might be sensing blood in the water.

They are said to include former vice-president Mike Pence, the Texas senator Ted Cruz, the former secretary of state Mike Pompeo and Nikki Haley, the former South Carolina governor whom Trump chose as US ambassador to the United Nations.

“I’ve laid out my case on why I think he should do it,” Trump adviser Jason Miller told NBC.

“I think that … clarity about what his intentions are [is important] so he can start building that operation while it’s still fresh in people’s minds and they’re still active.”

DeSantis, who has earned the admiration of conservatives for a range of Republican “culture war” legislation in Florida including restricting the rights of the LBGTQ+ community, Black voters and even Disney, has refused to rule out a run at the presidency, regardless of whether Trump runs again.

What’s unsettling about this is the proximity between the two among conservative voters. They both clinch a good chunk of support from the base. If they duke it out, it could get very bloody which is what the Democrats and the liberal media so desperately want. It’s the only thing Joe Biden could have going for him possibly. Chaos on the other side of the aisle is usually beneficial for the opposing campaign, except the wild card here is Joe’s mental health. He’s ridden by brain worms. The economy won’t get better under Biden, we’re still going to be dealing with a host of domestic crises that he will be two or three steps behind. The GOP beating themselves up could drive a wedge. I’m not sure. All I know is that if we have a united front around one candidate early and out of the gate, the more chances we have at hammering this guy and his shoddy record. There needs to be a talk between the two.

Ron is a young man. He’s primed to be re-elected governor of Florida, and there’s more of a window for his presidential aspirations. Due to Trump’s age, this is it—and he could slip into retirement, enjoy his money, his family, and his total renovation of the Republican Party. No more headaches—though he’s also one to prove that he was right about everything especially relating to Joe’s agenda. Trump has mountains of cash behind him potentially. He has 80-plus million followers on Twitter should Elon Musk acquire the platform. Both sides can raise cash, however. Both men are popular with the base. Both can have campaign infrastructure up and running at a moment’s notice, and both can punch back at the liberal media.

I just don’t want a civil war amid what could be one of the most winnable elections for us in 2024. Debate among yourselves, but seriously—I can vote for both gentlemen in a heartbeat. It’s how we get to the general that worries me a bit given these results. I know straw polls are not the holy grail here, but you know both men capture the base. They’re the face of the GOP. It could be nasty if they go to war with one another.